Mariano González Zarur, Governor of the State of Tlaxcala, speaks about progress in terms of security, investment opportunities and the thriving tourist sector of a State small in territory, but big in ambition. Legal certainty, administrative simplicity, efficient labor and a strategic location, Tlaxcala grows at a determined pace and invites everyone to come and see. 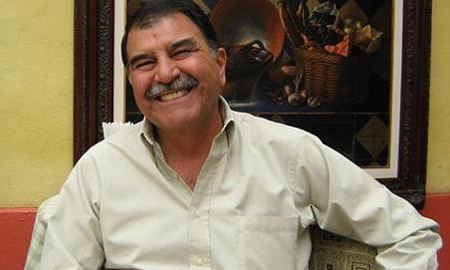 MARIANO GONZÁLEZ ZARUR, GOVERNOR OF THE STATE OF TLAXCALA
SHARE

MARIANO GONZÁLEZ ZARUR | GOVERNOR OF THE STATE OF TLAXCALA

The Interior Ministry is intent on supporting greater union and collaboration between Federal and State police forces so that they may be able to end the insecurity, which gets a lot of media attention in the United States. How have you been working to keep crime rates down in Tlaxcala and to eradicate the human trafficking problem that exists in the State?

We have a National Security Council and State councils. We also have strategy groups and are divided into zones. These organizations have periodic meetings in which they share experiences, practices and systems from each of the zones with the general objective of battling delinquency and finding solutions. We are the third safest State in the country. What we do here is that we have an extraordinary coordination between all the institutions related to the matter of security (the military zone, the Federal Government though the Interior Ministry, the Federal police, the attorney general’s office, the Ministry of Security of the State, etc.). On the subject of human trafficking: it is a calamity we are suffering and we are doing everything we can to eradicate it.

Security and transparency are probably the two most important factors to awaken the interest of investors. Tlaxcala is one of the country’s smallest States but institutionally speaking it’s also one the most complex. Does this favor or harm the quick processing of initiatives that support policies directed at benefiting the interests of investors?

GZ: One of our main objectives is to use the tools for development that any State has. On the one hand, the correct administration of public investment and on the other, the promotion of private investment. In spite of having been behind for years, statistics now show we are on the right path. We have regained credibility and trust in the authorities. We are the third State with the most tools to create businesses. We have reverted the indexes and today we are receiving investments from many parts of the world. We have also done a very mindful job in terms of tourism and we have stopped the fall of tourist activity and hotel capacity, growing by 5 percent, 10 percent and 12 percent in our first three years in office.

Last December the Ambassador of the United States spoke in favor of the investment opportunities he sees in Tlaxcala. Tell us about those opportunities.

First I have to say that we have done a great job of informing the Ambassador, because he used to have a perception of Tlaxcala as an insecure State, and he had other ideas that strayed from reality, which we have confronted with statistics and investigative work. Like the Ambassador, many people in Mexico don’t know Tlaxcala and what happens here: we have job security, legal certainty, security, administrative simplicity and an advantage that distinguishes us from all the other States: personalized attention.

How are you working towards putting Tlaxcala where it deserves to be as a tourist destination?

We have done a great job of promoting it. We have recovered much of our roots. We started the Tlaxcala fair and we are working on tourist promotion. We are working on our urban image and we have improved our infrastructure and the quality of our services.

Is it true that 96 percent of urban electrification has been instituted during your time in office?

Thanks to the agreements we signed in 2011, 2012 and 2013 and the one we are going to sign this year, we hold the first place among States in terms of electrification. This State isn’t easy to govern because of the political fragmentation we have. This last project didn’t come from a political party; it was a project for the citizens that fought for a real change, for the State to be able to progress.

How will the constitutional reforms being made serve the interests of Tlaxcala?

All of Mexico will benefit from them, not just one State. Many of the States are industrialized and that generates internal competition amongst us. We have to know how to profit from the advantages and make up for the disadvantages.
The President has been able to generate equilibrium amongst political forces by forming agreements with the different currents. Thanks to that he has been able to make the reforms possible. He isn’t thinking like a ruler, he is thinking like a statesman. Because he might not see the benefits of these reforms, but they will benefit all of Mexico and the future generations. We are on of the most open countries in the world and that will make it possible for us to access different markets. Also, we are prepared to receive investments from Asia and Europe that can be added to the ones we are already receiving.

How would you define the character of the people of your State?

They are warriors; they are demanding people. But they are also hard workers, people you can get along with and come to agreements with, if you know how to handle them. You have to know them first to learn how to treat them. The potential is here and the economic growth is well on its way. We have to keep on working this way and make the best of the advantages we have. When the economic production is on the right track, then all the rest –the hotel business, visitors, industry, education and health– will also come together. This makes it possible for Tlaxcala to improve its situation and for everyone to benefit from our development.

What is Tlaxcala’s greatest challenge? What is your personal obsession?

For me, the most important thing is to deliver the State in a better condition than it was when I received it. To work to improve statistics and the indicators that measure the States factors. I can’t have a personal project or obsession because Tlaxcala was in such a bad shape that these have to be six years of development for all. And with this I am referring to all areas: health, education, tourism, industry, infrastructure, services, etc. The essential thing for me is to improve the people’s quality of life. That the economic indicators translate into real improvements for the people and for them to have real development opportunities. To make that possible it is very important to stay in touch with the people and to know what they are feeling and what is going on. From there, we can start leveraging development by promoting private investment and managing public investment. In this sense, I agree with the President in terms of generating a development that transcends my time in office and generates opportunities and a better quality of life for everyone in the future.