Tatarstan: The best place in Russia to do business

Interview - February 6, 2013
Since its establishment in 2011, the Tatarstan Investment Development Agency (TIDA), under the direction of Linar Yakupov, has been a roaring success. In 2012, its first full year in existence, it was instrumental in attracting FDI to Tatarstan, an autonomous republic within the Russian Federation which saw gross regional product (GRP) swell to $40bn in 2011, a phenomenal 150% increase since 2005 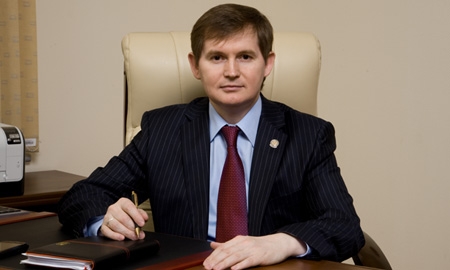 Foreign investors have been flocking to Tatarstan, partly thanks to TIDA’s efforts at promoting the republic’s potential as a trade and investment hub of Russia. FDI stood at $856mn in 2011, a 71% increase in 5 years. In 2011, TIDA was solely responsible for attracting $99.5mn, almost 12% of total FDI, despite being only established in June of that year. In 2012, preliminary figures suggest the agency can be credited for attracting an incredible $577mn in FDI.

TIDA’s success story can be attributed to the extensive efforts it has made to promote Tatarstan globally. It has held a number of successful investment forums at home and abroad. Considering its incredible achievements in such a short space of time, it is no wonder that TIDA has put itself forward as a candidate for Vice President of World Association of Investment Promotion Agencies (WAIPA), of which it has been a member since 2011.

In an interview with Worldfolio, TIDA Chief Executive Linar Yakupov, speaks about why Tatarstan is the best place in Russia to do business, and TIDA’s important role in making the world recognise this.

Tatarstan is renowned for being friendly to foreign investors and some really interesting legal incentives have been put in place to attract foreign investment. Why in your opinion is Tatarstan the best place to do business in Russia right now?

I think Tatarstan is different to many other regions in Russia because the Tatar nation and people have been innovative in terms of trading and developing relationships.

We understand that today, in order to compete on the global investment market, you need to be on par with best practices that are available in the world. We have an investment law in the republic, and in August 2011 we lobbied the public-private-partnership (PPP) law and we have an investment declaration where we have included priority projects of the Republic for the coming years.

I am sure that our special economic zone in Alabuga is the most successful of its type in the Russian Federation to date. More than US$1 billion has been invested already, and there is a commitment to invest another $2 billion in special economic zones. We offer financial incentives and free utilities, and land prices are very affordable. We have ready-made products for investors who are willing to come and establish their facilities here.

The special economic zone, Innopolis, which is divided into two parts (one is just next to the airport, and is for logistics and high-tech production, and another is for the IT industry) will be another additional product to bring in investors who are not getting involved in heavy industries, but service industries, IT and high tech. That is the basic framework that we have for investors. I think the greatest signal that foreign investors received recently was the establishment of TIDA back in 2011.

How is TIDA helping the region attract this investment?

TIDA is a one-stop shop into Tatarstan and it deals with projects from conception to the implementation stage. The idea of establishing the Investment Development Agency was supported and initiated by our president, who realised that in government, we needed a specific body that catered for investors. TIDA is at the same stage as all the ministries in the Republic. Even though I am the chief executive, I am the only chief executive who is a member of government, without being appointed as a minister. This helps me facilitate relations with investors.

What are the key economic sectors you identified for investors to invest in?

Since 1947, Tatarstan has been an oil extractor. We extract around 30 to 35 million tonnes of oil per year. For the past ten years, the figure has remained more or less the same, because we do not want our economy to depend too much on oil and gas, so we stabilised the extraction rate. Therefore our economy is growing as a result of other sectors.

In the oil industry, a lot of products have been downstreamed in Tatarstan. We are involved in the petrochemical industry for instance. We hope that 30% of petrochemical products that are produced in the Republic of Tatarstan will go all the way up to the end product level. This means that a lot of companies will be able to work in this market. So many products can be used in the automotive industry, households, etc.

Then we have machinery and auto components. We are very industrialised, and that creates a lot of space for auto components to be produced. We are self-sufficient in terms of agricultural products, but there is still a lot of room to further process meat, wheat, etc., so that the can be taken into international markets.

In terms of construction, we are number three in the whole of Russia. This means that we can have a lot of companies in the construction industry over here, and construction materials are in high demand. We are importing materials like cement and tiles, so that could be a potential area. Furniture manufacturing is another area too. Then we have new industries like IT and telecommunications, pharmaceuticals and medicine, food processing, service industries and tourism. More can be done in order to accommodate companies in those sectors. We believe that these will bring our economy to the next level. Also, in terms of IT, if I am not mistaken, we want it to contribute at least 5% to our GDP.

What about the Halal industry?

By food processing, we also mean Halal. There are so many Muslims in the UK, and your readers might be interested in finding out about this industry. We are positioning Tatarstan as a hub for Halal production in the whole of Russia. We are quite advanced in terms of licensing and testing, and giving certificates and establishing support from manufacturing, logistics, retail and so on. We also propose to international companies that we are a one-stop centre for the Halal industry, where we take Halal food and distribute it to other regions in the Russian Federation. We have around 20 to 25 million Muslims living in Russia, and that creates a market that you can really capitalise on. And half of our population are Muslims, so they are more than happy to get involved in Halal industry activities.

In terms of Islamic financing and banking, we are the leader in terms of launching and initiating these new services, which have never existed in Russia before.

Please tell us about the Smart City Kazan and how it will contribute to the development in the country.

Since we were building something new, we decided that it would be a good idea if we used the latest technologies available in urban planning and development. This is how we got involved with the concept of a smart city, and we went to visit some other countries with smart cities. We started working hard on this project in 2012.

By the end of February, we will have a complete master plan. We have around ten investors willing to get involved in different aspects. We identified the first phase of the project, which is an integrated station, a transit hotel, expo centre, business park, hospitality school, and technology campus. It was never about building a city; it was about offering international services to the business community, not just in Tatarstan, but in the region and in the Russian Federation. Kazan has the status as the third official city in Russia. Business costs are definitely competitive and we are an attractive alternative for companies that are developing in the region and exploring new areas of the Russian Federation. We want to be their hosts. We have a lot of investors that request international hospitals, schools, good residential areas and offices, so we are going to provide this as well in Smart City Kazan. We will definitely provide financial incentives also. We are doing something which has never been done before in Tatarstan.

What are your views on future bilateral relations between Tatarstan and the UK? How will Russia’s entry into the WTO help these relations?

Being part of the WTO is definitely good news. We realise that it will help FDI. It will increase exports in the country. We strongly believe that the WTO will be an opportunity for us, and we will be able to use all these opportunities. We will be able to improve our companies, and that is a good sign because it shows that there is a bigger market for them given our WTO membership. Tatarstan is already in a very attractive market, where 50% of the Russian population are within a 1,000 km radius. Seven out of eleven major cities are also situated within a 1,000 km radius. We will definitely gain from it.

When it comes to British companies, we have around five or six projects that are in the service industries. I also believe the investment forum that we held in London will open up the Republic to many potential investors

What final message would you like to send to the British readers?

I think Tatarstan is a region of Russia that is a leader in many areas. The fact that we are a leader makes us work even harder. That makes us provide the best facilities and services to investors who come over. We have expertise and good human resources in the republic. The Government is very open, and the infrastructure is improving every day. We have ambitious plans for the Republic of Tatarstan and we will improve when it comes to transparency and governance, and the facilitation of business. British businesspeople should look at Tatarstan as a stopping zone to access the increasing number of business opportunities in the Russian Federation. We always position ourselves as a bridge or a hub. This is where you start from. We are proposing a high-quality, affordable and very friendly entrance to the Russian Federation.