Particularly specializing in aircraft, ICT and real estate leasing, President & CEO of Fuyo General Lease Yasunori Tsujita discusses his company’s competitive advantages and how it can offer products that differ from those available from Japan’s banks and Fuyo’s competitors. 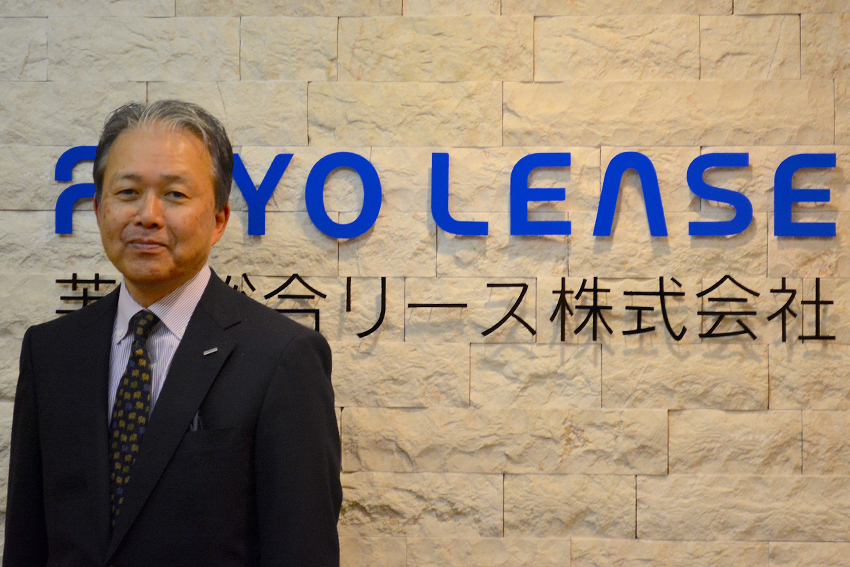 What are the main opportunities that globalization is opening for Japanese companies?

Japan has been suffering from a negative demographic growth for decades. Unlike Japan, some countries, like the USA, have installed flexible immigration policies to reverse this tendency. Furthermore, America has a dynamic population. We would like to take advantage of progress in the globalization of the market.

For a number of years Japan has experienced a complicated economic situation, with a lack of growth and deflation. However, the economy has been showing some signs of revitalization since the application of Abenomics. The total lease transaction volume increased 4.4% in 2015 and this year seems still better with a 6.4% increase until July according to the Japan Lease Association. What policies have had the greatest impact on the finance sector?

There are three. First of all, Abenomics has stimulated domestic investment plans. Secondly, Prime Minister Abe traveled all over the world, and his visits fuelled partnerships. As a matter of fact, India recently approached a Japanese company to support its electricity production. To a large extent, Minister Abe accelerated the globalization process of Japanese companies by advertising our country overseas. And last, Abenomics proposed structural reforms to revitalize our regional competitiveness.

Two weeks ago I had the opportunity to visit neighborhoods of the stricken Fukushima nuclear power plant, an area that has been a restricted residential zone. In Fukushima, there is a electrical transmission facility owned by a Tokyo electric power company, which was expected to be connected to the second and first power plant; but no one is working on it as of today, because of the nuclear power plant accident.

Near the electrical transmission facility, our company has been building solar power plants. Our operations are predicted to start in March 2018 and contribute to the revitalization of the disaster areas. In this manner, Fuyo, as one of the major leasing companies, plays a significant role in offering risk money to support the challenges Abenomics has faced in revitalizing regional operations.

Where could the current Japanese finance and leasing regulatory environment be improved?

Although banks are regulated by the banking act and regulations, as a leasing company, we have not been directly affected by this regulation. After Lehman Brothers’ bankruptcy, international governments started monitoring financial institutions to prevent such failures. Because we are not affected by banking regulations, we have a greater liberty of operations, which is not limited to leasing activities only. This freedom allows us to act in diversified business areas.

Established in 1969, Fuyo General Lease is today a global company. Can you tell us more about your origins?

Orix, Mitsubishi UFJ Lease & Finance, Century Tokyo Leasing, Sumitomo Mitsui Finance and Leasing, and Hitachi Capital are the top five Japanese leasing companies. However, real estate leasing is your core business. How are your real estate leasing services different from those of your competitors?

Our real estate lease is different from the competitors. The reason our company has been growing at such a steady rate in this area is because our group has forged long-term relationships with powerful companies. This mutual relationship of trust has fostered our business growth and made our services appreciated and demanded.

Trust is our competitive advantage, and if you combine that with the freedom we enjoy in real estate and leasing, we are able to provide solutions that banks cannot offer. For example, one of our most successful activities is to diversify the use of otherwise vacant buildings. Quality of service is what differentiates us.

One of the goals of the government is to attract 40 million tourists by 2020. This objective demands a greater offer for infrastructure, and especially in hostelry. How is Fuyo Lease positioning itself with regards to hotel leasing?

We have been receiving inquiries from corporate customers who wish to turn their land into business hotels and resorts. Our company utilizes these parcels of land to build infrastructure. We own and provide the buildings, as hostelry companies run the management.

Recently, in the Kawasaki Innovation Gateway (King) SkyFront, which was designated to be a special zone for international competitiveness development by the Japanese government close to Haneda Airport, we announced a plan to make a real estate lease of the hotel. Those free lands are utilized in a meaningful manner and contribute to attracting a greater amount of visitors to Japan. We have also begun initiating building leases for nursing care home facilities.

In July 2014, you acquired Aircraft Leasing and Management Limited, a British firm engaged in aircraft-related services. Bearing in mind your objective to have 100 aircraft leased by 2019, what can you tell us about the attractiveness of this sector?

The number of aircraft leased by Fuyo Group reached 82 by the end of June. We are focusing on types of aircraft that are expected to have a high market value as used aircraft in the future, therefore we are mainly leasing medium-sized machines such as B787-800 and A320, called narrow body aircraft. These types of aircrafts have efficient fuel economy and are an affordable size, and have been widely used on such routes as connecting regional cities. The LCCs (low-cost carriers) are driving the growth of this market, and future demand is expected by the airlines of the emerging markets.

Asia has a relatively high potential. However, the British-American market enjoys a powerful lobby and a positive business environment, which leverages its capacity. In the US, we collaborate and invest with local companies to harvest this potential. We are purchasing overseas lease-receivables to facilitate the business with national and international companies.

How are you positioning yourself to take advantage of these US-based merger and acquisitions?

We want to start from what we are competitive at, such as airplanes and computer lease businesses. Once we are successfully implemented, we will expand our activities to diversified real-estate operations.

The US is the birthplace of the most well-known hotel chain operators in the world. How are you working to capitalize on the increase of the demand for hotel rooms in the run up to hosting the Tokyo 2020 Olympics?

There is no specific plan right now. When we find strategically located land owned by corporations, we acquire it before approaching US and EU-based institutions to propose the location in order to enhance their activities.

With a solid background in the financial sector, you were appointed this year as president of Fuyo General Lease. What do you hope most to accomplish as president of this company?

The typical answer would be to tell you that my ultimate aim is to make the company bigger and more profitable. However, size does not guarantee stakeholders’ trust and respect. So my primary objective is to enhance our relationship and reputation in the eyes of our stakeholders.