Biotechnology has been identified as a potential new growth engine for the Korean economy, as the government grapples with a decline in traditional exports. The country has one of the most advanced medical systems in Asia. Dr Jeong-Sun Seo, President of the Korea Biotechnology Industry Organization (KoreaBio), outlines his vision for the sector based on the optimization of technology for the development of precision medicine that can benefit people across Asia. 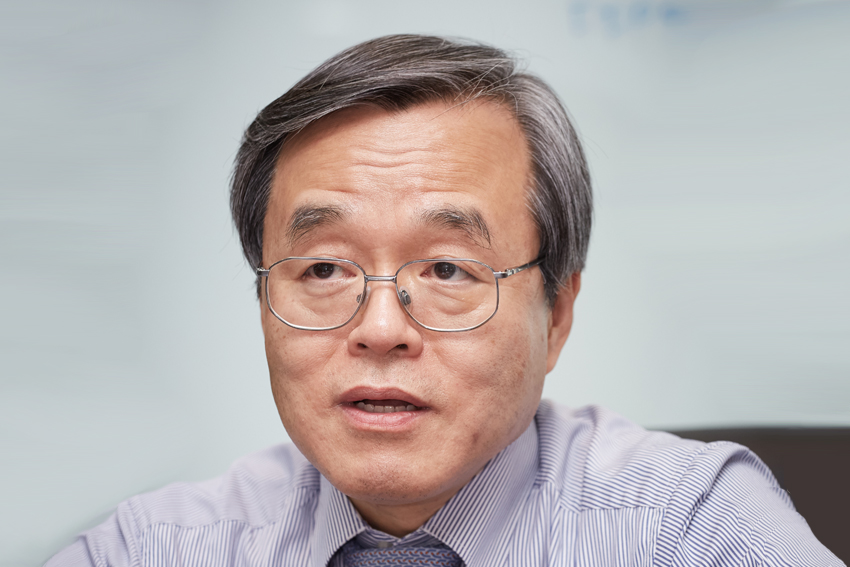 South Korea’s economic progress over the past six decades is known as the “Miracle on the Han River”, but as traditional exports decline in a slowing global economy, Korea is being forced to look at developing new potential growth engines. How do you assess the potential of biotechnology to be a strong engine for future economic growth?

There are many different fields in biotech. Red biotech, related to hospitals and the healthcare system, accounts for 80-90% of the sector. One of the problems of the 21st century is the exponential rise in the cost of healthcare with the acceleration of an aging population. This is true even for the most developed economies, such as the United States. If this is not adequately addressed, some experts predict the US healthcare insurance system will go broke by 2025. Around two thirds of healthcare expenses go towards caring for cancer patients in the last six months of their life. The high cost and low efficiency makes this an unsustainable healthcare system.

Korea and the United States have a very special relationship in healthcare. In 1955, about 100 professors from Seoul National University trained in the US under the Minnesota plan, supported by the US government. We have not only replicated the US healthcare system, but also have improved the system to provide a more affordable care for the patients. The Korean healthcare system has three key advantages to initiate precision medicine in Asia.

Firstly, Korea has one of the most advanced medical systems in Asia. There are 100,000 doctors who practice the standardized Western medical system. Therefore, developments in precision medicine in Korea and the US can be shared bilaterally.

Secondly, Korea has state-of-the-art IT infrastructure with standardized and transferable electronic medical records (EMR). The Seoul National University Bundang Hospital, for example, has an outstanding EMR system. The integration of EMR and genomic information is expected to dramatically enhance the current healthcare system.

Thirdly, Asians have population-specific genetic content, and understanding Asian-specific variations is critical for implementing precision medicine in Asia. My company, Macrogen, is a key player in Genome Asia 100K, which aims to investigate and understand such population differences.

Another key advantage Korea has compared to the US is that we have fewer stakeholders in the healthcare system. Therefore, our government can effectively control the stakeholders, which allows us to follow a clear strategy.

There were a total 975 biotech companies in Korea as of 2014, but 60% were start-ups with limited financial resources. How you rate the effectiveness of current state support mechanisms for bio-tech start-ups and small enterprises, and what role does the Korea Biotechnology Industry Organization play in nurturing start-ups and small firms in the sector?

Okay. That's a very good question. Korea has always been a “fast follower” in our main industries.

However, in biotech, no one quite knows the way forward. All countries involved in biotech are starting on the same line.

There needs to be a swift paradigm shift from that of the fast follower to that of the first mover. That's the biggest challenge for Korea. The Korean government understands the need to support biotech startups and venture companies. The ministries in the Korean government, however, are too competitive with one another. The Health Ministry, Industry Ministry and the Science and Technology Ministry, for example, compete with each other for influence in the biotech sector. We need a single control tower to oversee and nurture this valuable sector. Our government still instinctively has a top-down approach, but for the future of the biotech industry, a bottom-up approach could be more effective.

Government initiatives by themselves are insufficient. We also need to learn as a society to tolerate failure, because ventures by their nature are highly risky endeavors. People need to have the confidence to try new ideas and know that they will be supported and that even if they fail, they will not be condemned. We need young Koreans with imaginative ideas for startup companies. We need to adapt our education system to foster creative minds and fearless entrepreneurs. We unfortunately don’t have that at the moment.

Here at KoreaBio, we are looking to support 1,000 startups within the next 3 to 5 years. The experiences from both successful and failed startups can lay the foundation for the biotech ecosystem. Medical doctors should be looking for biotechnology business opportunities. We expect around 50% of biotech startups to come from medical doctors.

My advice to the Korean government is we have to import the framework of the American healthcare system. We are able to not only adapt to the framework with ease, but we have consistently shown ourselves to be able to innovate within the framework. I think the Korean system and the American system complement each other. As I have mentioned before, the quality of the Korean healthcare system is on par with that of the US, but it is much more cost efficient. We expect similar progress with the precision medicine initiative in Korea, and then Asia. That is my belief.

KoreaBio was established in 2008 and has approximately 300 members, who have entrusted you to represent them as their President. On the Macrogen website, the company you founded, you talk about your employees “being encouraged by the infinite vision of bio industry.” Can you expand on your personal vision for the Korea biotech industry and the role of KoreaBio within it?

There are two sectors that can be growth engines of major economies. One is the entertainment business and the other is the healthcare business. When the basic needs are fulfilled, people wish for continued health and longevity, especially with a rise in the aging population. These needs can only be fulfilled by the biotechnology industry and its growth is of absolute importance. The new startups must meet these demands. KoreaBio, together with the Korean government, wants to support these ventures by easing regulations and by fostering collaboration between the various stakeholders.