High demand for Japanese real estate is set to continue for the next couple of decades, particularly for ideally located sustainable smart cities, according to Eiji Kutsukake, President of leading property developer Nomura Real Estate Holdings, Inc. Mr Kutsukake outlines to The Worldfolio the reasons why foreign investors and developers would be wise to look into Japan’s real estate sector. 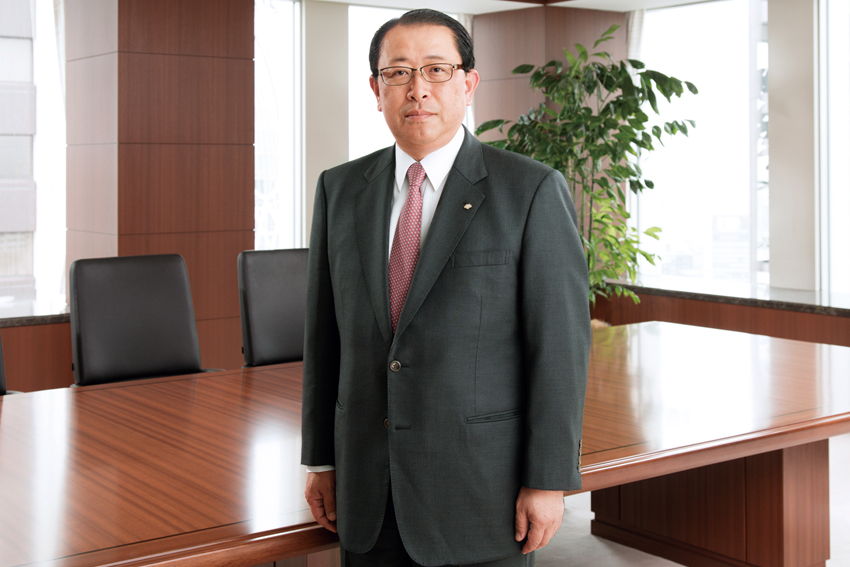 What are your thoughts on the impact of Abenomics and its representation in international media?

Recently, Abenomics has received harsh criticism. I think the reasons for this negative publicity are the elections and economic downturn; however, at its core, I believe Abenomics has had a positive impact since its implementation in 2012. Among the three arrows of Abenomics were financial policies that I think have worked particularly well for our economy. I also think that Mr Kuroda (the governor of the Bank of Japan) played a significant role. His inflation target was not high, but I believe it worked.

We are waiting to see the effects of the negative interest rates in the short term. In the long term, there will be some negatives and positives of Abenomics, but I believe eventually there will be a positive effect overall. This is contrary to what the media is popularly reporting.

Abenomics places a great emphasis on opening Japan’s economy to the world. Nomura Real Estate Development represents this spirit of internationalization, considering that it belongs to a group now present worldwide and with plans to invest 300 billion yen in overseas’ activities. Could you tell us more about Nomura Real Estate Holdings’ global strategy?

We have established group companies abroad: Nomura Real Estate Consulting (Beijing) Co., Ltd in China in 2012, Nomura Real Estate Asia Pte Ltd in Singapore, in 2015, and Nomura Real Estate Hong Kong this year. We intend to expand our overseas business in those three countries by leveraging the knowledge of products and service planning that we have gained in Japan.

Specifically, we would like to improve the housing business and leasing business in Asian countries, which have witnessed increasing needs for real estate because of economic growth.

As our first overseas project, together with local business partners, we are now planning a housing development project, viz. the construction of a condominium with more than 2,000 units in the Phu My Hung area of Ho Chi Minh, Vietnam.

Proud, a residential brand of Nomura Real Estate Holdings, is not only the name of the most important residential estate membership program in the country, but also the name given to your company’s sustainability philosophy. Nomura’s “Smart & Growing” environmental vision focuses on creating next-generation condominiums. Could you explain how the environment is at the core of your strategy?

Fourteen years have passed since we launched Proud, our residential brand. Our housing development history can be traced back to 1961, when the company undertook a construction project in Kajiwara-yama, Kamakura-city. Over the course of 55 years, we have developed roughly 200,000 housing units. We have witnessed various changes during this period―the high economic growth after WWII, the collapse of the bubble economy, the bankruptcy of Lehman Brothers, the Great East Japan Earthquake, etc. Real estate developers must respond to the social changes exemplified by those events and develop properties in accordance with the diversified needs of our customers.

Now, Japan is experiencing social shifts, such as a population decline, low birthrate, diversification of working styles due to women’s participation in society, an increase in energy-saving consciousness, and so on. With the hope of reacting to those changes, we will develop sustainable cities represented by Smart City, which is energy efficient, as well as cities in which multiple functions are concentrated, and communities where various generations live in harmony.

We will embark on development projects by facilitating our knowledge accumulated over many years. One of the projects which has drawn attention is Tsunashima Sustainable Smart Town Development. We will make the project a success based on our experience obtained through the construction of Funabashi Morino City and Zutto City.

One of the most, if not the most, symbolic projects at Nomura Real Estate Development is the co-development of Tsunashima Sustainable Smart Town, in collaboration with another Japanese giant: Panasonic. Do you believe that this sustainable smart city represents the future of sustainable real estate development?

As I mentioned earlier, we have abundant experience in the large-scale development of smart cities including Funabashi Morino City and Zutto City. Not many Japanese developers have dealt with such a large-scale development. The Tsunashima project will be a new challenge for us because the city embraces various facilities, such as an energy center and a hydrogen station, unlike existing smart city projects. This is a new challenge for us but we've made headway, and are aiming at a success.

The G7 Summit emphasized the importance of contributing to society. At Nomura Real Estate Holdings, the more your group grows as a leading real estate brand, the heavier the responsibilities it carries. What role has Nomura Real Estate Development played in improving people’s lives? Why is “being part of society” so important for you?

This is our culture. We really enjoy talking about ideals and idealistic things. We are very passionate. We talk about big ideas and encourage creative ideas. For example, if we are working on a project, we not only discuss if it is profitable, but we also consider whether or not we should do it. We always talk about why we are doing this project, for what kind of future, and how can we contribute to society by doing so. We also talk about big societal problems such as the future of Japan with declining population with the aging society and declining birthrate. We always discuss these sorts of issues, and how we can contribute to creating a better community. That is the tendency of our company.

The population of Japan is shrinking so it is very important for more investors to come into the country. What are you doing to attract more people to invest in Japanese real estate?

The population is aging. The senior population between 50 and 70 are what I call the active senior population, and this segment will increase by about a million people, which make a total of 14 million. This generation is a little wider than the baby boomer generation. They have finished raising their children, and have more disposable income and time to spare. Because they have gone through the economic boom, they tend to prefer convenient locations and multifunctional locations. An example of such a location is our Proud Tower Tachikawa, which is an hour from the center of Tokyo and is an all-in-one complex. They tend to prefer this kind of convenient location that has everything within reach. I believe the trend of senior people purchasing this kind of condominium complex near the Greater Tokyo Area is going to continue in the next 10 to 20 years.

I want to mention that despite the declining population, there are still possibilities for developing markets and developing business in this segment. And there is still potential in the future as well.

Currently, this is a super senior market that is large and still growing, so we are developing service residence projects in this segment, especially ones like the sustainable Proud city projects, like the one in Tsunashima. We are looking at the projects where multiple generations live within one place for 30 years. People in their 30s and 50s reside within a complex with people who are 80.

We learned from our mistakes during the economic boom. At that time, we developed a project and all our customers were in their 30s. When they aged, the town became a ghost town. We learned that a balanced community is more important to have with multiple generations within the community. This makes the community more sustainable in the end.

The Japanese real estate sector has always been a very strong pillar of this economy. There is enormous potential still and that is drawing a lot of international investors and developers to come to Japan. The most interest is coming from America. Why is Nomura Real Estate Development the ideal trusted local partner for these investors and developers?

In Japan, large-scale developments are on their way, aiming at the 2020 Tokyo Olympics. The government has supported various projects in order to internationalize Tokyo. Following the Olympics, a variety of redevelopment projects are planned. Since the market is getting active, lots of investment has been attracted to the Japanese real estate sector.

We have a real estate investment company, and REIT (real estate investment trust) business. Especially in inviting investments from abroad, I think our REIT market is very, very big. The US has a big market, but in Japan the scale is still 7 to 10 trillion yen, so I think we have great potential in this area. REIT is one, but when foreigners invest in Japan, they look for exits in terms of results. But I have questions myself in answering this question because are American investors looking for long-term or short-term investments?

Talking about foreign investment, there was an article that says that one trillion dollars will be injected in the real estate’s global markets and that most of this FDI in Japan will come from North America. It’s really about perfect timing as you said, talking to the right person in the US. Are you looking at the developers or the investors?

I would like to tell them that the REIT market has very high potential in Japan. It could expand tenfold. And with the current situation in the United States, I believe there is high potential. We have a rental and leasing business model that, for example, we list on Amazon then sell the project to Nomura Real Estate Master Fund. I believe this business model is very attractive for investors, especially with negative interest rates. This one has 4% to 5% profit, so I think this is a good and sustainable investment.

What would you like the world leaders who gathered at the G7 Summit to remember about Japan? Today, what should brand Japan stand for in the eyes of the world?

I would like to tell them that Japanese strength comes from the power of organization and how to effectively run and organize. We are very easy too and good at accepting new ideas, and ingesting them in our own way. For example, when Commodore Perry came to Japan in the 1850s, he brought many new things to Japan. We accepted them and used them within our organization, and made them work for us.

Another thing I would like to say is that after the economic boom, we looked around and saw the problems of a declining birthrate, declining and aging population, and many regulations. In order for our country to keep going we have to go through something similar to the Meiji reformation, where everybody went through a large reformation. We need something like this in terms of regulation and change. We really need to keep in mind that we are at a threshold where everybody has to work harder in order for our country to keep going.