Investing to support the growth of the Japanese economy

Mr. Kiyoshi Otsubo, Chairman, President & CEO of Rengo Group, sits down with Globus Vision to talk Abenomics, how his company is capitalizing on Japan’s aging society and much more. 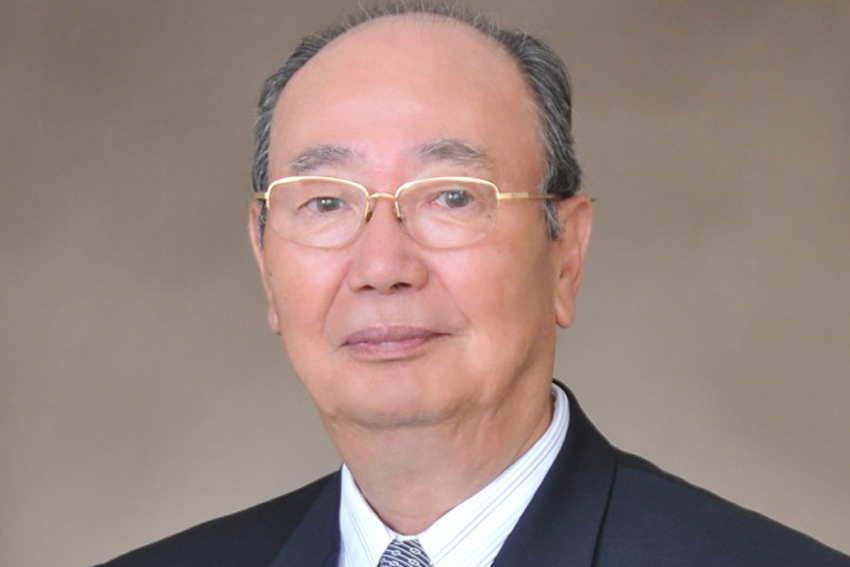 Abenomics consists in three arrows policies. Aggressive monetary policy, a flexible fiscal policy and the third it's a new growth strategy. It's the new growth strategy that should be supported by companies in the private sector, such as Rengo.

In Rengo, as a private company, what we did was that firstly, we invested to support the growth of the Japanese economy. Secondly, we provided incentives to stimulate employees’ spending so as to promote consumption.

So investment and consumption encouragement is how we supported new growth strategy of Abenomics. In terms of investing in the future, Rengo invested heavily into biomass incinerator power plants switching from petroleum fuels to using biomass, which is a much more eco-friendly source of energy.

In regards to the consumption, we raised our salaries and increased our bonuses of our employees. By spending this money, our employees will be able to increase Japan’s economic consumption.

We have also implemented measures to deal with diversity and Japan’s aging society. This includes rewarding employees who have a third child with one million JPY, and I believe Rengo is a pioneer in implementing such a policy.

Indeed, before implementing this measure, only about ten persons each year in the company had a third child, but this rose to 25 after implementation. 25 employees mean 25 million yen a year for the company, but if anything, we were able to increase our productivity.

Since its founding in 1909, Rengo has continually responded to the needs of the market and provided value-added packaging to become one of the largest packaging companies in Japan. Indeed, Rengo’s net sales have been steadily growing, with 523 billion yen in the fiscal year 2014. What would you attribute this impressive growth to?

Collectively, we call this "General Packaging Industry" at Rengo. "General" comes from Mr. Jack Welch of General Motors. In fact, I know Mr. Jack Welch because after Mr. Welch retired, he was involved with an American company called Graphic Packaging International.

That's what the general packaging industry has from "General". The general means that in total. Also, not only are we into corrugated packaging, we are also into paperboard, folding cartons, flexible packaging and heavy duty packaging, and overseas businesses, coordinating these six core areas to bring about greater synergy.

Using this management philosophy, Rengo has also built an extensive overseas network with 55 plants and 9 sales offices, but what are your international ambitions for Rengo? What are your top priorities for international expansion?

As we established our business in Hawaii, we also received an invitation from Select USA. The basic driving guideline that we followed as we expanded overseas is localization. It is about how to delegate management responsibility to the local site. Instead of starting off with 100% full ownership, we first enter into a joint venture with a leading local company.

We give this company the management responsibility, but we provide them with Rengo's know how and technical capabilities. It is about nurturing and growing the local company and becoming a trusted partner.

For instance, while our Hawaiian operations are owned 100% fully by us, only one management executive and two managers are from Rengo.

The others, including the CEO, are all locals; this is the same for all other overseas Rengo companies. We rely on local people, empowering them.

Regarding your quasi-trademark “GPI”, is this the brand name to use when selling and promoting your products overseas? Will you be using the GPI brand name as you expand overseas, or are there other brand names?

The name of the company is Rengo. GPI is the corporate statement. However I thought maybe we could change our name from Rengo to "General Packaging", like "General Motors" [Laughs]. We always use GPI together with the name of Rengo.

Our motto for dealing with our customers and potential customers is based on three S’s: Simplicity, Speed, and Self-confidence. What the customer wants is a product that uses less energy to produce and emits less carbon dioxide when used, and so we focus on such products to meet our customers' needs.

Furthermore, we need to add even more value to our products. This is summed up in our concept of “Less is more.” “Less is more” is the fundamental of Rengo’s product development.

For example, with regard to reducing carbon dioxide emission in the production process, we have made this our number one priority management issue to be tackled. Also, we are focusing on productivity – “Less is more” in productivity.

Not just productivity of the production process, but also total factor productivity, which is about how to carry out operations as efficiently in as short a time as possible.

To produce more with less resources.

Yes, right. Talking about productivity, after World War II, a productivity campaign was launched in Western Europe, with the European Productivity Agency proclaiming in Rome in 1959 that “productivity is above all things a state of mind” and giving rise to its definition.

While numbers come to mind when talking about productivity, but it is closely linked to our mentality and emotional state.

In these times of intense climate change debate, environmental friendly pioneers such as Rengo are in huge demand. Taking this opportunity to reach out to the heads of state and the many political and economic leaders reading this report, as well as Newsweek readers in the U.S., where President Obama has just announced an enormous climate change initiative, can you tell us why you believe Rengo is the ideal partner to lessen environmental costs in the packaging sector?

There are three factors which you should care about in regards to the environment; air, water and soil. Regarding air, we actively make it a point to reduce greenhouse gases in our production process.

In fact, as manufacturers consuming energy and producing greenhouse gases, it is vital for us to reduce dioxin gases so as to reduce our environmental impact. As for water, the water used in the production process is sanitized after use.

Finally, the soil or earth is our topmost priority and something that we must handle with utmost care. We knew the importance of these three factors, a n d that is why these three areas are our environmental conservation priorities.

At its core, Abenomics aspires to make Japan’s economy more international and in many respects Rengo is this success case study of a Japanese company that is very successful domestically and is now transforming into a global company. What advice would you give to other Japanese CEOs and chairmen who would like the follow Rengo’s footsteps and create truly global companies?

Global refers to a world without borders. But even as we do away with borders, states continued to exist. You cannot just erase nations and states. Mr. Jack Welch calls it “boundarylessness”.

While many states exist in the world, we should work towards removing borders through economic and political cooperation. This links back to localization, where we recognize each other’s existence, respect differences and trust each other.

In this sense, “boundarylessness” and “localization” refer to the same thing.

In this “boundarylessness” world the importance for countries to brand and communicate their strengths can never be overstated. Taking this opportunity to reach out to one of America's leading media outlets, Newsweek magazine, how would you like our American audience to perceive Japan? What's your take on Japan’s branding?

I have a lot of experience in Europe, the U.S. and Asian countries and based on my experiences, I believe that Japan and the U.S. have very similar mentalities and foundations upon which our societies rest; strong democracies with vibrant capitalist economies that support equal rights for all its citizens.

This is largely because after World War Two Japan started receiving American culture.

Especially in our business of packaging, a very good balance is maintained between Japan and the U.S. because while we learn the business side of things from the U.S., we provide the U.S. with technical knowledge and know how. I like the U.S. very much.

Thank you very much.