ICT regulators letting “innovation lead, and regulation follow” has created a dynamic telecom sector in Kenya and enabled operators to advance and flourish. Bob Collymore, CEO of Safaricom, the region’s largest and most sophisticated telecom company, discusses the impact it is having on Kenyan society, and why Kenya leads in such an important sector. 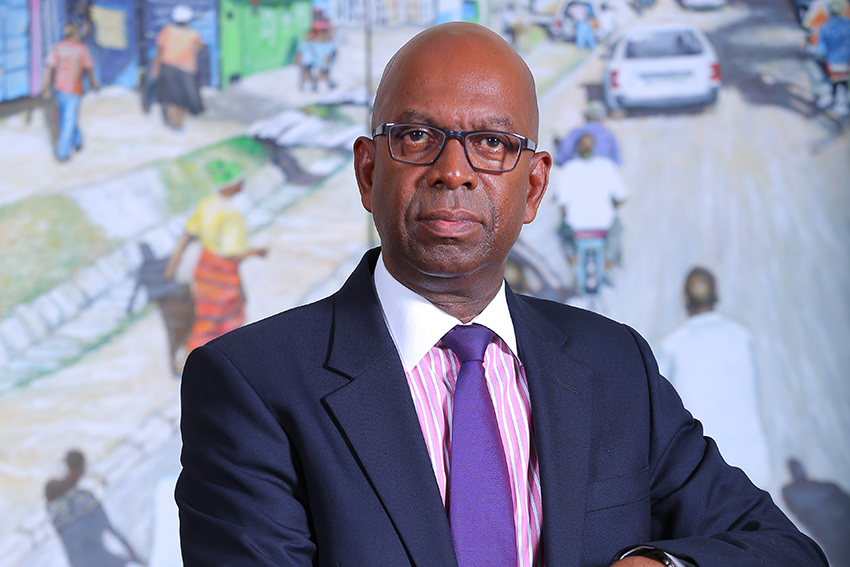 What is the real impact that Safaricom has on Kenya’s economy?

We have found that the telecommunications sector in emerging markets often contributes quite significantly to a country’s GDP, especially in Africa. KPMG recently did a True Value Report on Safaricom, which evaluated the real impact the company has on Kenya’s economy and people’s livelihoods. We felt it was very important for us to understand how our business operations, environmental blueprint and social investment impact our ecosystem and the Kenyan economy as a whole. The findings were astounding. We discovered that the company’s growing presence has supported impactful economic development through new innovations within the mobile and banking industries, and it has boosted the country’s GDP while creating new jobs. If the wider effects on the economy are included, the company’s operations in 2015 had generated, KES 315 billion ($3.16 billion), or the equivalent of 6% of Kenya’s GDP. Safaricom has also sustained over 682,000 direct and indirect jobs, and directly contributed KES 54.8 billion to the Kenyan government’s revenues.

This is just one company – if we were hypothetically to translate the impact of a company of relative size would have in the UK, it wouldn’t be contributing as much. Mobile technology has the ability to heavily contribute to a country’s health and education sectors, and financial inclusion. If you take broadband access more generally, it’s clear that it lifts the economy and the people out of data darkness, almost literally, into a more enlightened world.

Let’s look at education. In Kenya, we have been able to provide internet access to rural schools, which will be phenomenal. It will help school children to leapfrog from the 19th century to the 21st century by just simply getting internet access.

The efficiency that is brought by ICT into the enterprise sector is also transformative. Businesses can become much more efficient through the deployment of simple tools like cloud-based computing, for example.

How is Kenya a leader in ICT development within the region and sub-Saharan Africa (SSA)?

Kenya is certainly a leader in ICT in the region and also in SSA. It is home to the region’s most sophisticated and largest telecommunications company (Safaricom) who leads by quite a margin. Secondly we have a very well educated human resource pool. As a nation we have embraced technology, in some ways more than many other markets have. M-PESA is a phenomenal example; at least 80% of the Kenyan adult population has used MPESA. The use of electronic wallets in this country is way ahead of the rest of the world and this is only just one example of how Kenyans embrace technological innovation.

I would also look at the vast number of innovation hubs that we have in Nairobi. You have iHub, iLab, mLab, and all manner of variations of those four characters. The innovation sector attracts many Kenyans, but beyond that it is also attracting many non-Kenyans. You’re as likely to hear a few Californian accents hanging around these labs as you are to find some Chinese, some British and Canadian. Go to an iLab Africa and you’ll see that it is a little mini Silicon Valley in the making.

Please expand on the key to M-PESA’s success, alluding to the fact that neighboring countries are struggling to recreate it.

It is a combination of different factors. First and foremost there was a need for innovation and people were receptive to new technology that made many communities’ lives easier.

Secondly, and most importantly, from the very first day we had strong government support; the regulatory environment in Kenya was sufficiently liberal. They said: “We don’t understand this innovation yet so let’s not kill it before it starts.” Our regulators let innovation lead, and regulation follow. We have in place some strict rules around KYC, around limits, frequencies of payments and reporting. All of those rules followed the innovation, and it followed as the regulator understood the product better. In most other markets, regulators move to regulate from the start, which stifles its growth.

Bearing in mind the success and growth Safaricom has had over the last 15 years, how are you ensuring the company is still part of local communities’ livelihoods?

We are firm believers that the role of a business is to uplift the society in which it exists, and also of course to protect this society in which it exists. A business must be sustainable in the long term; promoting and advocating for a community where peace and justice reign; where inequality is reduced, (and preferably removed). This is not to mention things like climate change, and respect for human rights.

As the biggest company in Kenya, we have a significant responsibility and a key role to play in our environment. We don’t call it CSR... We just call it running a business, because we think that is the way businesses should be run. It’s the right thing to do.

In regard to our shareholders, we have been clear that we want to manage the business in a responsible, transparent and professional way. It is only then that you’ll get the returns. So we don’t start off by saying: “Our commitment to you is to give you superior shareholder return,” as most other companies do.

How is Safaricom playing a larger role in an ecosystem and working together with government to tackle security issues?

A thriving economy is clearly important to a company like ours, and it’s not going to thrive if you have security threats every week. We have teamed up with the government to introduce a project involved in connecting 195 police stations in Nairobi and Mombasa to 4G Internet. The system aims at assisting police and other law enforcement agencies with combating terrorism and other criminal activity. Upon completion, the system will be operated by the national police service under the expertise of a core team comprising senior officers from the National Police Service and communications experts.

The system will play a significant role in combating not only terrorism but also petty crime, making Kenyan communities safer and encouraging more tourism. The system will have analytical capabilities allowing for movement recognition from the CCTV footage that will be relayed to the command and control center in real time.

However, one of the key challenges in deploying projects of a technological nature has always been the human element. The technology can be as good as you like, but if you do not have the right human resources or continuous training then the technology will become obsolete. This is why Safaricom is working very closely with the National Police to create a transformation program that will raise the officers’ ability to use sophisticated products, and which will increase their core knowledge of such solutions. We start with the basics, such as hiring the right team to provide high-tech training to maintain and utilize the system to its maximum capacity.

Vodafone has always had a lot of confidence in Kenya, ever since it invested in this company some 15 years ago. Throughout those years, Vodafone has remained committed to the country and I think it’s seen its investment pay off over time.