Philanthropy and generosity at the heart of Kuwait

Interview - March 20, 2014
Philanthropist Dr Hilal Al-Sayer is Deputy President of the Kuwait Red Crescent Society, Board Chairman of Dasman Diabetes Institute, and Board Chairman of the Bay’t Abdullah Children’s Hospital. In this interview with United World, he speaks about the work of each charitable organisation, and as a former Minister of Health, his unique insight into the evolution of Kuwaiti healthcare system and the vital role of the private sector within it 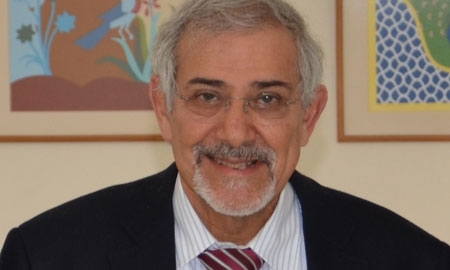 HILAL AL-SAYER | DEPUTY PRESIDENT OF THE KUWAIT RED CRESCENT SOCIETY
How in your opinion does this Red Crescent Society reflect the trait of generosity that is a part of Kuwait?
Regarding Kuwait Red Crescent Society, it is a voluntary humanitarian organization that provides assistance to the needy people affected by wars and natural disasters. We do not discriminate between nationalities, political beliefs, race, color, etc.
This body was formed by 18 prominent Kuwaiti men in December 1965.

We attained legal status in January 1966 and we are the only non-governmental charity in the region as all other Red Crescent societies are government-owned. We have a Board of Directors, President, Vice President and executive committees along with different committees such as International Relations Committee, Disaster Management Committee, Youth Group and Management Training for different individuals, and training programs for CPRs.
We also have a state-of-the-art information center that receives immediate notification if any disaster occurs anywhere in the world. We are part of the ICRC (International Committee for the Red Crescent) based in Geneva. We respond to any disaster that has occurred anywhere in the world – not just in the region.
What was your role in providing assistance during Hurricane Katrina?
After Hurricane Katrina, the Kuwait Red Crescent Society donated $30 million to the American Red Cross. I personally went to Washington to hand over the cheque. While I was there, they gave me a tour of their facilities, which were amazing; they have a fantastic setup.

They distributed almost 1,000 meals a day to the needy which was very impressive. We then flew to New Orleans where they had experienced total devastation due to Hurricane Katrina. We supplied four charters as their charters were destroyed. We also gave them four or five ERVs (Emergency Relief Vehicles) which had ‘Donation of Kuwait Red Crescent Society’ written on each vehicle.
In Baton Rouge, the mayor thanked Kuwait for the generous donation and made me an honorary mayor of the town. It was then decided to celebrate that day every year as the Kuwait Day.
Despite being one of the richest welfare states in the world, Kuwait’s healthcare expenditures take up about 5% of its GDP which is below the developed countries’ market standards. When you were serving as the Minister of Health for many years, you had highlighted some of Kuwait’s main challenges in this sector. What is your assessment of the evolution of this sector in your country today?
I think Kuwait has a very good national healthcare system. It consists of primary care, secondary care and tertiary care.

For the primary care, we have clinics in every area. A Kuwaiti can reach the nearest clinic within 15 minutes. In the past, the primary care system was not developed because no one went to the primary health care centers. People used to go directly to the hospitals and crammed the emergency rooms. We eventually introduced family medicine in our undergraduate training programs, after which most of the primary care centers now have family practitioners who are trained in general practice.

The system is similar to the national healthcare system of the UK, where the GPs are mainly in the primary clinics.
These clinics are attached to a hospital, which represents the secondary care. In Kuwait, we have six main areas called governorates and each governorate has a hospital. When I became the minister, these six hospitals had been built over 20 or 30 years previously and were suffering from shortage of beds.

Patients frequently had to sleep on trolleys in the corridors at that time. So I initiated another nine hospitals to be built next to these hospitals, which were big 8-floor extensions that increased the bed capacity to 4,500.
Then we have the tertiary health care system which is at the medical city in the Sabah Health area where all tertiary healthcare facilities was available for treatment for cancer, eye care, radiotherapy, etc. In order to decrease the load on emergency service departments in hospitals, we launched some specialties in the primary care centers such as X-ray services, dentistry, pediatrics and gynecology departments, public health vaccination programs, etc. so that the public stopped cramming the emergency rooms of the hospitals.
This is the health care system in Kuwait, which has now significantly improved. The clinic services have improved because we started an institute called Kuwait Institute for Medical Specializations. This institute carried out all necessary training programs for our doctors who have graduated from the local medical schools because in the past, all the doctors used to go to UK, States, Canada, Europe, etc.
Kuwait is now planning to expand the role of private sector. What are the main reasons behind this shift to empower the private sector’s role in this field?
I think in the past, they did not realize how important the private sector is.

It is complimentary to the services provided by the Ministry of Health and not against it. When I was the minister, I presented more regulations for the private sector to flourish and we also maintain good relations with that sector. In fact, if certain services were not available in the ministry, we sent the patients to the private sector and we paid for them. So the private sector is an important part of the health system in Kuwait.
The Dasman Diabetes Institute was an initiative of the late Amir Sheikh Jaber with the aim of building a center that not only treated diabetes but also offered other services such as research and development in this aspect. The center can be considered as one of the kind in this field. As the Chairman of the Board of Trustees of this institute, what do you consider are its greatest achievements and what does it mean for Kuwait to have such a center?
When I became the Chairman of the Board of Trustees in September 2009, Dasman Diabetes Institute was not a fully functional  research center.

Therefore, we started by reorganizing the whole staff; we had to hire new staff for research and development projects. Initially, there were only about 7 specialties but diabetes has various specialties because it complicates every part of the body as it affects vessels, which becomes narrow and when that vessel leads to an organ, the organ gets affected. For example, you can go blind, your kidney can fail, you can have heart attacks or gangrene in the legs or the nervous system can get affected and so on.

Unfortunately, Kuwait is third in the world with highest diabetes rate. We came down to the sixth after some islands came up. Irrespective of that, diabetes is a very big problem in Kuwait due to the lifestyle, intermarriages among families that have diabetes causing the genes to remain active in the family, the food, lack of exercise, etc. Now even the young children are suffering from diabetes.
Now, we have 37 specialties and we have a very good research program. We have formed an International Scientific Advisory Board with members from Harvard, Oxford and other such universities who advise the Dasman board on how to carry out the research. Every research project goes to them for approval. So far we have released about 50 papers in the international index journals. Before that, we did not have even one.

These research projects are mainly related to treatment of diabetes. We have a state-of-the-art diagnostic center and a gym for exercise programs. We hold awareness campaigns in schools to teach the students about diabetes as well as dental programs in the schools. The students visit the institute for receive lectures on diabetes from us.
We have international contracts with renowned international institutions like Harvard, London University, Dundee, etc. We have a program with Dundee University through which we train our primary healthcare physicians in diabetes and they receive their diplomas and masters in that regard; we are helping the Ministry of Health in this way.
Dundee University has also electronically linked the systems of primary healthcare to the hospitals as we never had such interfaces before and no records were maintained. Now everything is linked electronically; all the 100+ primary care clinics are linked to the hospitals of the respective areas.
We collaborate with Harvard and Dundee universities; we have been accredited by the European Commission which is the highest diabetic body in the world. We were awarded the Golden Accreditation by Accreditation Canada. There are mainly two good accreditation committees which are the American and the Canadian. We have also been approved as the regional center for diabetes in the Gulf region.
So we have come a long way in the last four years since 2009 and we are very proud of our achievements.
What can be done to tackle the problem from the beginning?
Well that is where research helps. The whole aim of building Dasman Diabetes Institute was to establish a state-of-the-art clinical research center.
It is important to create awareness about the signs of the disease, which is what we are doing by going to malls and setting up stalls to test people’s blood pressure and sugar levels in order to identify those who are diabetic particularly if they are not aware of this fact. So we create awareness by telling them about diabetes and the need for its treatment to avoid complications because the complications resulting from diabetes are severe.

She sat down with Margaret who explained to her about all the services that we needed to provide. That student designed this beautiful building. Bayt Abdullah was officially opened in January 2012 I  The services  are completely free for any child resident in Kuwait irrespective of the race or religion.

Later that year Bayt Abdullah won a world award for interior design. The interior design of the hospice was by the Ohio-based company called NBBJ Architectural and Specialist Interior Designers.