Global viewpoint from one of Japan’s top banks

One of the largest financial institutions in the world, SMFG offers a diverse range of financial, banking, credit, leasing, information and securities services. Chairman of the Board Masayuki Oku explains how the company can be of service to both national and international businesses, and provides an overview of the financial landscape of a nation undergoing great changes and globalization. 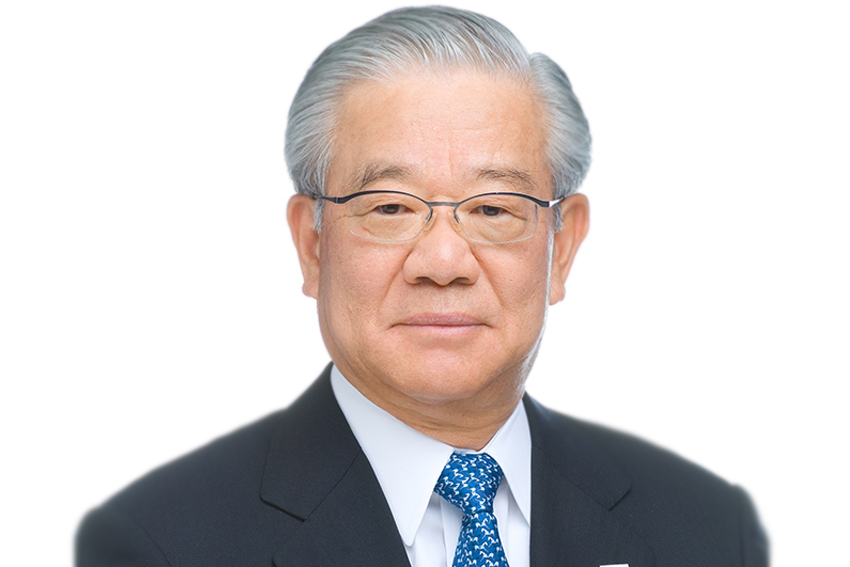 MASAYUKI OKU, CHAIRMAN OF THE BOARD OF SUMITOMO MITSUI FINANCIAL GROUP (SMFG)
SHARE

With an aging society, an increase in single-person households, and more women in the workforce, the culture here in Japan is shifting. Considering you’re one of the main financial institutions in terms of financing, what opportunities does this provide for SMFG?

We are living in a changing world. Particularly, this year may be a milestone year. Changes transform businesses. Looking at the aging society, there may be many new businesses in healthcare, medicine and iPS cells (induced pluripotent stem cells). We invested in iPS cell R&D at Kyoto University about seven years ago, before Dr Yamanaka received the Nobel Prize. Also, nursing homes for the elderly is another good business for the next 50 years. So, a changing society creates new businesses, and we will find them.

On the other hand, although the financial assets of households are increasing, they will start to decrease after hitting their peak some time in the next 10 years. So, we need to change, evolve, our business models.

Since the number of elderly people is increasing, nursing home-related businesses present good opportunities for us. And, although R&D in human longevity is funded mostly by venture capitalists, we are investing in such ventures and also financing pharmaceuticals.

In April 2014, SMBC revised its domestic business structure and wanted to be more flexible and agile to the demands of the local market, adding more value-added services and products. Is this the future of SMBC, or how would you grade this restructuring?

I think in the domestic market, particularly for corporate clients, we are focusing more on the advisory business. A major issue for SME owners is the succession of business or assets to the next generation. We are providing tailor-made solutions to their needs as an advisor.

Another area of strengthened focus is globalization. Japanese companies of all sizes, including SMEs, are entering into or further expanding their businesses in overseas markets.

As a mega-bank, one of the three mega-banks in Japan, we have been strengthening our capability to support such activities of our corporate clients in Asia under our Asia-centric strategy. Western markets are also our core markets, but I think more time is required for Africa.

In line with your consultation services that you were just touching upon, do you anticipate more opportunities for these as international companies come to Japan and to Asia?

That is a very important and growing area for banks. Since the economic fundamentals are firm and the yen has depreciated significantly, Japan is an attractive destination for foreign investors. Japan is also an attractive destination for foreign tourists. In addition to the weak yen, I think safety, security and friendliness are the selling points.

The Japanese economy is gaining momentum and the end to deflation is within sight. The economy could grow at a rate of more than 1% or 2%. Also, Prime Minister Abe has promised to cut corporate taxes to below 30%. Japan is increasingly becoming an attractive destination for foreign investors. However, there are intangible barriers, such as language.

The Rugby World Cup 2019 will be held in Tokyo and several regional cities; and there is also the 2020 Tokyo Olympic and Paralympic Games.

There’s a lot of competition between Shanghai, Singapore and Hong Kong. What would you say Japan, and Tokyo, need to improve to become the hub of finance in Asia again?

The government and the banking industry tried to turn Tokyo into the financial hub of Asia two or three times in the past when only Tokyo had the potential to become one. But now there is a lot of competition from Shanghai, Singapore and Hong Kong. Hong Kong is already a financial hub, and China is trying to turn Shangai into one also. Singapore is the financial hub of Southeast Asia and English is its main business language.

Tokyo is regaining its prominence, but it will take time to catch up to Hong Kong and Singapore. We need to improve the infrastructure, both hard and soft.

What is, for you, Japan's economic revitalization?

Revitalization refers to many things, but the economy is the main issue and deflation is the key factor. But, the end to deflation is within sight.

How are you working to communicate the brand of SMFG/SMBC internationally?

There are two ways. One is through business, how we sell our brand to clients.

We also advertise in the US, but we concentrate on Asia because it’s more cost effective.

What are the keys to Japan’s successful globalization?

I think most of the leaders of Japanese global companies are very active and very outgoing. They try to do a lot and meet many top leaders not only in the business world, but also in the political world. Leaders of trading companies such as Mitsubishi Corporation, Mitsui Company and Sumitomo Corporation, which are much more than just trading companies and leaders of manufacturing and automobile companies, are very active and very confident.

As it leaves behind these two decades of poor economic growth and deflation, what is the new brand of Japan foreign business leaders should see?

I think the top leaders of the foreign business world have never forgotten about Japan. They just found more attractive places like China. I meet with many of them in Tokyo after their visits to China and hear their comments on China. From such meetings and my own visits around the globe, I think Japan, the US and other major Western countries share common values like democracy, the rule of law, and freedom, which form the basis for common understanding. We don’t have that with Russia and China right now. It will take time.

The balance is always changing and the pendulum is always swinging. I don't know if China’s influence over Japan and the US will intensify. I think at this moment the partnership between Japan and the US is very solid, even 70 years after the end of the war. It’s a very unique case. We fought each other in Asia, but now we are very strong partners in the region.

I think that kind of sharing of common values is a very important thing. Our perceptions of democracy, human rights, capitalism and so on change over time, but their intrinsic values remain the same. We have to protect them and pass them on to the next generation.

What would you say has been the impact of Abenomics on the financial services sector and indeed on SMFG specifically?

Well, in general, I think Abenomics is an experiment. More than two years have passed since it was launched in December 2012. I think when [Shinzo Abe] took the helm of the government for the second time, he was well prepared to take it, and announced “the three arrows” – a bold monetary policy, a flexible fiscal policy, and a growth strategy – to revitalize the Japanese economy. The three arrows were later referred to as “Abenomics”.

The first and second arrows, monetary and fiscal policies, brought good results, and the real GDP growth rate in fiscal 2013 was 2.1%. However, in April 2014, the consumption tax was raised by 3%, from 5% to 8%, and consumer spending declined after a rush of buying prior to the tax hike. As a result, the real GDP contracted by 0.9% in fiscal 2014.

However, since Abenomics began, corporate profits have risen to record highs, and wages and employment have continued to rise. Although the real GDP contracted by 1.6% in the first quarter, April-June, of fiscal 2015, employment continued to grow, and the unemployment rate was close to 3% – in other words, close to full employment.

Japan’s economic fundamentals are firm, and I think the end of the 20-year deflation is within sight. I also think that the autonomous expansion of domestic demand has already started, but the question is whether it is sustainable or not. So, the third arrow, the growth strategy, is crucial.

What would you say are the keys to the realization of sustainable growth in Japan?

I think the key factor is improving productivity through innovation and technology.

Of course the world, particularly in the 21st century, is uncertain, unstable and unclear, plus complex. But, in the coming three to five years, I think Japan should and will show sustainable growth.

The second factor for sustainable growth is fiscal consolidation.

The third factor is to reverse the declining population; a very crucial issue for Japan.

With 47 years of banking experience here in Japan, as twice head of the Japanese Bankers Association and vice chairman of Keidanren, in your opinion what are the biggest challenges facing the Japanese economy still?

In terms of enhancing the banking industry or banking activities, I think Abenomics has been a positive factor. The loan balance of Japanese banks has been increasing, particularly to the corporate sector, including SMEs. I think it has changed the mindset of Japanese executives to a more forward-looking one. And, of course, SME owners have to deal with business succession issues; a growing business for banks. I think overall, Abenomics has been good for the banking sector, as well as the economy.

Regarding the financial assets held by households, which have been increasing, households have been shifting from saving to investing, particularly into equities and investment trusts, in the past several years. I think this is a very good trend for the Japanese consumer markets. So, we are actively promoting financial products and services to our retail clients.

What opportunities do you see in the Trans-Pacific Partnership (TPP) for the financial sector, SMFG and Japan?

Well, for the banking sector, I think most of the issues have already been settled, but there are some sectors with tariff issues still to be settled. The lowering of tariffs and easing of restrictions are very good for Japanese banks as they create business opportunities in the TPP member countries. Emerging countries, such as those in Southeast Asia, have high walls against foreign direct investment in the banking sector. If they are lowered, we will have opportunities not only to further develop our business but also to educate the people and the banking industry about consumer finance and other financial products and services.

Although we have already invested in banks in Asia – we have equity-method affiliates, one each in Indonesia, Vietnam, Cambodia and Hong Kong – there are still too many barriers and restrictions. So, the TPP will certainly help us in our endeavor to become a truly Asia-centric institution.

This interview was held in August 2015