From start up to Argentinean leader of innovation

Among Argentina’s four entities known as the unicorn companies – start-ups to have come to the value of $1 billion – is Globant.  Originating in the aftermath of Argentina’s economic crisis in 2001, four friends sat together over dinner to discuss how to recover.  The ensuing agreement resulted in their own startup which now operates in twelve countries worldwide and brings software solutions to the dot-com world’s most prestigious clients.  The Worldfolio’s Nicolas Carver sits down with CEO Martín Migoya to discuss these digital journeys for the company, and its leadership of the Argentine innovative sector. 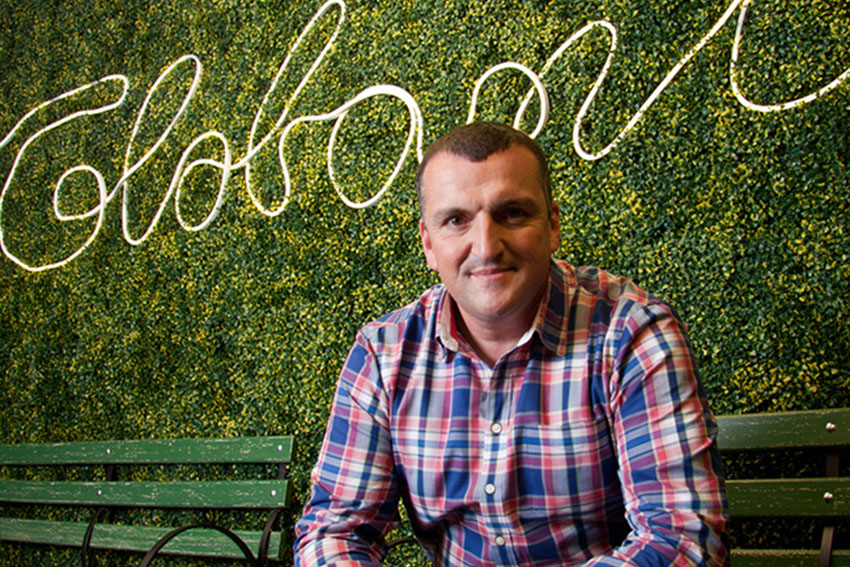 With Argentina’s insertion to the global capital markets, what is your short-term perspective of this change?

What is taking place is a significant transformation of our country regarding international relationships. There are many interested people in Argentina; investors are looking into the country. There is a new positioning for the country and a renewed hope for change. For the first time, I see hundreds of public officials that had a comfortable place in the private sector but choose public service; this has changed the way the government is being managed.

Argentina, despite concerns around inflation and job creation, has a bright future. We have a great country in terms of natural and human resources. We also have a vibrant entrepreneurial ecosystem, which is the engine to create the jobs we need, to attract the investment. We have all the ingredients that will make this a successful country in the near future, however not without effort.

As leader of Globant, what do you require the government does in order to be able to capitalize on the human resources the country has?

We need two things from the government: a stable tax system, and to end inflation.  While some can make money during a time of inflation, it is basically a tax on the poor.

The third thing would be to keep insisting on transforming the Argentine economy from a distributive one to a productive one. For many decades, Argentina's economy was about producing seeds in farms and then producing those seeds for other countries. Our economy should evolve into a more developed one, one in which we use those seeds to produce more value-added goods.

We need to start using our talent to provide value-added services to the world, rather than just raw materials. For this transformation to take place, we need more people studying hard sciences, such as physics, mathematics, engineering, technology. We need the help and the vision from the government, particularly from the public officials that are in the education area.

When President Macri visited you at your office, he was also with the Minister of Education...

It is extremely important that we have the education aligned with the goals of the country. We need to de-mystify hard sciences. This can be done by example.

We made a big announcement in Tandil to duplicate our presence there from 250 employees to the 500 we now have. This is something big for a small city like Tandil. But many thought that our plan to do so was to take employees away from other companies. However, our approach was to build an ecosystem and attract more people.

We decided to go to the local schools and address the seniors who were about to graduate, and explain how technology enables you to get a job and make money. The result was that the number of people who registered in these careers in the Universidad del Centro, in Tandil, trebled. From only two weeks of us talking about technology, this phenomenon took place; imagine if this was carried out across the 53,000 schools there are in Argentina. We cannot do it ourselves, but the government can. It is simple yet effective. What impact has the 2015 change in government had on the outlook of the company?

The private sector now has more clear regulations on how to manage the exports and imports. The unification of the exchange rate market also means simplifying operations.

The simple fact of having the four unicorns standing with the President at the closing of the Argentina Business & Investment Forum also sends a very important message to the rest of the country: that there is a new generation of businesspeople that, in spite of the headwinds and adversity, can build companies that grow in the long and are globally competitive. These companies are built to last, which is the way businesspeople should think.

The President could have sat with other more established businesspeople, but he chose us for reason. I believe his reason was to convey the message to all entrepreneurs in the country that there is a new way of doing business. We were role models – an example of the way businesspeople should behave.

You have recently acquired the American firm L4. This is a very competitive industry, and many of the rivals that you face are big US companies that have access to larger talent pools than Globant has. How has Globant been able to achieve such success in moving the markets in the US?

We are in the business of providing digital transformation for companies. We have set a very clear goal for ourselves, which to become the best company in the world doing what we do. That is a global mission; it is not an Argentine mission and not even a Latin American vision.

To deliver that mission we need to be able to play like leaders in every single market in which we are. We develop and train our people to be the best at what they do. By doing so, we have won over the most amazing customers in the US, the UK and in Latin America.

Our customers are our credentials; they are connected to our culture, to the vision we have as a company. Without them we would not have been able to grow and become a publicly-traded company in the US.

After so many years of building and on focusing on this vision, now we are able to start thinking on particular goals such as how we are going to acquire talent in the US. The fact that an Argentine company acquired a US one is not common; there has been a reverse in the flow, and it will keep on happening.

This was a very special milestone for our country. This is the moment we stop thinking that we are at the edge of the world and we start thinking about being global leaders. Unfortunately, this is not very clear in the mindset of many businesspeople, who do not understand that markets and talent are global. We need to understand it is not about countries but about people. It is about our management team talking to other management teams; it does not matter where they come from.

The US, in particular, is an incredible country in this sense; it is one of the most meritocratic countries in the world. This is why I particularly like the US market and investors. There are people who specialize in different types of industries across the world, and we need investors that understand our industry. These investors are mainly in the US, which is why we did our IPO there.

You have announced an ARS 1.2 billion investment in the country and that you are going to add 5,000 new jobs in Argentina in the next five years, doubling the size of your workforce. What does this mean in terms of new projects in the country?

We are broadening our base everywhere; we want to multiply the size of the company ten times in the future. The 5,000 new jobs we are planning to add will be distributed throughout the country. Some even may be in new places. It will also be connected to projects we are currently closing. This is part of the normal development of the business.

What we discussed with President Macri was that, being Argentines, we were open to creating jobs mainly in the country. But we are also thinking of India, Uruguay, Colombia, Peru, Mexico, Brazil and Chile.