Launched in 2008, Colopl, Inc. is now one of Japan’s largest mobile game developers having consistently delivered quality entertainment to a large number of users. President and CEO Naruatsu Baba explains how it is looking to repeat its first-mover advantage gained in providing content in mobile gaming in the virtual reality (VR) sector with its $50-million Colopl VR Fund targeting investment in all VR-related categories such as software, hardware, and development tools and equipment. 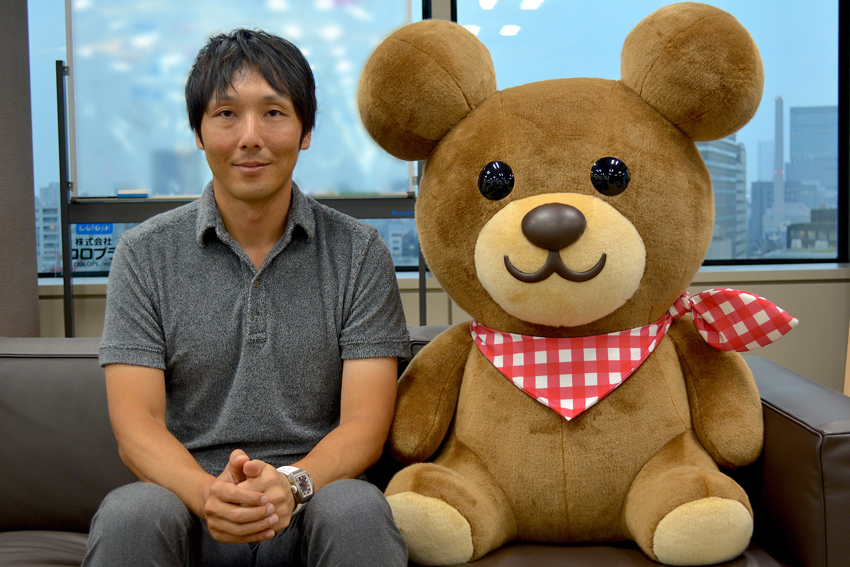 From your point of view could you tell us how you see the Japanese economy up to 2020 and what are the key challenges it will face?

The Japanese economy is facing different structural problems that go beyond economic growth. However, both the government and the private sector are together working hard to overcome those issues. The 20 years of bad economy have deeply affected our culture, especially people under 20 years old, as they have always been facing a bad economic situation. In this sense, this has modified people’s consumption habits making them think towards a better cost performance and looking for cheaper products.

In my opinion, this “crisis mentality” is one of our deepest problems. I understand that the government is trying to turn the economy out for the better, but people in Japan are still facing the effects of these bad 20 years. We need time to forget how bad our economy was in the past. To sum up, I think Abenomics worked well leading towards the depreciation of the yen, but we need more time to see the effects.

What can the private sector do to rejuvenate and boost Japan’s economy?

In short, earn money outside of Japan. In that sense, especially for the IT industry, we are trying to earn as much revenue outside of Japan as possible so we can contribute more to the recovery of the Japanese economy.

In 2016, the mobile game market is expected to become the leading game platform by software revenue, generating over $35 billion. Despite its relatively smaller gaming population (in comparison to the US and China), in 2015 Japan became the world’s largest mobile game market, with $6.2 billion in revenue. What are the key drivers behind the growth of the mobile gaming sector?

One of the main reasons of this growth is due to the fact that in Japan, gaming is a main culture rather than a subculture. Even people in their forties or fifties grew up playing games. These people are now earning money and still playing. Gamers, as everybody else, are carrying a smartphone everywhere, which is a key factor behind the incredible growth of the mobile gaming sector.  Also, playing games on the smartphone rather than in another platform is more cost efficient, it is cheaper. As I mentioned in my first answer, Japanese people tend to be more cost efficient than the rest of the world. Being able to play games in a cheaper way is something that fits very well in our culture.

Out of the global top 10 gaming companies, five are Japanese. However, 15 years ago, the debate was mostly about if Sega’s Mega Drive was better than Sony’s PlayStation or the Nintendo 64. Nowadays Microsoft with its Xbox and Tencent with online gaming, Apple and Samsung are competing as equals or even surpassing Japanese gaming companies. How important is it for Japanese companies to regain this leadership position in the gaming market?

Back in the 70s or the 80s, in Japan we were able to create hardware at a very fast rate which made us gain the biggest gaming market share in the early stages. However, nowadays, companies like Samsung and Apple are able to gather all the advanced technologies into their company and manufacture in a very affordable way. These lower production costs allow them to market their products globally at a very fast pace, and also these massive companies are targeting the global market from the beginning.

Still, I believe Japanese companies can retake the leadership in the gaming even it seems extremely difficult in this current situation. The US market seems to be the global standard and also has a huge population. On the contrary, Japan seems to be a niche market and games created in Japan have a hard time being accepted in terms of global standards. That is why it is very important for Japanese companies to take the first-mover advantage to be able to succeed in the global market. I think the Japanese companies should also take the same strategy as the massive companies you have mentioned but, under the current circumstances, it is a very difficult decision for them to take.

Colopl, founded in 2008 is now one of Japan's largest mobile game companies. For the 3Q fiscal year Sept 2016, you have recorded consolidated financial results, with 14.7 billion yen in net profit. What are the reasons behind this meteoric growth and how do you plan to keep this momentum?

One of the reasons why we grew very fast is that we entered the smartphone gaming market at the very early stages, when other companies were still planning how to address it. That gave us an advantage as we had more know-how and knowledge reading the development and promotion of mobile games within the industry. For us to keep growing, it is necessary for us to globalize our games and VR contents. The Japanese market has come to a point where is not going to grow as fast as it used to do. Although numerous companies are trying hard to enter the smartphone gaming industry, the players who are able to compete in the high development and advertisement cost situation the current industry is in are very limited. Our focus is how to compete and position ourselves within them. By entering the smartphone game industry in the early stage, and as an advantage to others, we have now over 1,200 people who are eager to create smartphone games.

With virtual reality knocking at the door of gaming, Colopl prides itself in being one of its most fervent ambassadors. In 2015, you announced the creation of the Colopl VR fund, unlocking $50 million to be invested in virtual reality development. Can you tell us more about the inner workings of this fund and what expectations you have from the VR market?

We set up the Colopl VR Fund in January 2016 at the perfect timing, from my perspective. The new global investment fund specifically for VR was one of the largest at the time and it was created by Colopl, a Japanese company. We have and will invest in all VR-related categories such as software, hardware, and development tools and equipment. The word spread very quickly and as a result, the Colopl VR Fund became the first global hit content for us.

The gaming industry is a clear example of ferocious competition where constant investment and innovation is necessary. What kind of company philosophy and management have you put in place to set an eco-friendly approach towards innovation?

In Colopl, we are a group of people who are creating contents and selling them, so we do not create platforms or sell hardware. However, innovation is very present. Contents do not always mean games. In any case, at this time, we are focusing on gaming, trying to not copy anybody else. Whatever we create, we try to take a risk and be innovative. Some companies try to research games and create hit titles that are similar to other hit titles. Differently, in Colopl we have almost never created a sequel to a hit title that we have created in the past. Our philosophy is based on risk-taking to create titles that we have never created before. We are trying to create as many hit titles as possible, so in that sense, I think that we can consider ourselves successful.

One of the key successes behind “White Cat Project” is that we created a new interface, which we called Punikon, where you are able to control your character by putting finger anywhere on the screen and dragging to the direction you want to move. Another reason explaining its success in Japan is due to the fact that “White Cat Project” was the first action RPG for smartphones that has been out in full 3D.

Last year, you opened a subsidiary studio, Colopl NI in San Mateo, California, in order to develop games for emerging platforms and to grow your presence in the US at a faster pace. In regard to your experience as a Japanese investor in the US, what are the differences between the US and the Japanese gaming market?

Your US VR studios, Colopol NI, started to develop the VR game contents from March 2016. What kind of synergies and transfer of know-how have you identified and capitalized on between your American companies and your headquarters?

In our own headquarter VR studio, we create contents for the global market. When we create new titles, we send those to the US office and have them test it to get opinions of the local people. That goes for the titles of the games as well. Creating titles in Japan for the global market is somewhat difficult because of the culture difference. In terms of VR development, having been creating content for over two years, our knowledge is being shared with the US office for their advantage.

During the 2014 Tokyo Game Show, you stated “you hope to generate between 40% and 50% of sales from overseas by 2016.” How diversified is your turnover today? What strategy do you have to diversify your sales and which international market have you identify as priority to generate this increase in sales?

The rate of growth for the global market has increased, but it is a lower rate compare to the domestic one. As a result, the majority of our sales come from the domestic market. In terms of gaming, we will continue to create apps for the domestic market, and then we will work on adapting those apps so they fit the global market better. We are always targeting the Western market with a focus on the US. But our numbers are better in the Asian market at the moment. We will continue to create hit titles in Asia and the US market as our main market.

The other part is VR, which is still in the early stages. As we have succeeded in the smartphone game market, we need to gain the first-movers’ benefits in the VR market. It is important for us to join in the early stage to gain more information and expertise of the VR industry. We will continue to invest in and create content for the VR industry so when the time comes, we will be one of the leaders in this segment.

In 2014, you stated that “the VR wave is definitely coming, and it will most likely change the world as we know it.” Baba-san, as a gamer, what would be your perfect game?

In five years, I think VR technology will be a lot better, and I think that people will be ready for the VR market. Users will not notice the difference between virtual reality and reality, not only in games but also in virtual phone calls for example.