In this inteview with The Worldfolio, Dr. Khalid Mohamed Al-Ruwaihi, CEO of the Bahrain Chamber of Commerce and Industry, discusses the role of the private sector in Bahrain’s economy, how BCCI is supporting SMEs and the abundant investment opportunities for the US in Bahrain. 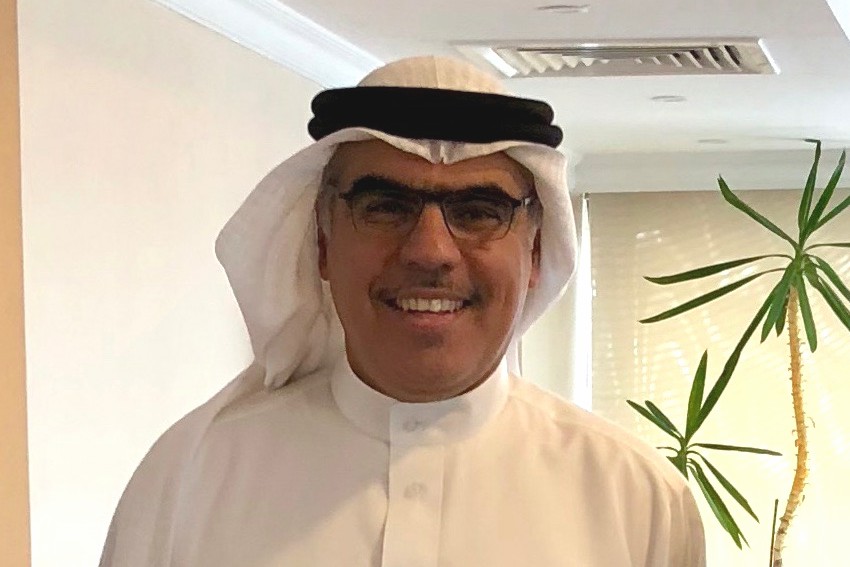 Despite regional challenges like low oil prices and economic slowdown, Bahrain has managed in recent years to position itself as one of the fastest growing economies in the GCC mainly by its ability to diversify its economy. Receiving the new board of directors of the BCCI, H.R.H. Crown Prince Salman said “The success of the private sector is closely linked to the success of the country.” How do you asses Bahrain’s economic performance and what role must the private sector play in the kingdom’s further economic growth?

Allow me to give you a brief background. What's happening in Bahrain now is based on a strategic vision of our leaders. Bahrain was the first country in the GCC to introduce formal education back in 1919 for boys and 1928 girls and since then the government has supported its citizens through education, and this is what makes Bahrain different to any other neighbouring country. In terms of human resources, you see Bahraini people working in all sorts of jobs, from construction workers to CEOs. Most of jobs are occupied by Bahrainis. Why? Because of their level of education and skills. So education is the number one factor.

The second phase came when the government initiated the Vision 2030. This was the first vision ever introduced in the history of the GCC announced in 2007 and launched in 2008.

Vision 2030 is concentrating on converting the economy of Bahrain into a knowledge-based economy. A knowledge-based economy needs skilled human resources and very well educated people just to develop and promote your economy. So, since 2008 the country worked hard to furnish the ground with suitable graduates from university from technical colleges to fill the gaps, but at the same time they invested a lot in introducing the non-oil industry to make sure that the path towards vision 2030 and a knowledge-based economy was met and not forgotten. And this is what has enabled Bahrain to be less vulnerable to the drop of oil prices, as almost 80% of the country’s GDP is from non-oil industries.

In summary, the country has for long been preparing to become a non-oil driven country, despite the fact it was the first country to discover oil back in 1932. Our leaders have, from the beginning, believed that oil will not be there forever and that is why they introduced Vision 2030.

How under vision 2030 has the private sector been empowered to lead the economy?

The government is heavily investing in promoting SMEs, besides the chamber of commerce as a representative leader of the private sector. We are working hard in promoting the role of SMEs. How to give them the required tools to explore the possibility of entering new lines of business and markets – that can benefit Bahrainis and the economy.

The recent visit of his H.R.H Crown Prince of Bahrain to the White House in November 2017 was a reaffirmation of Bahrain role as a key strategic partner to the US. The US and Bahrain share the oldest and one of the only 2 FTA that exist between the US and a GCC member. What do you think are the key competitive advantages that make Bahrain the perfect gateway for US companies that want to access the $1.5 trillion GCC market?

Bahrain has an excellent reputation in regulating the market. Bahrain has been the hub of the financial Market in the Middle East and became the first country in Islamic finance, and that wouldn't have happened without having a well regulated environment that secured long-term investment and gained trust. This reputation has not been built in one or two years, it has been there for the last 40 to 50 years, and the US government knows that.

BCCI is the oldest chamber of commerce in the region, and since 1939 has been supporting the economic growth of the Kingdom. Only a couple of weeks ago elections were held to appoint the new board of directors. Can you outline what are going to be the main focus points of the BCCI in this new era?

The Chamber has two things: it is the oldest chamber, and it’s the only chamber where members are elected. And as you know, in neighbouring countries elections can be a sensitive topic, but in Bahrain we have parliament, chamber elections, and this gives the chamber – and the country as a whole – credibility of being open.

So the new elected board members know that the private sector is expecting a lot from the new board and this is why they introduced the 100-day plan.

Everything is under discussion now: the way we are handling our daily business, our relationship with the members who are the private sector candidates, the way we are promoting Bahrain, the way we are attracting investments to Bahrain. We want also to introduce new tools for SMEs and traditional businesses to see how they can enter the knowledge-based economy; how they can utilize e-commerce to promote their businesses. So we are having continuous meetings with the board these days, to reshape the plan by introducing new areas of development and implement new strategies.

One of the main aims of BCCI is to create a supportive and competitive business climate. How would you describe Bahrain’s business climate and how does the chamber interact with the government to influence policy making?

This is the number one priority of the new board. They met with the country’s leaders to tell them that the Chamber needs to be part of any decision that is made and that is what has been done. And the number one decision that the government took is to delay the implementation of the increase of the cost of CR activities for another six months. They will study it again with the chamber to come up with a new proposal to make sure the increases will not harm the private sector.

So the collaboration will be focused on listening to the private sector and not imposing fees or bylaws that will prevent the private sector from expanding on promoting their businesses. And I think the board is doing an excellent job so far in this direction.

One of the main challenges in order to secure sustainable economic growth is to support SMEs and provide them with the necessary tools to be globally competitive. How are you supporting SMEs?

How can the Chamber of Commerce serve as a bridge between SMEs and big Tier 1 companies to integrate them in the global supply chain?

The good thing is that both big and small companies are members of the Chamber. For example, the Chairman of the board owns one of the biggest companies in Bahrain in terms of contracting, design and construction. We need to create an environment where both can meet freely. But before doing that, we need to educate the SMEs that we can off them this opportunity. We need to build strong reliable SMEs that can be part of big companies supply chains.

Given the recent fall in hydrocarbons revenues, attracting private investment, particularly foreign direct investment (FDI), is a key strategy. 2017 saw record inward investment of $733 million, with big names like Amazon Web Services coming to Bahrain. What investment opportunities would you highlight to the US and what economic sectors do you believe are the most attractive?

I can't mention all of them, but IT for example would be one. The Bahrainis are very well educated in IT, and we have strong IT infrastructure that the government constructed a long time ago.

Second is the alternative energy sector, which is a very important sector. Many Bahrain businesspeople are looking at joint ventures with companies that are working in solar panels, wind energy, chemical energy and so forth.

How do you assess the performance of the FTA with the US? And in your opinion, how can the volume of trade exchange between both nations increase by taking full advantage of the FTA?

We need to admit that Bahrainis didn't benefit a lot from the Free Trade Agreement. And the number one reason I think has been the lack of information. The Chamber will play a very important role in the coming period to educate its members, especially SMEs, on how to benefit from the FTA. I know that there are committees at government level but the chamber will be part of those committees – aside from creating its own workshops and forums to educate its members. So there are a lot of gaps the Chamber can fill just to educate people about benefits from the FTA, which I think is still underexplored. I hope in the upcoming period, people will benefit more from it.