Emblematic of Abenomics, Kikkoman is a case study of global success

Honorary CEO and Chairman of the Board of Directors of the Kikkoman Corporation Yuzaburo Mogi outlines how he globalized the company over 60 years ago and why Japan-U.S. relations are so important to Abenomics 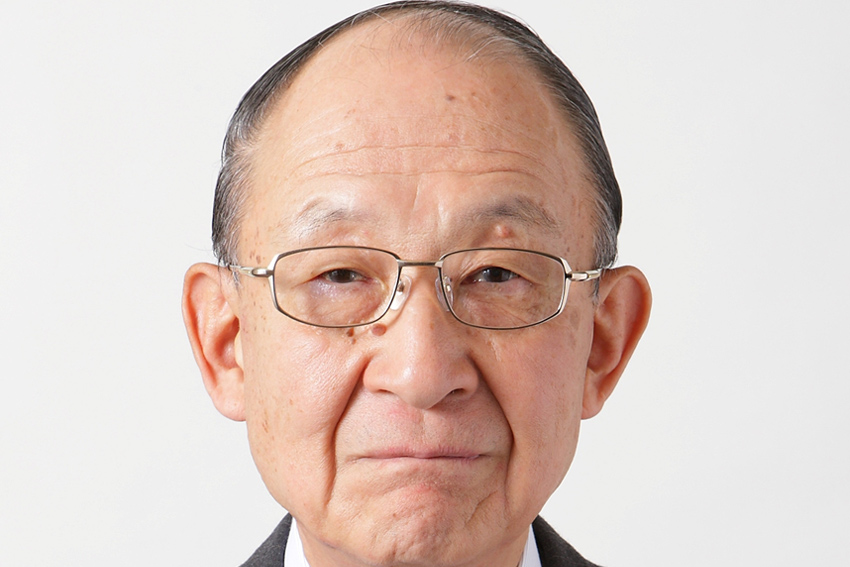 Kikkoman is one of Japan’s most respected and recognizable companies, with a history that goes back to the 17th century. But Kikkoman also has a distinguished history in America as well. Can you give our American audience a bit of the background of Kikkoman’s close relationship with the United States?

Well, actually we started marketing in the United States in 1957 by establishing a sales company in San Francisco. We targeted general American consumers, not only Japanese consumers. Our goal was to get American consumers to use the condiment for their everyday American food. We were confident that in America there was a potential demand for soy sauce; we realized that from seeing how American people lived in Japan after World War II. After the war, many Americans came to Japan – business people, journalists, bureaucrats, schoolteachers, and so forth. Those in the armed forces, of course, also came to Japan. They were building military bases, so they didn’t have much contact with the general Japanese population, but they (the business people, journalists, bureaucrats and school teachers) lived in cities and saw the ordinary lives of Japanese people. They found out that Japanese people use soy sauce every day. In the beginning, Americans started to use soy sauce for Japanese food but gradually started to use soy sauce for American food as well. We saw this and from there we then had confidence that in America there existed a potential market.

When I was a student at the Columbia Business School in 1960, I worked at that Easter demonstration. In 1959 there was an international trade fair in Chicago, where we had a pavilion for a demonstration. I worked there for almost a month all day long doing the demonstration. I learned from my experience that American consumers were interested in soy sauce and that they liked its taste. I gathered that soy sauce had a potential market in America and that if we performed well with the marketing company we could materialize that demand.

Incredible, so through your experiences you realized that soy sauce and Kikkoman would be quite successful in America. This led you to found the factory in Wisconsin in 1973. Now your introduction of Kikkoman to the U.S. has become an MBA case study at Harvard Business School. How important are personal relationships, such as the one Kikkoman has with Wisconsin, to the development of economic relations between Japan and the United States?

When I studied at Columbia I was able to make many friends. I asked one of them to help me as a consultant when we were considering building an American factory. In 1970 we had a preliminary survey in the United States between September and December, and I asked him to help me. Thanks to his help, we were able to complete the study during the planned period. The company decided to build a factory as the result of that study. We compared various candidates for the planned site, and we finally decided to go the agricultural route in southern Wisconsin. Wisconsin is located near Chicago, which is the geographical center of the United States. That means that from Wisconsin, access to the rest of the market was better, as was access to raw materials like soybeans and wheat. Thirdly, there were many hardworking people in Wisconsin, so the quality of the workforce was good. Moreover, the crime rate was also low in southern Wisconsin. So we decided to build the factory there. In 1973, we completed construction of the factory, and sales continued to go up. In 1998 we completed another factory in Folsom, California. So, even after that, sales of soy sauce were growing. We were able to materialize potential demand.

Now as you look to the future with Kikkoman’s Global Vision 2020, what are your target markets? Considering, in part, the decline in the demand of the domestic market, how important is the U.S. market to increasing international sales and also how important are new markets such as in South America, Africa and the Islamic world as well?

The U.S. market is of course still the largest market among overseas markets. Sales have still been growing about 5% a year. That is still quite high. We’re now developing the European market. We’re trying to apply the American business model in Europe. In 1979 we organized a sales company in Europe in Dusseldorf, Germany. Sales grew, and we decided to build a factory in Europe. We compared candidates and ultimately we decided between the Netherlands and Denmark. We chose the Netherlands and we had a site planned in the north, where we completed construction in 1997. Since then, sales have been growing in the double digits. We are selling soy sauce throughout Europe, including Russia.

Kikkoman’s Global Vision 2020 guides the company’s continued growth and development, and it seeks to continue to “be a company whose existence is meaningful to the global society,” whether that is in Japan, Wisconsin, or anywhere else Kikkoman is present. This is a continuation of the 16 family creeds from each family, which have been handed down generation to generation for 19 generations. The 15th creed is “Give to society as much as possible.” Can you outline why giving back to society is so important to Kikkoman’s corporate culture?

We started the business in the 17th century in the city of Noda, in Chiba Prefecture. Over the course of our 300-year history, we gradually started to understand that in order to survive, we had to be a good corporate citizen. We have this philosophy not only in Japan, but also in foreign countries where we do business.

It seems like Kikkoman embodied corporate citizenship before it became a buzzword or a marketing scheme. Is this the core of your success?

Yes, I think so. We have also attached importance to the quality of our products. This is very important. We never sacrifice quality. During World War II, because of the shortage of raw materials, it was very difficult to continue production. At that time, we decided not to sacrifice quality, so we decreased production volume to keep the quality.

In America, sales of soy sauce are still growing. I think the United States will continue to be a major market for us. We are trying to be good corporate citizens; we not only want to do business but to also contribute to society as much as we can. We created a foundation called the Kikkoman Foods Foundation, and there are many requests from organizations for donations. So that organization is trying to find out which way or objective is most appropriate to the United States.

We would like to tell Kikkoman’s story, not only as one of Japan’s most successful globalized companies, but one that has contributed significantly to promoting Japan’s culture internationally as well. You have said, sir, “By selling a major Japanese seasoning overseas, Kikkoman has not only introduced the nation’s food culture abroad, but also helped realize a richer food life globally through the amalgamation of Japanese and local foods internationally.” Do you see this globalization of Japanese food as your legacy?

We are trying to sell soy sauce all over the world. We actually do business in more than 100 countries. We sell soy sauce to countries while introducing Japanese food culture. Now, fortunately, Japanese food is becoming popular all over the world. Exchanging food culture is very good for promoting world peace. Now we are doing business in the United States, Europe, and Asia, and we are expanding our business in South America and maybe to Africa in the future.

At its core, Abenomics aspires to make Japan’s economy more international and in many respects Kikkoman is the case study of success for a Japanese company that is truly international, even deriving a majority of its sales from international markets. What advice would you give to other Japanese CEOs and chairpersons who would like to follow in Kikkoman’s footsteps and create global companies? What were the keys to your success?

We cultivate and create demand for soy sauce in America and in Europe. There was no demand for soy sauce there in the past. We succeeded in creating demand, which is important for any business. In the past when Japan enjoyed higher economic growth, during the 1960s and 70s, many Japanese companies tried to create demand, especially for the electrical appliance industry. If you create demand, your added value increases, which means that the growth of the across national product increases. Creating demand not only increases the prosperity of the company, but of the country too.

You have intimate knowledge and experience from not only doing business in America and Japan, but also from living in both of these countries. While clearly there are many differences in culture between Japan and the U.S., in what ways would you say they are similar? In other words, in which areas do you think Americans would be surprised to learn that U.S. culture is similar to Japanese culture?

Both countries are democratic countries and we also both have free enterprise systems. We have common values. In order to have stability, peace and prosperity, I think the United States and Japan should work together. For instance, in Asia, Japan and the United States should work together to keep stability. That’s the basic philosophy. People have to think that the Trans-Pacific Partnership is not just an economic negotiation, but also a path to mutual understanding. We have to create the free enterprise system and democracy in Asia together.

In this globalized world, the importance for countries to brand themselves and communicate their strengths to the international community cannot be overstated. Taking this opportunity to reach out with one of America’s leading news publications, Newsweek, how then would you like our American audience to perceive Japan as it grows from two decades of economic hardship?

American people should realize that both countries have the same basic values and ideals. Because of this, we can work together to make a peaceful and productive world. There are always negotiations and conversations, but we can’t forget that we share democracy and law. There are many political and economic systems, and while democracy and free enterprise are not the best, they are the best options we have at the moment, and therefore Japan and the United States need to work together to make the world a better place.