The clamor for property in Egypt shows no signs of abating and the resilient sector is ripe for foreign investment, as the current rate of supply is barely covering a quarter of demand. Tarek Abdel-Rahman, Co-CEO of one of the country’s leading property developers, Palm Hills Developments, discusses the company’s current projects, building a rock-solid reputation, and why foreign direct investment is set to rise. 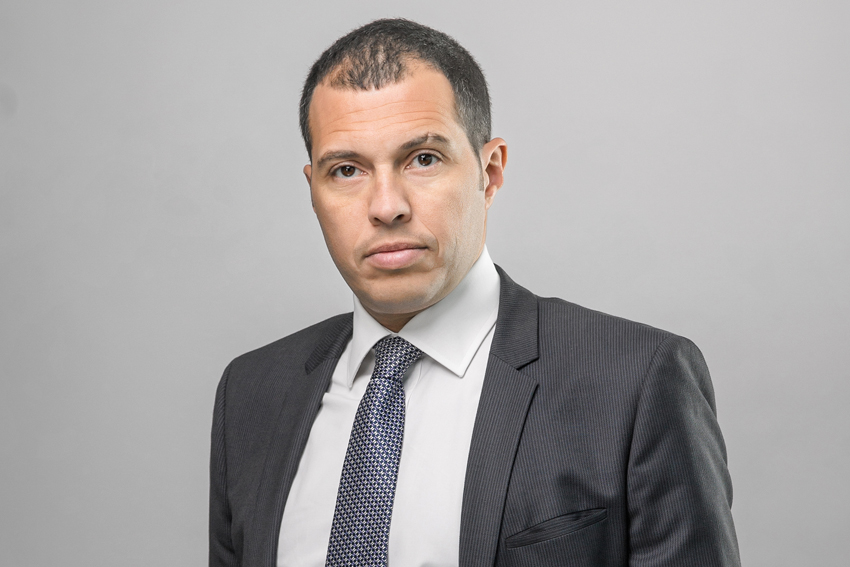 In the past few years, Egypt has witnessed drastic changes marked by periods of high optimism and periods of bad press. Still, the Egyptian people keep pushing through. Where does this resiliency come from?

I think it is a big economy with a lot of it in the informal sector. While the official economy is probably $250 billion the unofficial economy is very close to that. The other thing is the size of the consumer base. You have 100 million people that need housing, clothing, food, energy, and more; so demand is always there, and that’s the reason for the resiliency. It’s very difficult to actually fall into a recession also because the number of consumers increase by 2% a year, so if you do absolutely nothing, the economy should grow by 2% every year, which is 2 million people every year.

If we take that into account, and all those conditions, what would you say is the key factor right now for the Egyptian economy to thrive and achieve 5% annual growth?

The Egyptian economy is set to achieve at least 7%, which is the number required to guarantee all college graduates get employment. I think that is the magic number for the Egyptian economy. It needs a more flexible foreign exchange regime; that’s been holding the country back for a while now. It needs a streamlining of all the business laws and regulations, and it needs a huge PR campaign to bring back tourism and international investors.

For example the government is building between 3,000 and 4,000 kilometers of roads; I don’t think anybody knows that. The government is building a lot of power capacity; I think by 2017 Egypt will have enough power, maybe even excessive power in the winter, and investors don’t know that. All of that is the infrastructure that investors need to come to Egypt and invest, and that hasn’t been advertised to them. The government strategy should be communicated to investors.

If we go specifically into your sector, what would be your updated outlook on the current state of the sector of real state?

The sector is blessed. The demand far exceeds supply. We cater to a certain market segment: the middle class and above. The entire supply last year was 17,000 units, that is less than 10% of all new marriages happening in Egypt. In Egypt there are 900,000 marriages a year. The entire supply is of 17,000, versus demand of circa 70,000 units, so you’ve got a gap of nearly 53,000 units from primary demand. If you look at secondary demand, which are people moving from the city to the suburbs, it is probably as much. So the sector will continue to do well.

What would be your advice to those foreign companies looking to set up a base here on how to run a proper business in Egypt?

I think it is key for foreign investors to get a strong look and invest and get on board. They should get somebody local, a strong local partner with them who understands the local market, how the government operates, how the regulations and legal framework operate, because that would save them a lot of time. Also they must identify the sectors where they have a lot of demand and very little supply.

What is Palm Hills Developments (PHD) working on right now?

We are investing 1 million Egyptian pounds every hour. This is being invested in construction. That is our biggest cash outflow. Currently we’re working on 12 projects: five in the west, five in New Cairo, and two in the north coast. By 2017-2018, all these projects will be done. That’s what we mean by a million pounds an hour.

You have been growing at triple digits for the past two years, and you hit a record-high of 1,600 units delivered last year. What are you doing to achieve this huge success and is it sustainable in the short to middle term?

We’re looking at sensible growth year on year of high double digits. We are coming from the low base of where the market was; there was a lot of pent-up demand because of the revolution, until coming together in 2014 and 2015. So you’ve got two fantastic years; we hope this one will be the same. The best thing we’re doing to enable us to grow is to invest in the brand—that’s our competitive sustainable advantage. We have a very strong brand name that people trust and want to buy products from. Alongside that, you have to have everything to back up the brand, a good product, a good community, amenities, good locations, etc.

How important is it for PHD to continue attracting international investors and what are you doing to maintain the confidence in your stock?

We’re concentrating a lot on institutionalizing the shareholders base. We suffer from a lot of retail in our stock, which obviously puts a lot of selling pressure whenever the price decreases by 1%; you have a lot of people selling and it doesn’t allow the stock to fulfill its potential because it is very undervalued. We’re constantly concentrating on talking to international, local and regional investors to encourage them to come and invest in the stock; that is one of the topics of most of the brokers at the moment.

What are you doing to increase confidence?

We’re working on a number of commercial real estate projects. We’ve already opened a mall in Palm Hills itself. I think it’s by now 60% or 70% rented out, and it should become operational by the end of the year. We’re also working on office buildings in Palm Hills and two shopping malls in East Cairo.

Coming back to the investors, the numbers are there. Are those numbers enough to overcome the lack of PR that the government may have in terms of portraying Egypt long term?

Last year, turning a challenge into an opportunity, you rose to number 1 in land bank terms after a big MoU with the Ministry of Housing and you have now your biggest project: the 10,000 feddans town. Could you elaborate on this project? Have you decided on what will be the development theme?

The themes will be health and education there. It’s between 6,000 and 10,000 feddans, enough to keep you waiting for the next 30 or 40 years. It’s going to be a town with everything, mostly apartments, parks, medical facilities, office buildings, schools, and universities. It’s in Sixth of October, very close to the new airport and the new extension of the underground; a very private piece of property. We’re acting as master developer and developer. We’ll also be able to sell land to other developers.

We pioneered that business model. Palm Hills signed one with Madinet Nasr Housing and Development for 100 acres, we signed one with the government for 500 acres, and one with a private developer for 138 acres on the north coast, so we’ve partnered a lot.

Overall, what’s the message you’d want to send to international investors wanting to come and invest in Egypt?

I still think Egypt is a very good place to invest. Life is fine, the economy has 100 million people, there’s everything. It’s an emerging market for investment. If you look at the world, all the commodity-based emergent markets are done, for the time being. Europe is basically dead as well, so money should be flowing into Egypt and similar countries. I think we’re going to see a lot of FDI coming here once our small issues get resolved.

After breaking record after record at Palm Hills, personally, what gets you going everyday to come to office and build on?

It is to make this business three times as big. I believe we should be valued at least three times the value that we have today, and to make this company Egypt’s largest real estate developer.