Egyptians do not hesitate to continue with the reform

We sat down with Ali el-Moselhi, Egypt’s Minister of Supply and Internal Trade, who gives his insight into the impact of reforms on the population and business. 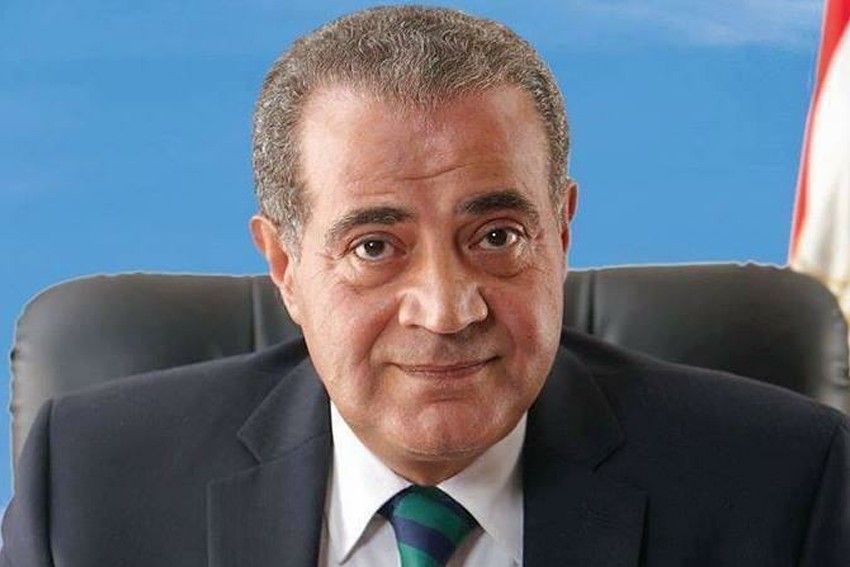 What is your perception on how the domestic economy and domestic consumption has been doing in the last year?

The economic reforms policy was extremely important to be internally developed with the IMF procedures. It included the decrease of subsidy, especially on the energy part. This implies also to the floating of the Egyptian pound against the US dollar. All this has an extremely serious effect on the cost of living for all Egyptians. The devaluation of the Egyptian pound against the dollar was 9 pounds and now it is 15 pounds. This means that the effective income of the people has decreased at least 40-50%. Serious measures had to be taken because it was mandatory for the development of the Egyptian economy.

Fortunately, the Egyptian people accepted these reforms. Decreasing the subsidy of fuel, electricity and water in order to control the deficit and budget, was also tough on all social levels. But until now, they are still adapting to that model because they believe in their future and the President being a serious and an honest person taking that type of tough decision.

When I first became Minister, the food subsidy was for 21 pounds per person per month. It had been more than doubled and now its 50 pounds per person per month.  In my point of view, we were in a situation that we could not manage the economy, but now we are trying target a macroeconomic indicator which can be managed. This means a deficit under control, a deficit which is not increasing. And now for the first we have a primary positive budget if you remove the debt value, you have a plus in the budget.

This means your economic or different sectors are working sufficient enough, taking the burden of the debt, this is a must. But all these factors, affected by definition the internal consumption. This means to a certain extent, but not in the basic commodities. The basic commodities we are talking about wheat or rice, or macaroni or sugar, their consumption is normal, because these are basic things. But high end products or even at certain moments the food industry has been generally affected.

A year ago the total sales decreased 15-20%. This means the internal consumption had decreased, this goes without saying. All the families in Egypt had been affected. Second point, the role of the Ministry of Supply and Internal Trade is to secure the level of stock of strategical commodities. For example, we are committed not to decrease three months consumptions in wheat, rice, oil. Moreover, we secure these things, having one of the biggest distribution networks in the country.

Without really serving nearly 40% of the population of the country in order to secure or to give them food safety and minimum cash compensation, the reform will be in question. Without reform, you are not decreasing the deficit but increasing the reserves and controlling the inflation as a mathematical exercise, it’s for the benefit of Egyptian citizens.  Therefore, Egyptians do not hesitate to continue with the reform.

With the depreciation of the pound, there are new challenges that have come to the door of the private sector in Egypt. One of them is the soaring inflation, and that the borrowing costs are higher. But on the other end, having a cheaper pound increases the consumption of local products and opens a good opportunity in terms of job creation. So in that sense how is the Ministry helping the private sector products produced here and sold here to better the way they sell or make sure that the prices are properly distributed so that they sell more and generate more jobs?

Our work here is totally aligned with the private sector, because the bottom line is that we cannot produce if we have the public sector companies, who produce just 30%. Even we have some factories for oil production but we produce less than 30% of our needs. Even the wheat processed is totally privatized and we issue our representatives give us the prices.

This means about EGP 80 billion is poured through the channels of the private sectors, which means there are a lot of companies interested in investing in sugar manufacturing. Just 6 months ago, a consultant from the Gulf, came and took over 18,000 acres to implement and to create a sugar factory. Egyptian people are investing a lot in the oil industry. Not refining because we don’t really sell 95% of the oil. We would like to increase the local production – doing that you have the whole supply process. Now there is more than one private company investing in that.

From my point of view the food industry is one of the highest developed industries and with high exports.  Developing the internal market and cooperating with the private sector is our number one objective. Also to cooperate with the private sector and in order to develop our objective to increase our market through local production. Proving that we can buy the products locally, consequently they have a safety environment and if they have more than our demand they can export. Sugar is number one, oil is number two.

In terms of investors that want to either come and invest or even bring their stuff here, one of the key questions has been to reduce red tape and bureaucracy. So in that sense how is the Ministry supporting the international private sector for them to make it easier to tap into the market?

I totally agree that this is a number one objective and I personally believe in it. Our laws are robust enough and maybe we even have too many laws, the issue relies on the person who will take the decision. I’m talking on myself. I always like to sit with the communities that have concerns with whatever project and so on and then we like to take the decisions in order to make it simple. I think a lot of my colleagues are trying to do that but this must be transferred to the culture of the law.

Saying that we have a quite good role this is a project and it is working with the ministry of planning and administration development. It is approved as a project in order to get a consulting group of experts in order to revisit the government and look over the internal policies and procedures which are inside each ministry. The objective is to make it simple and also to make it very clear with no difficulties. There must be only one way to do things.