Providing far-reaching access to tailor-made banking products both digitally and in even the remotest corners of Rwanda has solidified BPR’s reputation as “the bank of the people”. Deputy CEO Konde Bugingo provides an overview of the banking landscape in Rwanda, the huge progress being made in the country with regard to social and infrastructural improvements, and the sense of positivity and pro-business attitudes that Rwandans possess about their nation’s future. 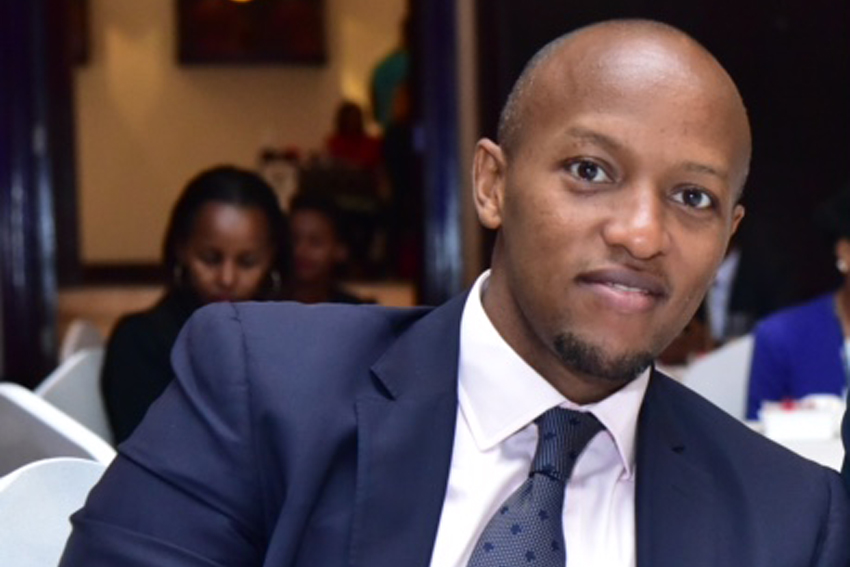 The economic bonanza of commodity-driven countries has faded away. What is your assessment of Rwanda’s economic outlook?

We are confident about Rwanda’s economy. Since 1994, our economy has kept on growing, despite some slowdown periods, by a minimum of 6% per year. To give it more strength we are able to rely on a strong leadership. The political stability we have in Rwanda gives to the market the confidence it needs. There is also a lot of improvement in the support of the economy. Infrastructural works, such as road networks, have been improving and they link the producers to the markets. Education is booming, hence, improving our population’s skills. Our markets have also been opening to other countries. The EAC provides the foundation to keep our economy booming.

From the reduction of trade barriers to the facilitation of business creation, the government of Rwanda has positioned itself as an enabler for private sector growth. How would you describe Rwanda’s business environment?

From a macroeconomic perspective, we see a clear stability. This political and economic stability fosters investors’ confidence. From a public point of view, it is clear that our governmental body provides policies that increase efficiency and timeliness. There is an outstanding commitment to act on whatever has been discussed. The Rwandese government’s dedication to follow speech by action provides investors with a clear picture as to what is to be expected, a competitive advantage when compared to other African countries.

The private sector is also improving, but at a slower pace than we initially expected. The government is still the main spender, and to further attract foreign private entities, we need the private sector to change and take the lead.

Despite some challenges still to be overcome, FDI has been growing exponentially. The expansion of the East African Community is a key element to further stimulate this positive trend. Thanks to the policies put in place, Rwanda has been able to maximize the benefits brought about by the EAC. In comparison to the other countries in the region, we have been growing at a faster and higher rate.

Having said all that, there is still plenty of room for improvement, and His Excellency President Kagame has been the first one to acknowledge it. Using similar words as his, while it is true that we have been improving, we are still far away from where we want to be. The time for celebration hasn’t arrived just yet, because first, we need to keep on improving.

Today, we are efficient, organized and we provide interested entities with a clear long-term vision. By deleting the element of surprise, we have installed a favorable environment to do business. Furthermore, the language switch (from French to English) undergone by Rwanda has boosted investors’ interest by facilitating communication. The challenge remaining is to train our “foot-soldiers” so that they match the evolution of management. Our workforce is changing its mentality today, and this process will take some time to blossom.

It will spark another round of mergers. From my understanding, there has already been discussion of international banks trying to acquire local financial companies. Acquiring stakes in Rwanda allows foreign financial entities to consolidate their positions while providing them with a solid base for regional presence. In that regard, we were simply the first ones to move fast. Eight months after our initial presence, we purchased another bank and merged the two together. Bank of Africa had called me four years ago in order to close the same deal they recently signed.

So the trend is clear amongst the regional actors; what remains uncertain is their management of time implementation. The real game changer would be to see a major international bank come here, pick up two banks and merge them to become part of Rwanda’s top two.

We are the largest bank in terms of network and digital capacity. We believe that those two features of ours effectively drive financial inclusion. However, financial inclusion is not merely about BPR’s market position, it is also about the products we offer to the people. Our strategy has been to solidify our position by providing new tailor-made services to our new clients.

BPR is present even in the most rural locations. We do so by investing in physical and digital presence. From mobile apps to agencies, we have been providing innovative solutions for our clients to go about their financial operations. Our aim is to keep our products in line with our clients’ locations and situations. In fact, we pride ourselves in being a bank providing services to the lower part of the social pyramid. We are positioning ourselves as the right provider for the lower-end Rwandans. Because of cost implications linked to the opening of branches, most banks have drifted away from the un-banked. However, our digital services allow for universal inclusion at a low cost.

After the merger, you decided to keep the BPR’s brand name and image. Why is this and what does BPR represent for the Rwandan population?

BPR was one of the first banks in the market. This bank was formed by the people and for the people. In 1975, we started as a cooperative formed by the population itself. This model was then replicated throughout the country. Because of its unique history, we decided to keep the BPR name so that people didn’t feel like they lost “their” bank. There is a clear emotional attachment to the BPR brand, a bank that is here to serve the people. It is in the nature of the Rwandese to have an account with BPR. We have always remained a modest bank true to its core mission dedicated to serve rural areas.

How did the merger initially affect your company and how did you benefit from the synergies brought about by this collaboration?

Atlas Mara was born in 2013, so it has a relatively new culture. The founders of this company are fundamentally focused on doing business the right way. Their aim isn’t to be the biggest company; it is to be the best service provider. So when they came into this market, they didn’t want to pick the largest bank, they wanted to pick the bank with the highest potential. They made sure to solidify the local partnerships by improving people’s lives through disruptive product innovation. So once they came here, they acquired a bank that didn’t have any of that culture. BRDC was a government-owned bank, so the culture transformation had to happen smoothly. From a strictly business point of view, we clearly benefited from this merger. We acquired a higher financial capacity and became the second most capitalized bank in the market. The merger also allowed us to become more attractive in terms of eventual partnerships. From stakeholder base to capacity of capital, this merger allows us to tackle our main challenges with a higher success certainty.

What is your message to the younger generations and how would you like to see Rwanda in the future?

My message is addressed to the young ones who are out there and who would like to be part of Rwanda’s program: you have to think about the country first, and then yourself. This country is no longer a lost state. Our lives are increasingly being digitalized and we have developed beyond expectations. Going to school here and obtaining a degree doesn’t necessarily ensure your success, it has become a bare minimum.

Rwandans have to be ready to go a step further for their country. The state’s leadership has put all elements in place to create a positive environment for all willing individuals to thrive under. Today in Rwanda, if you are ready to invest yourself to succeed, you will achieve greatness. I had the chance to acquire skills in the UK, skills that I brought back to Rwanda. Luckily enough, upon my return, my knowledge was appreciated and encouraged. I was given the opportunity to apply my skills in order to ameliorate my country’s state.

If you are driven by the motivation to work hard, the opportunities are there and no one will stop you from succeeding.

Honestly speaking, I have been here for six years, and every year I get surprised. I am not going to compare Rwanda to the success stories of Singapore or other self-made countries; because I see us going beyond that. We have the chance to be able to learn from what they did best and what they did wrong.

In the next 10 to 15 years, I see Rwanda as becoming the hub of anything spreading to East and sub-Saharan Africa. If I am convinced that we will achieve such greatness, it is because there is, in this country, a common will to achieve. From the highest government official to the unbanked, every single Rwandan is proud to participate in the national effort to push the country to greatness.