Established in 2017 as a partnership between the New Urban Communities Authority and the Housing and Development Bank, City Edge Developments strives to become the national brand for Premium Real Estate Developments in Egypt. In this interview, Amr Elkady gives his insight into the real estate sector in Egypt and explains more about City Edge’s evolving role within it. 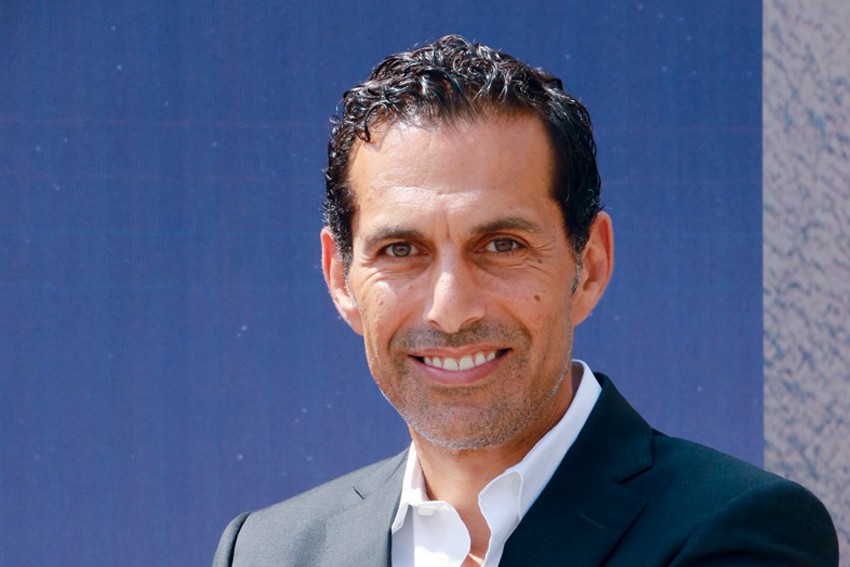 After the economic reforms started in 2016, the government took very decisive action in order to rebalance the economy through monitory physical and non-structural reforms. We've seen the flotation of the pound, energy subsidies, VAT and many other reforms which have created macroeconomic stability with a good long-term prospect. What is your opinion on the impact of the economic reforms today?

Fairly optimistic. As an initiative the economic reform program has long been coming; it is a necessity not a choice, and while it is a difficult process which has put strain on the end consumer the results so far make it worthwhile. The success of the reform is not only confirmed globally by a number of reputable international agencies such as the IMF, the World Bank and nearly every other financial institution of repute but more importantly on the ground.  Egypt has a GDP surplus for the first time in years, our GDP is growing above international averages at a forecasted 5.5 %, and the IMF has recently announced that we are growing at twice the rate of the MENA region.  Tourism is up and booming, our exports have improved the list goes on.  Is it a hard process; we have had to battle over 30% compounded inflation over the last two years  but overall the outlook is positive.

How important is it for you that the government keeps the rhythm of structural reforms to increase fees of doing the business and what do you think is the role of the commercial companies and the private sector in general in the economy today?

No doubt it is critical on a number of levels. But let me ask you something: is that not the role of the government everywhere?  The fact is that it’s a process; every government in the world continues to make efforts to create an ecosystem that is conducive to business. In that we are not different.  The difference is where we stand in that process and if we are making progress.  And we certainly are.  Are we there yet. No but we will continue along that path because the only way is forward.  There is increased recognition not only within the government and business community that all stakeholders need to work together for the good of all.  This began with a focus on improving our investment laws a number of measures that ensure a more healthy business environment, an increased focus on establishing an ecosystem that is conducive to entrepreneurship and so on.  The process takes time, for some of us it may seem as too slow or not enough, but as far as I can see the government has been progressing at a fairly good speed. The process, while lengthy and difficult, is to me  a confirmation that the way forward is inclusive, which means a recognition by all parties that to succeed we all need to work together.

One of the sectors that have been growing in the last few years of course is real estate. On one side, the investment in real estate was a way to edge market risk and to protect savings against devaluation and therefore the market is going to slowdown in the growth. There is a big housing gap, there is a high growing population and therefore the demand remains very sharp today. What is your opinion on the current state of the real estate sector in Egypt?

The real estate sector in Egypt has proven resilient to economic and political shocks over the past decade, including the global recession of 2007-08 and two revolutions since 2011. And that has been a saving grace for the economy, as the sector employs about 5% of the country’s labor force and feeds into more than 90 industries.  If you look at the sector historically real estate has been growing tremendously since 2005, often when the economy as a whole is sluggish, and since 2012, the sector has consistently accounted for around 9% of total GDP. Despite slackened GDP growth, in the 4 years following the 2011 revolution, demand for properties has stayed strong, and a number of regional real estate developers have made themselves at home in the Egyptian market.

The fact is the fundamentals are strong.

Around the world, owning a house is more costly in terms of maintenance, financing, insurance and utilities compared to the option of renting. However, Egyptians prefer to inject their savings into home ownership rather than renting. It is a cultural thing that ensures that the property market remains healthy.

Adding to the sociocultural dimension is the financial one. Property offers not just a place to live but also a stable investment. Real estate has become a form of wealth storage for buyers looking to hedge against economic pressures.

That said, the argument of real estate as a hedge against uncertainty underestimates the true magnitude of demand in the Egyptian market. Real demand continues to play a dominant role in Egyptian real estate by virtue of its population demographics and migration patterns. Currency and expected inflationary pressures should therefore be seen as demand catalysts rather than an immediate source of demand.   As a result, demand for real estate continues to outstrip supply

We’ve seen that there are quite a few real estate companies which are taken it upon themselves to export by selling abroad. How competitive is the export of real estate in Egypt?

Historically we have always been able to attract cross border real estate investment from the region.  Egypt’s price per sqm and return on investment indicators have always been competitive.  As a matter of fact Egypt is considered the fastest growing real estate sector in the region and our numbers are frankly very positive in view of the devaluation and the latest changes in investment laws among others.  Having said that the export of real estate has always been an individualistic effort.  Recently the government has taken an interest in the potential of this sector and has worked actively along with the private sector to create an enabling environment for the promotion of this potential. At the moment we've just formed the national council for real estate export working towards enabling real estate export.

Talking about city edge developments: could you tell us about the role that you play within the real estate sector and how you are shaping the sector?

Let me first highlight some of the dates you’ve mentioned, the company was incorporated in 2017  and launched its operations in 2018 less than 10 months ago. Since then we have launched ETAPA, successfully taken on the sales and marketing of a number of governmental projects in Al Alamein, New Mansoura and the New Administrative Capital.  It’s been a hectic year to say the least, but very fruitful, over the last 10 months we have been able to reach number two in terms of market share.  As for how we are shaping the sector, I would not say we are shaping it as much as we are participating actively in it.  We have a good value proposition which is met by demand.

And what is your objective, what is the strategy behind the company?

We had a vision to become the national real estate developer of Egypt. This was our vision and our target that we’ve worked really hard to achieve it. We’re off to a very good start and I hope we continue. That’s the direction that we are heading.

Why don’t you tell us about what you believe is the uniqueness of the situation in terms of development and why that is attractive to the market?

Let me put it differently in figures, the market has 150 developers, 80% of which are located in Greater Cairo with Egypt being served by the remaining 20%. Because there is sufficient demand in greater Cairo developers do not see the need to move their operations to look at greenfield opportunities.  In a nutshell those outside of Cairo remain in need. In a way we serve a twofold purpose on the one hand we provide a needed product to those people on the other hand through our success we highlight the potential that exists in the fourth generation cities.

You made if I’m correct 8 billion Egyptian pounds worth of sales in 2018. What is the information on the update?

The update is that we have closed 2018 with 11 billion

Is that overall or is that just new Alamein?

And new Mansoura was done within three days?

What kind of time lines do you have working with your different projects?

Well that’s another good thing about the project. We are saying that the construction progress is on fast track and it is going very well. We are expected to deliver the first unit in 2020 in new Alamein as well as in new Mansoura. Construction there has reached 80% completion.

After projects in such places, what is next?

Will you keep going as the first developer in other cities and in the newest area or are you going to concentrate on the cities you are already involved in?

City Edge involvement and success highlights the potential opportunities that exist outside of Cairo.  It confirms, as I said before, that there is huge potential in the fourth generation cities.  So yes, we will continue to actively branch out and invariably show in reality what is out there.  We hope that others will follow that example. With that in mind we are also branching out into other asset classes, including commercial, education, healthcare and hospitality in the hope that with this formula we can show investors the potential that exists.  In 2018 we tentatively ventured into this area and have been able to attract some interest; as a result we will focus on this area in the short term.