CCEI Bank is a strong financial institution that keeps betting on Equatorial Guinea in order to facilitate bureaucracy for investors. 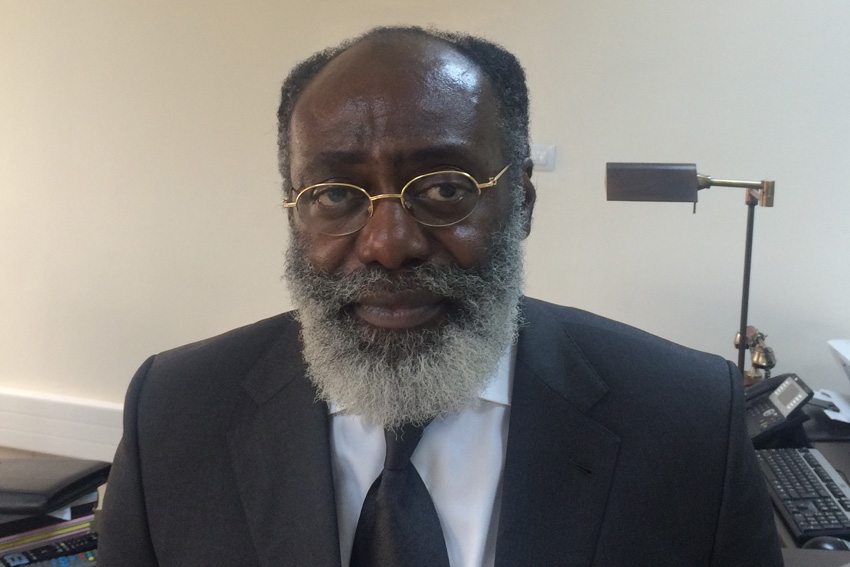 Regarding the moment that the African continent is going through right now. There is no doubt that Africa is the continent of the future for different reasons. What’s the role of Equatorial Guinea in the region from your perspective?

Equatorial Guinea has played and continues to play an important role in the region, given its ability to manage and solve difficult situations without causing further conflicts. Proof of this is that in 2012 the African Nations Cup was about to be cancelled. In the record time of one month, with no hesitation, this tournament was held in Equatorial Guinea, something that normally takes two years to plan.

On several occasions, the President has held the Presidency of the Central African Economic and Monetary Community, CEMAC, which Equatorial Guinea is part of. And during his mandates he has solved many problems that had been going on for years. An example is the reforms in the operation of the Community and the rotation of member countries in its management bodies.

The Global African Investment Summit in 2015 gathered 1,350 investors with an investment portfolio of 425 billion dollars to be invested in Africa. Six Heads of State attended the event, such as the Presidents of Uganda, Benin, Ghana, Malawi, Mauritius Islands, Namibia, among others, and more than 30 African ministers were present. Olusegun Obasanjo, ex-president of Nigeria, said: “I see TGAIS, The Global African Investment Summit, as an opportunity to attract investment for Africa and improve people’s misconceptions about the African continent that sadly still exist. From your perspective as the Deputy Director General of an international bank –which operates in Equatorial Guinea and was founded before the oil boom–what message would you send to investors that have intentions of establishing businesses in Equatorial Guinea?

Equatorial Guinea is a country with all the necessary conditions for investing. Among them there’s an investment law –which is one of the most attractive ones in the world– and we can highlight the repatriation of profits and invested capital with no issues, important basic infrastructures including the road network throughout the country, ports, airports, among others. There’s also a high per-capita income and a considerable middle-class with great purchasing power.

More than 1,500 representatives from private financial sectors, experts and political leaders decided last year, in Egypt, to attract investment in order to launch the largest trade exchange bloc in Africa. 26 countries account for 620 million consumers and a gross domestic product of 1.2 trillion dollars. From your point of view, what would be the impact of this agreement for the continent and particularly for Equatorial Guinea?

We know that investment in the country is important because it creates jobs, which at the same time increases the material well-being of society and reduces the number of people without a salary or a low salary.

The Horizon 2020 Plan has begun its second phase where the private sector has an important role. The financial role is one of the sectors where the government is showing more interest. Its development is one of the main goals of the second phase of the National Strategic Plan where the consolidation and long-lasting stability are wanted for this sector. How does the CCEI fit into His Excellency the President’s national strategy and vision?

CCEI Bank is looking at the implementation of the second stage of the Horizon 2020 Plan, so we can support–like we always have–the different economic actors of the country.

What is the role of CCEI Bank in the development of the country’s financial system and in the collaboration of the private and public sectors for their development?

Our bank is creating different financial products to satisfy the needs of the economic actors, while at the same time it modifies some instruments in order to be able to make it easier to invest in these sectors, one of which is the lowering of rates of credit interest. Also, extending a bit more the amortization period.

CCEI Bank has been betting on Equatorial Guinea since before the oil boom. In the interview, he gave us in 2014 for the newspaper El Mundo, the CEO Joseph Célestin Tindjou said that the development of the African continent in great part depended on the African people, and that’s why they decided to create an instrument to mobilize public savings and put them at the disposal of Africans, which seeks to fight poverty. How has CCEI Bank supported the industrialization of the country, one of the main goals of the government in order to ensure the country’s self-sufficiency?

CCEI Bank is keeping an eye out on the projects that are being carried out in the country, financing them so this process can be successful.

What are the competitive advantages that have contributed to the bank’s expansion during all these years and made it possible to collaborate with the country this way?

One of the most important advantages has been always keeping an eye on the client’s needs and adapting according to the evolution of the Equato-Guinean society.

We’ve heard in several occasions from His Excellency the President, here in Equatorial Guinea, the following sentence: “An educated population is worth more than a rich one.” There have been great investments in education, and the training in human resources is one of the main goals of the second phase of the National Strategic Plan Horizon 2020. How does CCEI work, promote and contribute in the training plan of human resources in the country?

In our annual budget, there’s an expenditure item dedicated to social works, and one part of that item is reserved for donations to some school centers and participate in that way in the financing of some of these schools’ needs.

In what way does the latest technology contribute to this great challenge and how is CCEI Bank making use of this technology?

It’s true that nowadays cutting-edge technology influences every sector of society. CCEI Bank, like other banks, takes the necessary measures every day to be up to date with these technologies.

Continuing to be, like up until now, the main bank in the country, always with the financial products that solve our clients’ needs.