Successfully developing revolutionary biotechnologies such as gene and cell therapy products and regenerative medicines, Takara Bio, Inc., has recently been ranked by Fortune as one of the world’s top five biotech stocks. President Koichi Nakao discusses the company’s leading edge in the industry how he sees it developing. 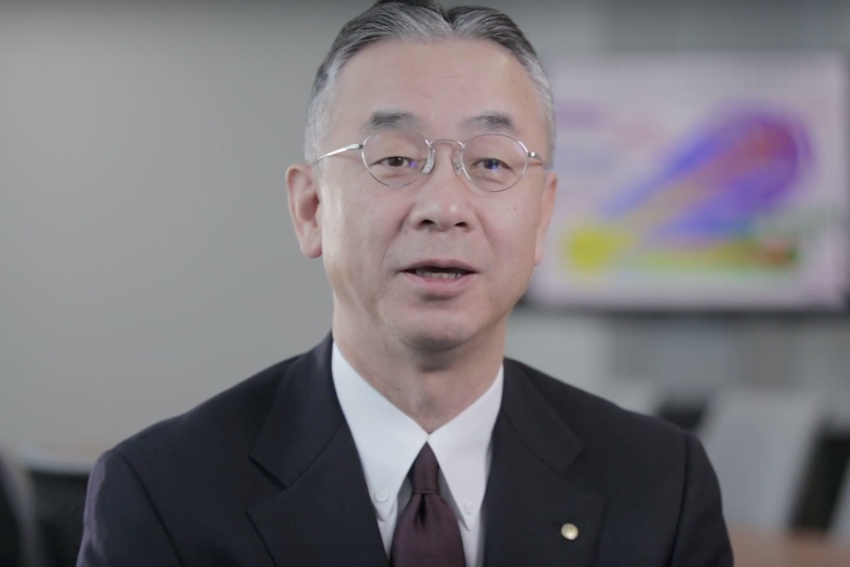 What is your perspective on Abenomics and the impact it has had on the Japanese economics, the private sector, the biotech world, and on your group specifically?

The Japanese prime minister and cabinet change frequently, but each time a new prime minister comes in, they put up new slogans. This is the first time under the Abe administration that they are actually incorporating words like regenerative medicine, gene therapy, and cell therapy into their policies. That has not happened before except from Prime Minister Koizumi. His administration emphasized that Japan had already lost out in the field of IT to the US. We needed to focus on what he called BT, which is biotechnology. There was some of that flow back then during his administration. They did achieve somewhat about biotechnology and utilization of biotechnology, but it’s really been Abenomics that got Japan to concentrate on these fields, which coincided very nicely with some events that happened in Japan like Professor Yamanaka from Kyoto University who won the Noble Prize. The government decided to use this Japanese technology innovatively. Since then, Japan started to make use of its technology, and that dovetailed with Abenomics very nicely.

What opportunities do you see with the Trans-Pacific Partnership (TPP) for your company, not only in the US, considering you have business activities there, but also within the Asia-Pacific region?

Basically I am completely affirmative to the concept of the TPP that they want to open up trade globally. The target market of our company is already global, and not just focus on Japan. Therefore, the concept of the TPP fits with our business strategy. One of our main products is research reagents and at present we are manufacturing the vast majority of these products in China and exporting to other countries. And more recently, we set up another manufacturing facility in India, to avoid too much dependency on China. We’re expanding globally and we want to make use of this concept of the TPP for the further globalization of our business.

Amid a slowdown in the bio industry in 2016, Fortune just ranked you as one of the world’s top five biotech stocks. Indeed, last year, you set a new record with net sales reaching 26 billion yen (that’s more than 2 billion compared to the previous financial year.) What do you attribute this impressive performance to? Why is the future so bright for Takara Bio?

There are two reasons that we’ve been able to achieve growth like that. As I said, we focused primarily on research reagents and our customers are researchers. Ten years ago, about 80% of our sales came from Japan, but as of the end of the last fiscal year in March, we saw that one quarter was coming from Japan and the remaining three quarters is coming from overseas. We have successfully expanded our business through expanding our presence in overseas. That is the first reason.

And the second reason is that one of the focused areas for growth strategy of Abenomics is the “regenerative medicine” area. In 2014, two acts that changed regulations related to regenerative medicine were enacted in Japan. These were the “Act on Securing Quality and Efficacy of Pharmaceuticals, Medical Devices, Regenerative and Cellular Therapy Products, Gene Therapy Products, and Cosmetics” and the “Act Concerning Safety Assurance of Regenerative Medicine”. This resulted in the establishment of the supposedly best environment in the world for industrialization of regenerative medicine. These changes have been attracting attentions not only from Japanese academics and pharmaceutical/biotech firms, but also from those of the US and EU.

Takara Bio has been providing services to support research and development of regenerative medicine. We call this service Contracted Development and Manufacturing Organization (CDMO) and we focus on this CDMO as a new business opportunity. The biggest advantage that we have in the CDMO business is that because we have already engaged in the development of gene and cell therapy area for a fairly long time, we have accumulated the know-how and experience needed in this field. We provide such accumulated technology to our customers through the CDMO business. By offering our CDMO services, our net sales of CDMO segment has been increased up to 4 billion yen just in the previous fiscal year. This year we expect around 5 billion yen.

As for your current mid-term plan, what are your top priorities for the mid-term growth to come?

Our target year of the first commercialization of our gene therapy product is in fiscal 2018. Then we want to bring out the second product by fiscal 2020. That’s what we’re focusing now. That’s our top priority.

Could you explain the role the United States will play in Takara Bio’s future clinical development projects for gene therapies? Indeed, Takara Bio acquired Clontech (based in California), giving the company expertise in gene discovery. You are quite literally revolutionizing gene editing with the CRISPR technique. How important is it for Takara Bio’s future growth?

To explain our technology very simply, it’s working with cells and genes in vitro (outside the body). The “CRISPR technology” utilized in gene editing area is a good example. The sequence used in the CRISPR technology was originally discovered and developed by a former employee at Takara Bio, Dr Ishino, who is currently a professor at Kyushu University. He actually discovered it after he left the company. Nowadays there’s a huge competition in the US and EU to get the patent contained in gene editing technology. In such a situation, the Broad Institute has been first granted a set of patents on CRISPR technology in the US. Rather than trying to get these patents by ourselves, we license in Broad Institute’s patents and search for applications for the CRISPR technology. What the Clontech at our affiliated group is focusing on right now are products for research use. What they’re especially focusing on is the applied fields around the CRISPR technology, in other words, application development for CRISPR technology. The new technology developed by Clontech is contributing to our research reagents sales in the US. They’re taking that technology and putting it to use in those fields.

Bioindustry is presently Takara Bio’s main business in terms of earnings. You have recently inaugurated a state-of-the-art facility, the Center for Gene and Cell Processing, located in Kusatsu city (Shiga Prefecture). Could you tell us more about this facility and how you believe it will contribute to expanding your bioindustry business?

There are two purposes that we set up that facility for. One is that it serves as a manufacturing facility for our in-house projects relating to the development of gene and cell therapy products. The other is that it serves as a base for our CDMO service that I mentioned earlier. The facility that we have in China can’t be used for this kind of manufacturing of the CDMO service because they don’t meet the standards that are required in regenerative medicine. It should be set as different standards rather than ISO standards. In Japan, we have a relatively new standard – Good Gene, Cellular, and Tissue-based Products Manufacturing Practice (GCTP) – that regulates the manufacturing of gene and cell therapy products. The Center for Gene and Cell Processing facility that we built in Shiga Prefecture meets all of the regulations from the EU, the US, and Japan, including the above GCTP.

Your continuous innovation has enabled you to stay ahead of the competition growing in the US and EU. How important is it for you to contribute to society today as a biotech company?

Gene therapy is very important innovative technology because it affects the human lifestyle and our biological life in many different ways. We definitely plan to continue to make a contribution to human health. One direct way our work makes a social contribution is through gene therapy, in which we work to address medical needs that have not been fulfilled. We are coming up with treatments that are going to affect human health and welfare. I think high medical cost is Japan’s problem, but gene therapy might be able to solve this problem. Theoretically, I think we can also apply gene therapy as a prevention therapy. But anyway, although the cost of clinical trials is so high, we want to identify the effective protocol, target disease for gene therapy and prove the efficacy of gene therapy.

What final message would you like to send to the leaders of the G7?

Viewing from overseas, Japan tends to have image that the economy is the first priority. I want people to see that Japan has another side that does not involve business. There is a tendency in Japan to put a high priority on convenience and make people’s lives more comfortable. However, I believe when we are working with gene therapy, we are not working for short-term profit. We do it to make treatments available to patients who cannot be cured by present treatments. Because the investment in research and development of such a gene therapy field is a big burden for the private sector, I would like to ask the Japanese government to continue long-term investment in these kinds of research and development fields.

My belief is that if we provide high-quality services to people, we make a profit, and patients receive treatment benefit. Japan is not just interested in short-term profit and the economy.

Speaking of Takara Bio, we have 1,200 employees, but only 400 of them are Japanese. We may be a Japanese company, but in a sense we are already international within our company.

If I am going to talk to the leaders at the summit, I would like to say, “It is not that this is Japan, this is America, and this is Europe.” I would like to say this is one community. When all these leaders go back to their countries, they are going to be involved in their own political situations. While they are here in Japan, I just want them to open up to the sense that this is an international community, and that Japan is not just an entity unto itself.