Offsetting - an opportunity, not an obstacle

Interview - October 23, 2013
Mr Barrak Al-Sheetan, Chairman of the National Offset Company in Kuwait, says that offsetting in the Gulf nation is not an hindrance, but an opportunity, for foreign investors. In this interview with world report, he talks about the NOC's efforts to improve red tape, a number of successful ventures that are contributing to Kuwait's socio-economic development and development of its private sector, and why UK investors should get on board 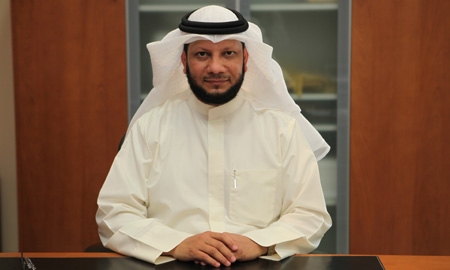 BARRAK AL-SHEETAN | CHAIRMAN OF NOC
Kuwait has been blessed with 10% of the world’s oil reserves. However, some people believe this not a blessing, but making the country too dependent on oil. There have been talks for a long time about the National Development Plan, but things have not moved as fast as expected. What steps should be taken in your view in order to achieve full diversification of the economy?
Kuwait has not been moving as fast as was hoped in implementing the National Development Plan. It is concentrating on its economic development efforts to achieve economic diversification, gradually reducing its reliance on the oil sector. Developing social infrastructure with special emphasis on youth and the encouragement and support of the role of the private sector in the economy, through serious government policies and measures, would no doubt be vitally important in achieving economic diversification in Kuwait.
As far as the Offset Program is concerned, NOC has developed a 5-year strategy intended to achieve the objectives. We initiated the implementation of this strategy at the beginning of 2012, and are already reaping benefits through the successful initiation of a number of partnership projects, between offset obligors and investors from Kuwait private sector.

Through such sustainable partnerships we expect to achieve the primary economic objectives of Kuwait offset program, namely the transfer of advanced technologies and know-how to Kuwait, and the creation of job and training opportunities for Kuwaitis. The achievement of such objectives will inevitably contribute towards achieving the intended economic diversification in Kuwait, and the objectives of its economic development plan.
What offset projects are you currently involved in?
We are currently giving the highest priority to the implementation of offset projects in the education and health sectors. However, we have also approved a number of offset projects that are intended to assist and support government entities, in the electric power and defence sectors. One of the major educational projects is the establishment of a Kuwait branch of the University of Massachusetts at Lowell.
Another offset project involves the establishment of a centre for training, recruitment and employment of citizens with disabilities. This centre will be established in collaboration with the British company, Working Links. Moreover, we are currently assessing a proposal for establishing a medical facility for the treatment of acute neurological diseases and disorders in Kuwait. Such a centre will be established in collaboration with a leading American neuroscience medical centre.
On the other hand, a world leader in the electric power industry has, through offset, established a branch in Kuwait in partnership with Kuwaiti investors. This project will be involved with the provision of consulting services for private and government customers, in the fields of electric power conservation and green buildings.
Another achieved offset partnership involved the expansion and development of a Kuwaiti media and film production centre. This project has extensive potentials to attract Kuwaiti youth, and to nurture their creativity. Yet another offset initiative which we have successfully achieved involved the utilization of expertise of international companies through offset, to provide an ultra-modern design for Al-Ahmadi Cultural Centre, which will house Kuwait’s Opera House.  A number of offset projects in the defence sector have also been successfully achieved in recent years.

These included the establishment of a number of defence equipment maintenance centres, as well as training centres for military cadre and personnel.
The National Offset Company is the first ever government agency to be transformed into a government owned company that implements the best practices of the private sector in order to accomplish its objectives, that are in line with the general economic objectives of Kuwait. Can you give us an overview of the NOC program; especially the national offset program, the current outlook, key achievements, challenges, etc.?
Truly we face many challenges. Although we adopt private sector standards and business practices, we are still under the government umbrella.  Let me remind you that NOC is fully owned by the Kuwait Investment Authority. To cope with the various challenges, we have sought to initiate cooperation efforts with the various government entities that are involved with the offset program or with those entities that could contribute towards the successful implementation of economically viable and beneficial offset projects for Kuwait; projects that would help to achieve the intended objectives of the offset program.
In this context we have eagerly sought in recent years to initiate direct cooperation with the Kuwait Foreign Investment Bureau (KFIB). The concurrence of objectives of the Offset Program and the KFIB is reason enough for our efforts to seek and work on cooperating together. We hope that as a result of such cooperation, foreign companies, including companies that are subject to offset, would be further encouraged to establish sustainable partnerships with Kuwaiti investors; especially since they would be able to benefit from the various incentives that the foreign direct investment law of Kuwait provides.
We are also activating efforts to cooperate with both the Kuwait Institute for Scientific Research (KISR) and Kuwait University, with the intention to jointly develop investment opportunities that involve the transfer and development of advanced technologies and the creation of new job opportunities for Kuwaitis. Such joint venture investment opportunities would be proposed to foreign offset obligors.
Another problem for foreign investors when they come to Kuwait is the red tape and bureaucracy. How is the NOC helping to tackle this?
In fact, there was so much red tape and bureaucracy at the Ministry of Finance (MOF), it led the Government to moving the management of the offset program from the MOF, and establish the National Offset Company and entrust it to manage the program in line with a management agreement signed with MOF. NOC adopts a set of specific and well-defined and transparent procedures for implementing the program requirements. These allow foreign companies to clearly understand what is required to fulfil their offset obligations.
What would you like to say to foreigners about the perception of Kuwait regarding bureaucracy and the National Offset Company? How are you looking to change the perception that some foreign companies have of this program? Some view it as an obligation and not an investment opportunity.
It is true that some foreign companies have the perception that offset is an obligation that results in higher costs for them, rather than an opportunity. It is this perception that we are working to change. To that effect, one of our strategies is to work together with the KFIB towards highlighting the benefits and facilities that offset obligors could secure through the Foreign Direct Investment Law of Kuwait, including land, corporate tax holidays, custom duty exemptions and other benefits.
On the other hand, we are demonstrating to offset obligors that the long term partnerships that we are currently encouraging between the obligors and Kuwaiti investors would potentially help foreign companies establish strong business relations in Kuwait and achieve good financial returns from their investments. Such prospects could very well help change the perception of foreign companies that are still under the impression that Kuwait is not a lucrative investment environment.
The UK has historical and emotional ties with Kuwait. The UK is the second offset country in terms of nationality. Could you tell us what the real opportunities that the UK has to offer Kuwait are, and vice versa?
Given the historically close social and economic relations between the UK and Kuwait, and in view of the general economic development objectives that Kuwait seeks to achieve, I believe there are several investment opportunities that could be open for UK companies in Kuwait. These could include investments in the education and health sectors as well as the pharmaceutical manufacturing sector, which could have far reaching economic and social benefits to Kuwait and could also generate lucrative returns to investors.

There are also potential opportunities for investments in the IT and software development, the media, as well as the environment protection and green industries. Investments in the services sector also have good potentials, particularly in the fields of financial services, given the fact that Kuwait seeks to become the financial centre of the GCC.
What message would you send in order to further increase investment by the UK in Kuwait?
My message is that the offset program of Kuwait is very much interested in seeing that major investment projects in Kuwait are implemented by UK investors, particularly offset obligors. We believe that Kuwait can achieve major benefits from the transfer of technology and knowhow from British firms towards value added projects in Kuwait. To that effect we are working hard to encourage UK companies to invest in Kuwait through offset, and will be making every effort to provide them with all possible facilities.

We believe that we should maintain good connections with UK companies and investors, and one way to achieve such an objective is through participating or organizing joint conferences, that would be intended to highlight to investors the opportunities that are available and introduce them to our offset program and what we can provide them with, in addition to identifying how we can work together to achieve success.