Bahrain enhancing logistics and housing ahead of VISION 2030.

In this interview with The Worldfolio, Dr. Hasan Al Bastaki speaks about how MANARA Developments – since they launched their operations in 2006 – has played a major role in reshaping Bahrain’s logistic and housing sector. The Investment Gateway-Bahrain (IGB) facility aligns with VISION 2030 and supports the government´s efforts in the area. 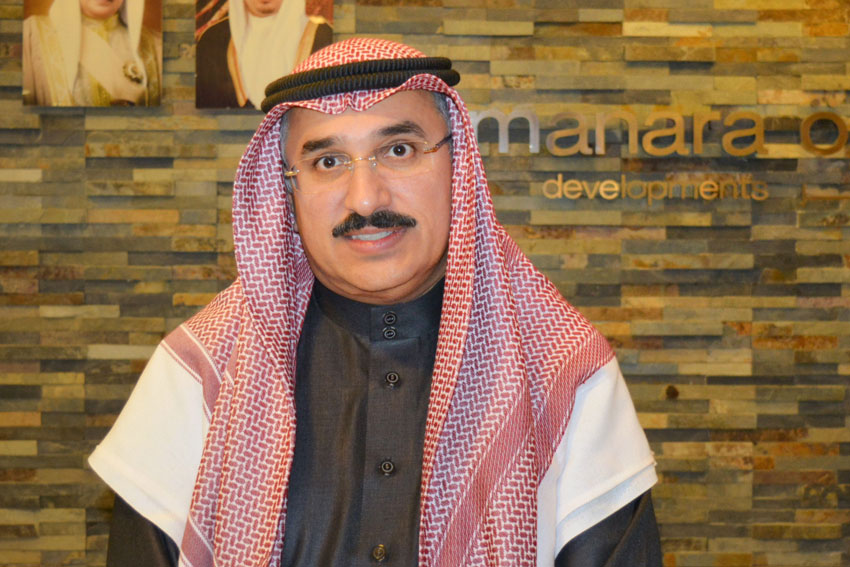 Despite the economic slowdown and rising inflation, according to international Real Estate consultancy Cluttons, Bahrain’s property market has witnessed stability across most real estate sectors, which is expected to continue into 2017. How do you asses the performance of the Real Estate sector in Bahrain and what is you outlook for the upcoming years?

Unlike other countries in the region where we have seen some drops in some countries, Bahrain did witness stability in the second half of 2016 and continues. I think people are more optimistic about 2017. Unlike other countries in the region, the supply side of real estate in different sectors in Bahrain is not as much. In fact there are some sectors that lack enough projects, and also Bahrain is getting into a lot of new big infrastructure projects, industrial projects that's helping the real estate sector, including the expansion of the airport, modernization of the refinery plant, besides other infrastructure related work. I think all this has been creating the momentum and also the focus that we have seen in the last year will continue emphasizing and turning Bahrain into an even better place for tourism.

Most GCC governments regard the real estate sector as the cornerstone of the economic development to take place in their countries. What makes Bahrain a safer investment destination for real estate sector compared to others in the region?

Part of it has to do with Bahrain´s geography, culture and people. The Kingdom is much smaller than any other region, so land is a scare commodity Bahrain. It is limited regardless of the size of any country, but given the size of Bahrain, makes any real estate investment on the medium to long term always profitable. Additionally, yield in real estate assets in Bahrain is much higher than many other places, being at least 7-8% compared to 5% to 6% in the GCC and 2% to 3% yield in international real estate assets. This is something that attracts also investors who are after yield. Again, Bahrain has a lot of solid rules and regulations, laws and judicial system that guarantees ownership protection, whether it is local or foreign investment.

The “Investment Gateway – Bahrain” project represents one of the major steps towards attracting and stimulating investments into the kingdom, with a particular emphasis on foreign direct investment. How is MANARA aligning their projects with VISION 2030?

One of the main key economic focus within 2030 Vision is to turn Bahrain into a logistic hub for the region and more specifically for the eastern province of Saudi Arabia. Our Investment Gateway-Bahrain (IGB), is basically developed toward creating that land space needed to have a logistic facility that can be in line with VISION 2030 and to support the government effort in that area. The government had their own plan and effort in creating the required logistic space like the one attached to Sheikh Khalifa Port, Bahrain Investment Wharf (BIW), and the government one– those two areas are very much closer to the port. Our project Investment Gateway-Bahrain, it's closer to that airport so that our project will be complementing logistic services of it. However, also the location is only 6kms from the port and about 2-3 kilometres from the airport. So that occasion of the land which is part of a much bigger also island that is earmarked on the 2030 Bahrain zoning map as like a district area. Our project is sort of the first part within that huge earmarked island to be created of course with reclamation that is for light industrial proposes.

“Kenaz Al Bahrain”, “Tubli Gardens” and “Wahat Al Muharraq” represents a significant addition to MANARA’s ambition to play a leading role in co-operation and partnership with the public and private sector. What is your balance of PPP´s and how is MANARA taking full advantage of this?

Bahrain, like many countries in the region, strongly supports the private sector to participate with the government in privatizing most of the sectors including the housing sector. Housing is a big issue in every country all over the world, and Bahrain in not an exception. In fact, Bahraini´s gets a lot of housing benefit from the government and for the last 40 years, a lot of us got some benefits some way or another, either free land, free house, subsidized loan, so on. But this cannot go on forever because at the end the resources are limited and government ability to support and spend is shifting. My generation enjoyed a lot of benefits from the government, but the new generation unfortunately will not be as fortunate so they have to pay for a lot of these things. The government of course invited all the private sector to help and participate in resolving or helping with the housing issue. We are being one of those development companies who really enter into this market, the market of creating affordable housing for locals and we have already done a few projects in this category. Wahat Al Muharraq, Tubli Gardens, Kenaz Al Hamala –the focus is development, design, costing pricing focused toward meeting the requirement of locals within the Ministry of Housing's list of people eligible for some sort of government housing benefits. We are happy to be a part of working toward helping solving part of the housing problem in Bahrain.

Despite there being some facilities for Bahrainis to apply for loans, how would you evaluate the current situation of this funding when it comes to housing and what would you improve to make it more affordable to Bahrainis?

The funding scheme introduced by the Ministry of Housing on social housing is quite successful in terms of providing support for those who really need it and as their financial situation or position is improved the subsidy would be reduced. Basically, the government covers 75% of the instalment and individual will pay maximum 25% of his salary toward it, and the balance would be paid by the government. As people get promoted and have better income they will pay more and the government will pay less, which I think is very fair scheme. That's why it is quite successful because people will only put aside 25% of their money income and the government would take care of the rest. We have been part of this and we sold a lot of units within the scheme. The only thing that may need a little bit more time for Bahrainis to accept is that it is not possible to have their own separate villa. Supplies cannot match the demand because developers find it still difficult in some areas to be able to produce villas at maximum price allowed under the scheme.

The Ministry provided us with some statistics some time ago, and around 50,000 people were in the list seeking housing support assistance. But the problem with those people or maybe majority of them, they want their own individual house. People should start thinking different, looking at both – on the one side the ability of the government to support and provide whatever needed now compared to 20-30 years ago, and also living in a different style – style that might not be worse than having a separate house. But if you think about it, another angle might be even better. I mean I can have my own separate house but difficult for me with a small house to have a nice swimming pool, a gym other facilities. But if I take an apartment within a building with all those facilities that shared facility is something of a great value, playground for children, all other. So, people acceptance of moving from separate villa to an apartment didn't yet take place at the good percentage.

When we met with the Minister of Works H.E. Essam Essam Bin Abdulla Khalaf he also stressed the importance of promoting eco-friendly developments. What efforts is MANARA development making of Environment care and Green Housing?

Well of course with as much as possible within the constraint that is available to minimize the consumption of energy by doing whatever is needed in terms of insulating the house units design-wise, all those kinds of measures. However, I think this is also something that should be worked with the cooperation from the government, especially the energy is a quite important matter. We all know that the government is subsidizing the energy quite significantly in Bahrain and this is also with time will not be there. But people are now including developers don't have really strong financial incentive to use you know solar energy for example. Because they are capital intensive, so it would be upfront for them, yeah. And over the long term if the energy price as it is now, there's no incentive. Take a simple example of water heater for example or air conditioning, I mean why should I pay now for example almost 10 times for a solar water heater if I can put normally one for one-tenth of the price. I know the energy cost per month will not be more than another 1 BD or 2 BD per month extra. So prices should and will go up for people to make – I mean we need not only developer to do changes from their social responsibility perspective but also end users to shift their behaviour because there's economics into it. At the end, most of the issues, they have some financial and economic aspect, so people have to feel that if I spend today that much upfront I will save in the future and this will happen only if people are paying the market price for that energy like electricity and other type of energy to avoid any wastage. In the meantime, government can also subsidize and support until the time that this become part of – common enough. So, the government is subsidizing electricity. They can subsidize buying some of those energies efficient or solar based equipment.

There will be endless ways of cooperation in different sectors, even more in the real estate sector in particular. There is a lot of knowhow and expertise from the UK that already are in Bahrain helping different projects that can be expanded. A lot of consultants from the engineering houses of international reputation currently working with Bahrain which are of UK head office. Maybe their business can be expanded in Bahrain. A lot of UK products that are known for good quality like German and other products also, those maybe now with a lower exchange rate, can be even more affordable and can be expanded. We know that also on the other direction a lot of people from Bahrain do invest in the UK market in the real estate market. We would like to see people from the UK also investing in Bahrain market. We know they invest a lot in Dubai. I think they need to maybe know Bahrain better, and also need to work with you and others helping Bahrain build awareness. But looking around us, not being a Bahraini or British to Bahrain, but looking around us I think Bahrain in terms of liberty, in terms of human rights, people enjoy more than other countries in the region.