Carlos Herrera Perret, Executive Director of PROINVERSIÓN, sits down with United World to outline Peru’s current economic dynamics, and the challenges of the Finance sector in the country. 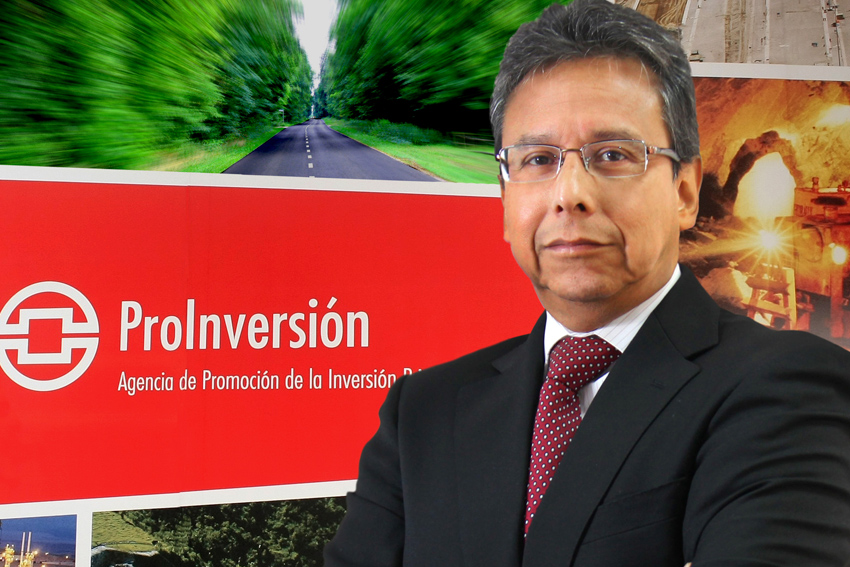 The economic growth that Peru has experienced is way above many other countries in the region. What are the current challenges the country is facing in order to keep promoting the investment and continue to grow? Which sector can make its economy more dynamic?

Peru is a country with a remarkable for production and growth that will allow it to recover in the short term the growth rates that it had in the last decade, one of the highest in the world.

That potential is based on many different things:

First, the consolidation of a precise economic policy with a strict fiscal discipline. This has caused a growth in the middle and lower income segments which boosted the domestic demand.

There are many shopping malls being built in the whole country at the moment to accompany that process.

Second, Peru is a country that is rich in natural resources. We have the capability to become a very attractive location for the food processing industry and a platform for exports.

For instance, right now we have around 100,000 hectares used by the exporting agricultural sector on the coastline.

These will triple in the next few years thanks to the irrigation projects like the ones in Olmos, Chavimochic, La Libertad, Majes Siguas, Alto Piura, and Chinecas.

These will help us take advantage of the different FTAs that the country has signed. Even though Peru is a mining country, and the main players in the sector are operating here already, there is a great potential in the forestry sector that has not been put to good use.

It is practically a virgin territory, we only need to start working on the deforested regions.

On the other hand, there is also tourism. The Machu Pichu is not our only touristic attractive, there are seven different hubs for the sector we need to develop, which mix together cultural tourism, experiential travel, cuisine, etcetera.

There are also opportunities in the construction sector, because of the need that the country has to expand its infrastructure network to match the great productive potential that Peru is achieving.

In this matter, the attraction of investment is very important. We are talking about an 80 million dollar gap in infrastructure, obviously the government is not in the position of facing that challenge and it needs the private sector.

The Public-Private Partnerships (PPP) have been very successful in this regard, in roads, communication, ports, energy, transportation, natural gas pipelines, social infrastructure, hospitals, and schools.

We have interviewed almost every leader in the Peruvian private sector and they all agree that the PPP model is a success. Still, every one of them has pointed out several obstacles for investment. What is the most appropriate roadmap in order to create more synergies with the private sector and attract more investment?

The state has understood the need to go side by side with the private sector. Our roadmap aims at working with more PPP projects to continue developing that synergy that we are already witnessing.

At the moment, Proinversión is working with an international consultant in order to identify the obstacles for investment and to make recommendations.

Besides Proinversión, which is the state agency for the promotion of investment, the private sector is working through inPERU.

In the next few weeks we will travel with that institution to Beijing, Seoul, and Tokyo. We are working together to attract investment. The public sector must improve its procedures and create new abilities at some levels.

In this sense, the Ministry of Finance has a special team in charge of facilitating the procedures, for example, making sure that the projects don't go out of schedule.

It would be interesting to make this work more permanent and more horizontal.

The private sector has high expectations for the PPPs. The main feature of our model is transparency. All the information from our projects is available through our website.

Plus all of our projects are interactive between the market and the state, the basis and the contracts are enriched throughout the process of promotion, and before we write the documents we must consult the regulator, the corresponding Ministry or regional government.

Our entire activity must be approved by the Contraloría General (the Government Accountability Office). Every investor enters the process with the same chances.

We want to create more competition, that is why we are developing international Road Shows more often.

This is a changing international context, where China has just devalued its currency and people are increasingly cautious before investing. We are analyzing the cases of Brazil, Chile, and Colombia, in order to attract foreign direct investment flows. How could Peru differentiate itself from the other countries in the region to attract more investment?

The countries of the Pacific Alliance have all proven to be serious in their economic management and have shown a positive difference compared to other economies.

What distinguishes our country from the other countries of the Alliance is our development. We are behind the other in our consolidation, thus we can offer more opportunities.

There is no better way of selling a country than promoting and showing the world the emblematic projects on its territory. Some of our interviewees have told us about the importance of Telefónica coming to the country, because it is opening up the market. What projects would you highlight to our international readers to attract more investment?

First of all, it is important to underline that the projects are never isolated, that everything that is carried out has a direction and a vision for the future, according to what has been carried out before, and that shows continuity.

In terms of the national government, a few years ago we started working on two important projects for the building of roads.

This is a part of an initiative called IIRSA, which is the idea of building a road network that would improve the connectivity in the region.

The two IIRSA projects will help us improve our domestic connectivity and with Brazil, to connect several rivers with the Amazon and reach the Atlantic Ocean.

We are also working on making the Amazon River navigable. This will have a great impact economically and socially with a relatively low investment cost.

It will be significant for the people in the Amazon region, which has been historically marginalized. Apart from that, we are also working on the Panamerican Road that will go from south to north, and on the longitudinal road through the mountains.

We are standardizing old roads, which will make the traffic more light, making it easier for trade.

Proinversión is also working together with the regional governments, strengthening their abilities so they can also develop PPPs.

We collaborate with them in activities for training, and for identifying investment opportunities that they can develop themselves. We are doing workshops for this every month.

In terms of the port system, the development and strengthening of the sector is a part of the plan of the national port authority and the Ministry of Transportation.

We have already licensed docks in Callao, Matarini, Paita, and Pisco. We are currently working in the ports of Chimbote, Ilo, and Salaverry, which will be licensed next year.

These projects are private initiatives or solicited proposals. About the public transport area, we are developing the Lima – Callao metro system, which consists of six lines, one of which is already operational.

This project will continue despite even after the change in administration, which proves that this whole process is unstoppable.

The Ministry of Energy and Mines has plans for an energy hub, they are considering the development of regional pipelines.

We have a project for the massive distribution of liquefied gas in the south of the country, with the goal of developing domestic gas distribution in seven southern regions and another for the building of a gas pipeline in the north.

We have a plan for the transportation of liquefied gas from the plant in Pisco, 250 kilometers to the south of Lima, until Tiza, in the Lima metropolitan area.

In telecommunications we are about to license a band of 700 MHz, three blocks for high-speed transmission of 4G and four regional optic fiber networks.

While in terms of electricity supply, we are going to auction energy, in order to get the companies that are carrying out long-term projects, for example a hydroelectric power plant, have a market assured.

We spoke with Barbara Bruce from Hunt Oil Company, with representatives from Luz Del Sur and with the United States ambassador in Peru, Brian Nichols, who told us about the relationship between the two countries. What is your assessment of the United States companies operating in Peru? What potential do you think is there for further strengthening the potential and attracting American investment to the country?

The relationship with the foreign investors is generally very good, and even better with the investors from the United States. In Peru, with Proinversión as a mediator, we have a mechanism for legal stability that guarantees the permanence and compliment of certain basic rules for the investors' business procedures.

Besides, this agreement includes conflict solution clauses based on internal mechanisms. A few years ago, the tax administration made the mistake of failing to acknowledge the stability granted to the company Luz Del Sur.

They sued us, we went into an arbitration instance and we recognized that it was our mistake. Because of this, Luz Del Sur is still present in the Peruvian market.

The state has made a commitment and it sticks to it, we definitely respect our investors and they trust us.

On the other hand, we still have a great amount of work to do for promotion in the United States.

Through a collaboration with Georgetown University we have been able to analyze the relationship between the two countries, and we have come up with several ideas to increase the knowledge of the American investors on what happens here.

The promotion strategies must be tailor-made, and in that sense, an economy as big as the American demands a great deal of work.

We are together working with Ambassador Miguel Castilla, who is a former Minister of Finance and president of Proinversión, with the goal of strengthening our bonds.

Next September in New York there will be a meeting on the military relationships on the level of the Pacific Alliance where we will participate. We have also already visited Chicago, Florida, Houston, and the West Coast.

We are publishing this interview in the United States, New York. What tailor-made message would you like to give this audience?

Generally speaking, we have to highlight the issue of the stability of our economic policies, our open market, the guarantees that the FTAs involve and our transparency.

One of the reasons that might have driven the investors from the United States from South America was maybe the corruption and lack of transparency, especially regarding the PPPs.

Our country has nothing to do with that. Another important topic to highlight is the multitude of investment opportunities to be found in Peru.

Finally, I would like to tell the investors that Proinversión is always there to orient them, support them, and accompany them throughout the process of exploring the different opportunities for future investment.