The unification of the markets.  Putting an end to local infighting, Argentina’s main stock exchanges have now united under a common market known as BYMA.  The Worldfolio sits down with its first leader, Ernesto Allaria, who shares his goals to making the consolidated institution an engine for the repatriation of Argentine assets and companies and growth of the local capital market. 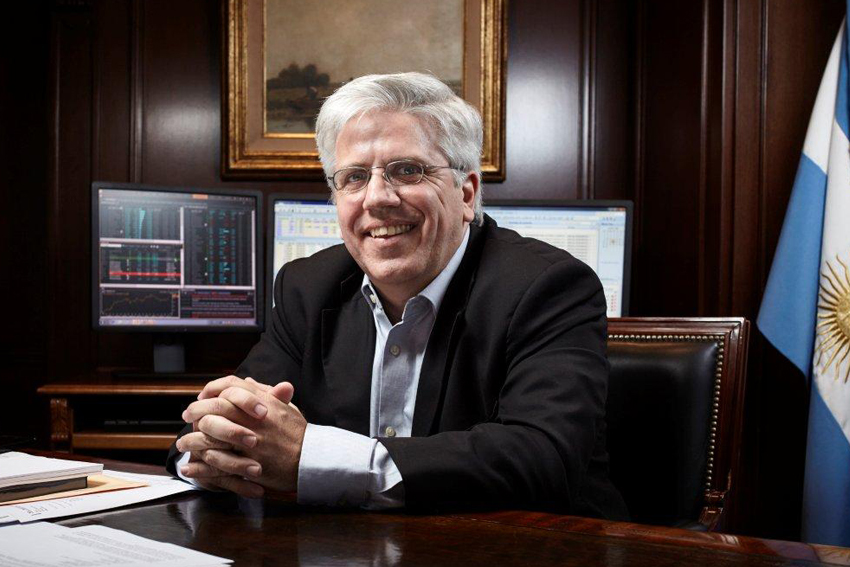 What is your overview on Argentina’s new economic opening to international investment?

Lifting currency restrictions and arranging a deal with holdout creditors enabled Argentina’s return to capital markets, and unlocked its economic potential.  It had been blocked from the global capital markets for many years, and this new situation has enabled both the federal and provincial governments to issue foreign bonds, as well as private companies.  These entities where then allowed to sell off debt, and restructure their financial situation.

While the potential of the Argentine economy is not in question, its long-term predictability is, and trustworthiness of the economy is.  Nevertheless, the 2015 and 2016 reforms have reawakened investor interest with over $40 billion pledged in the first year.  How was Argentina able to obtain such investment so quickly?

Argentina’s rates of return on are very high.  This fact, combined with the relatively scarce ROI rates in developed markets, have generated investor interest in Argentina.  The first to arrive were the hedge funds, with more aggressive investment portfolios; later the more cautious investors will come.  Investors see the change, and seek to take advantage of these high rates which Argentina offers.  Before the U.S. election they held at 6%, and they now hover at 8%, still below the 12% when the country issued the debt sale in 2015.

In recent months, Argentina’s foreign policy under the Macri administration has shifted towards the Pacific Alliance, with the aim of diversifying its economic partners to lessen its dependence on Brazil. What should be Argentina’s focus?

Argentina is returning to the international community and must be open to everyone: the Pacific Alliance, Brazil, the United States, and many others.  We were distanced from the global community and thanks to the work of the President and his Foreign Minister we are reactivating our dialogue and involvement with other countries and trade blocs.

You have created Bolsas y Mercados Argentinos (BYMA), which unites the stock exchanges of Buenos Aires, Córdoba, Rosario, and Bahía Blanca.  Its objective is to recover lost market, as today 90% of publicly-traded Argentine companies are listed on the New York Stock Exchange. How will you achieve the necessary confidence to repatriate this market?

By unifying all our stock exchanges we become a stronger competitor to the NYSE.  This process has been done in our region, referenced by the Bovespa in Brazil.  BYMA will create a new segment of the market with high corporate standards, which will attract top-tier companies, as well as foreign investors.

For the investor which can easily access companies listed in New York, why choose BYMA?

Argentina is undergoing a whitewash of its asset markets by integrating them into the formal economy through the government tax amnesty plan.  This means that investors which currently invest in New York who go through this process will be able to have declared funds in Argentina.  The greater declared assets will be beneficial to local investing.

Investors need stable mechanism for investment to believe in an economy and succeed.  We must provide credibility to our market and protect investors.  It is also necessary to reduce cost.  One could think of capital markets like a vertically-integrated chain, with pre-negotiation, negotiation, compensation, liquidation, and custody done under one roof.  Doing this through BYMA will help investors bring costs down.

To pull this off we need to add the technological factor, where BYMA has made inroads by acquiring the same trading platform as is used in the London Stock Exchange, which will shortly be operational.  This will make operations more agile thanks to the Direct Market Access implementation.  This is what foreign investors need to invest with confidence and transparency.

A key goal of ours will be education and communication.  In addition to foreign investors, we seek to grow the local market, so we will therefore launch tools to make the local investor engaged in the Argentine financial system as an attractive option.

Which are the measures taken to incentivize local involvement in the stock exchange?  How will you reactivate dormant local confidence?

Through education and training.  The government’s tax amnesty plan is repatriating billions in savings and assets to the country and Argentines who are bringing their money back will be looking for places to grow it.

The primary change now in Argentina is that the regulators themselves are more interested in educating the public on these possibilities, as there is now a strong initiative to formalize the private savings.

However, we must focus not only on creating demand to invest here, but supply.  We must persuade companies that list on the NYSE to come back and list on the Argentine indices.  Removing redundant taxes shall be critical for this accomplishment.

How are the markets changing?

Many companies now have younger CEOs, which are more eager, which has led to more IPOs.  People feel the change that is happening in Argentina and acting on it.

What is your personal goal in your leadership of BYMA?

Successfully manage an Argentine market which can repatriate what we have lost abroad and which can integrate itself in a common market rather than a fragmented one.  Our competition should be abroad and not with each other.  The Argentine capital market should be able to multiply by 20.  As an example, Brazil’s GDP is three times that of Argentina’s; and the Brazilian market trades about US$2 billion when Argentina trades a mere $20 million, creating a great margin for growth.