Auction for next generation mobile in Pakistan will awaken dormant sector

Interview - March 24, 2014
Pakistan's Minister for IT and Telecoms Anusha Rahman speaks to Upper Reach about the liberalisation of the Telecoms sector, the upcoming Auction for Next Generation Mobile Services, which she believes will help to expand the broadband consumer base. She also discusses the ICT manufacturing industry in Pakistan and untapped investment opportunities for foreign investors 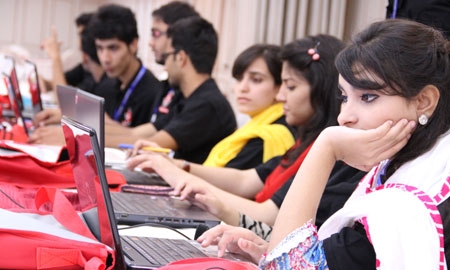 ANUSHA RAHMAN | MINISTER FOR IT AND TELECOMS
What kind of changes will 3G bring to Telecom Sector in terms of telecommunications market value addition and overall development of the country?

The telecom sector in Pakistan was deregulated in 2003 and subsequently different fixed line licenses were issued. After that in 2004, cellular GSM licenses were issued under Cellular Mobile Policy 2004. Since then the sector has been stagnant in terms of offering new services to the people. The upcoming “Auction for Next Generation Mobile Services” will certainly bring in a set of new services and applications for the people and will certainly change the business model.

I foresee the birth of an altogether new sector of content development that will flourish because of this auction. Also, it is hoped that competition will shift on services rather than prices. The launch of Next Generation Mobile services will also help in expanding the broadband consumer base in Pakistan.
What is your strategy for PTA’s role in supporting the telecom sector and inspiring international investor’s confidence?

Following the deregulation of the telecom sector in Pakistan, the role and responsibilities of all stakeholders are well defined. The Government has a mandate to formulate policy framework which is implemented by the regulator through a compliant regulatory framework. The Government will fully support PTA in discharging its role in a transparent manner to nurture the industry while also safeguarding consumer interests. PTA being the regulator is the implementing arm of the Ministry and is directly involved with the operations of the sector.
Plenty of investments are expected to flow into the Telecom and IT manufacturing industry. How are you positioning PTCL and other institutions under this Ministry to become the vehicles for these investments?

Local manufacturing and creation of employment opportunities are priority areas of the present Government. We will support all entities that come forward with sound proposals in this regard. The Government of Pakistan’s policy on Spectrum Auction for Next Generation Mobile Services has also special provision for promotion of local manufacturing. Government policies are non-discriminatory and therefore we won’t be promoting any specific institution over the other.
Rather we encourage productive competition among the entities. We are open to all workable options to meet the objective in a transparent manner which includes Joint Ventures with multinational companies and indigenous private sector efforts.
What is the future potential of Pakistan as an investment destination for multinational corporations?

Pakistan presents an attractive opportunity for global investors with its investor friendly policies and untapped markets. Pakistan has shown economic growth of 7 percent in recent months due to the efforts put in by the new government.  FDI policy is quite liberal with minimal restrictions, permitting the foreign investors up to 100 percent repatriation.
In the field of telecommunications, the upcoming auction of the Next Generation Mobile Networks licenses is one of the promising opportunities for foreign investors. The untapped market with broadband proliferation currently at 1.5 percent and cellular subscriptions up to 75 percent has significant potential for reasonable returns on foreign investment.
With the UK being the third capital exported in the world and first historical investor in Pakistan. Are there any prospects of securing strategic partnerships with UK institutions in their expertise areas such as IT security, fiber optics network and broadband penetration?

Pakistan has strong bilateral trade and investment relations with UK in many sectors and the Government will welcome UK investors in Telecom sector of Pakistan which has the most conductive environment for foreign investors. The Government will encourage UK investors to take part in upcoming auction as well. In addition to investments, we will also like to take benefit of the UK expertise in all fields of telecommunications including those mentioned in the question.