Iconic American firms, such as Coca-Cola, have succeeded in the Egyptian market through both tumultuous and thriving times. Used as a strategic hub to service the European and African markets, there is great potential for further business partnerships between the two countries. 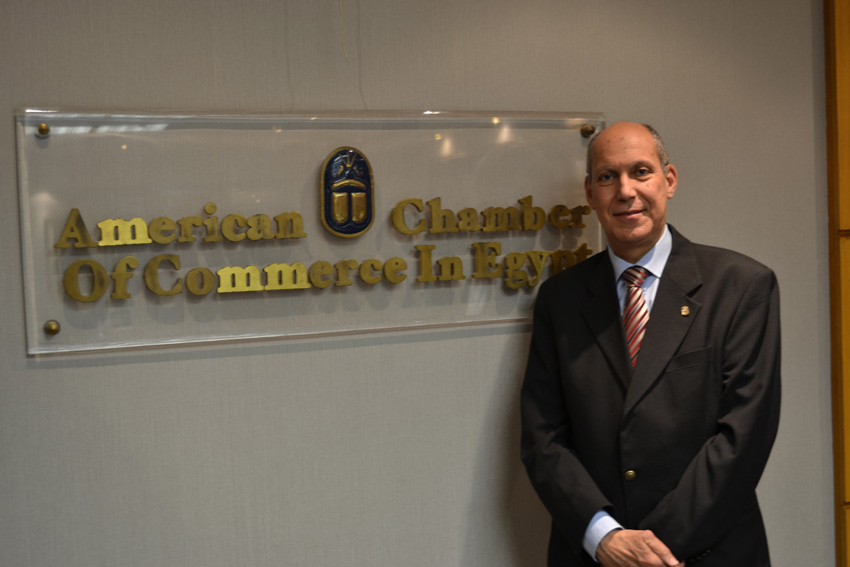 Up until now, we’ve spoken to quite a few people in the government.  We’ve just started to speak to the private sector.  How optimistic are you about the future of Egypt and the will of this current government to make things happen?

I’m personally a very optimistic person. We have come out of some dark times.  What has happened in the last year and a half has been quite fantastic because the potential of Egypt was always there.  The whole key to its success is building its potential and getting the government to adopt principles that have succeeded elsewhere and move forward.  They are working very, very hard.  As the momentum accelerates and they continue to listen to the practitioners, Egypt will grow exponentially.

Is there a case study that could give an example of this?

There are many successful case studies, but I don’t think we should adopt any particular one.  We should take the best practices from each one and adapt them to Egypt.  Egypt is unique in its culture and history, but when you are talking about economic policy, there are things that work and things that fail.  We need to look at those best practices.

How do you see the current sentiment toward Egypt?  There was a lot of hesitation from both tourists and investors about risk and instability.  How do you see things now?

You need to separate between those who have been here for sometime and those looking at Egypt as a destination for investment for the first time.  Those who have been here have grown and adapted in spite of what happened in the last four years.  They will grow very quickly because they have adapted.  That is a case study in itself; multi-nationals and U.S. companies adapted to a situation that was unprecedented. They had to be creative in their forms of security in ensuring the safety of both local and international employees.  They had to learn how to change inventory management and deal with labor strikes and become a better and fairer employer.

Egypt is a completely New Egypt today and we are out of those dark times. In fact, they are almost forgotten.

For those who are coming into Egypt and doing their due diligence, they are seeing potential.  Those who have been here are expanding.

Where do you see areas for more cooperation between Egyptian and US companies?

Why would a US company choose Egypt as their hub into Africa versus South Africa for example?  Is it because you can service the Arab World, Africa and Europe?

Coke exports out of Egypt to 43 countries and they serve 34 countries out of Egypt.  Why?  Obviously, it’s our strategic location, but also our trainable and low cost labor.

One of the biggest contributors to the GDP is tourism which has suffered recently. How can this be changed?

This will change as security gets better.  Tourism is a big challenge and is affected both by local and international events. As an example, tourism from Russia; which is large in numbers, has been affected by the sanctions and the collapse of the rouble. In Egypt we are in need of increased promotion and understanding of the real opportunities in hand. Working with big tour operators is essential.