All the ingredients to become a manufacturing and export hub

“I don’t think we’re anywhere near our full potential. I don’t think we’ve even gotten to 20% of our potential as a country,” says Mr. Basil El-Baz, Chairman and CEO of Carbon Holdings, who discusses how Egypt has all the elements required to become a global manufacturing hub. Egypt’s aspirations in this regard will be mainly supported by the development of the Suez Canal Economic Zone, which is set to see hundreds of billions of dollars of investments from both domestic and foreign investors. 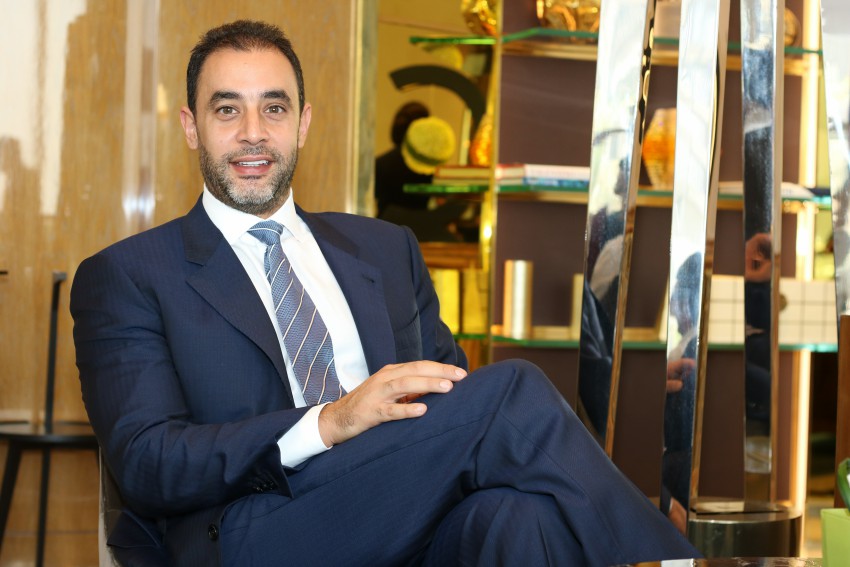 Singapore was very successful in enabling the manufacturing sector and creating the supply chain and the entire conducive business environment. One of the things that Egypt is trying to do is implement legislative reform to improve the ease of doing business. How competitive do you view the overall ecosystem in spurring private sector engagement and being attractive to multinationals?

I have a very different view on this than most people, in a sense that I believe the private sector knows what’s best for itself. Most global multinationals know where they can and cannot be profitable. I will tell you that a lot of them have jurisdictions where law might not even exist, but because there’s an opportunity, they’re there. So, ultimately when it comes down to it, you can legislate one of the best laws, which I think through the reform program, we started to do that. You can start to look at creating an ease of doing business environment, which you started to see in Egypt. Ultimately it goes down to: do the manufacturers have the raw materials to manufacture with?

If you take a look at what Egypt imports, some of the things are just mind boggling. We’re importing diapers, coat hangers, plastic bags. That’s just the start of it. We’re importing basically everything from behind the walls from an infrastructure point of view. The majority of the plumbing pipes, industrial plumbing pipes that are large in diameter are also imported. That may be the proper way to do things if you had a population of 1 or 5 million, but you have a population of 100 million, and your consumer market is extremely deep.

So, what that means is that there’s an opportunity. The guy who’s going to manufacture plastic coat hangers on a world-scale basis is going to do very well here. The guy that makes plastic pipes for plumbing is also going to do very well. I had a conversation with one of the largest retail mall developers globally, who basically managed to open one or two malls here in Egypt. He told me, if you take all of my assets globally and just put country A, B, C, D, E in that performance, you will find that one sticks out; it’s over performing all of them. If you look at it from purely the numbers, you would focus only on that, and that is Egypt. This means that through the revolution, post revolution, the devaluation, and the reforms have impacted various portions of the social structure, consumption has not slowed down. So, you possess all of the ingredients that would allow you, with a disciplined industrial program, to have a manufacturing sector emerging fairly quickly. I think we’ve put the legal framework in place to allow that. I think it’s now a function of putting place what I would call the base raw materials to allow those manufacturers to say yes this makes sense. Let me do this in Egypt.

How competitive do you believe Egypt will become as an exporting hub in the next 10 years?

I could think that it can probably be one ofthe most competitive hubs because, ultimately, what it comes down to is the cost of any product. You have the manufacturing cost, but then you have to deliver it to a customer. When you deliver, you’re going to put a thousand of these boxes in a container and ship it. Now, what I can tell you is that you can get a container from Egypt to Europe for about $10, give or take. However, from the Arabian Gulf, it’s about 100 dollars. In most of Africa, it’s in the triple digits. You start getting into the delivery cost to the customer and it is significantly cheaper if you base your manufacturing hub in Egypt. So, if you had an abundance of raw materials on the ground without marketing them, I think the manufacturers will come by themselves. They will start putting their facilities in place. As these facilities start to run, I would not be surprised if they started relocating other facilities from their jurisdictions to Egypt and centralizing production here. I mean if the world were flat, Egypt would be in the middle. Egypt is one of the few places globally where you can service north, south, east, and west competitively. Not many countries can do that. Manufacturing in South America, their trade flow will be around South America, maybe in the Caribbean, maybe into north America, but that’s about it. You’ll never see them going off to Asia. If you look at what the Chinese have been doing in the Suez Canal economics, I don’t know what their master planning is. They’re looking at manufacturing facilities to be located there to service the African and European markets because of the 21- days of sea voyage that they would save, which means that their products will be much more competitive. So, you’re in a world where defectively freighted logistics are now the key driver. Give or take, the standard of living globally has been slowly improving a little bit. People have expectations to live better lives. Most governments have expectations that they’re going to be paid taxes. There’s a lot more transparency than there was 10 or 20 years ago. So the consequence of that is that whatever crazy competitive advantage you could’ve had because of subsides or labor is slowly disappearing. The one item however that is always there is freight. If you’re located at the south pacific with all of the cheapest variables, you’re not selling your product because you can’t ship it to anyone. The population of the South Pacific is not very large that it would make sense for you to put big manufacturing facilities.

How do you see the labor force?

First, you have a large labor force. The second thing is that Egypt has historically a very sizable skilled labor force. Skilled from the sense of professionals like engineers or lawyers or accountants. Skilled as in with technical degrees. If you look at any of the existing factories, you’ll find that the labor force is entirely Egyptian. If you take a look at the construction facilities, you’ll find the construction crew entirely Egyptian. I have yet to hear of a case of somebody who constructed or put a facility in place and had difficulty finding labor. In fact, one of the things that happen is that you find too many people applying for the job. Several of the large multinationals specialized in engineering started selling out pretty serious engineering offices here.

This is where I probably get myself into a little bit of trouble as they say. So, the world typically will move for a certain economic theory for a while until someone actually starts to get into and think about it. Foreign direct investment is extremely important, make no mistake. FDI is an acronym we all talk about and how much FDIs did. That’s fine. Those companies come in and deploy a billion dollars here and build this thing. That foreign investor is located somewhere else. So when that thing starts to make money, it’s safe to say that the majority of that money will go out and that’s fine. You do need to have foreign investment. It’s critical, but what you also need is a healthy bunch of domestic investors who are going to be looking to reinvest their dividends on the ground. This is, I think, where several developing countries have gotten themselves into a bit of trouble.

Egypt, fortunately, has a very heavy private sector that is deploying money year in and year out. You can see it just from the list of people you’ve been interviewing and the pictures over here. You’ve got some pretty serious people who are investing in their businesses and reinvesting their dividends from the year before into what they do on the ground. At the same token, because of the jurisdictions attractiveness, you’ve got oil and gas companies. We are a gas and oil economy, and don’t let anyone tell you otherwise. Our investors, BP, Shell, ExxonMobil… these are the guys that come in and invest seriously and their exploring and drilling. Eventually, you’re going to see what I think their mirroring on the manufacturing side. That will happen once you have heavy industry producing the raw materials for them. A lot of foreign investors will be a little bit hesitant to go to a jurisdiction they don’t know on a green field basis. This is where sometimes partnering with local investors who are specialized in their field could be helpful. It’s a dynamic that’s going to have a little bit of tension to it, but it has proven to be extremely successful.

When you think about it, emerging markets do have a certain level of attractiveness. I think those emerging markets that have large populations over the long run have typically outperformed those with smaller populations just because a smaller size population limits what you can do after a period of time. Egypt historically, with the exception of the revolution, has been growing at a pretty reasonable pace. We’ve had several good years. I think at some point we were the best performing stock market globally for a couple years; the best performing in the emerging markets for several years as well. I don’t think we’re anywhere near our full potential. I don’t think we’ve even gotten to 20% of our potential as a country, if you ask me. This is one of the reasons why we as a group are only focused on investing in Egypt.