Due to the pronounced economic crisis that has beaten the stability of several economies at an international level, the investment efforts in research and development have dramatically fallen, and have been relying on the private sector in some countries, among which we find Spain. In Spain, the R&D investment has declined 8% from the beginning of the crisis, and 3 out of every 4 Euros spent in R&D are spent by the private sector. In this context we interviewed Mr. Augusto Rodriguez-Villa, Founder and President of AlgaEnergy, a small company that has positioned itself at the international forefront of microalgae biotechnology through its investments in R&D. 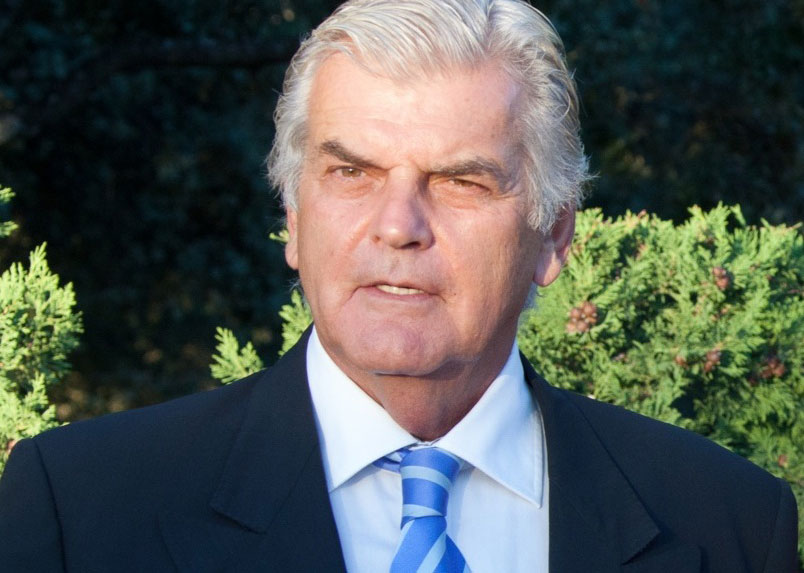 How was AlgaEnergy created and why microalgae?

AlgaEnergy was founded at the end of 2007 by several entrepreneurs with long and successful business careers. We dedicated our first efforts to become familiar with this sector and its enormous potential. We performed an in depth SWOT analysis, and defined the research and business strategy we wanted to implement in the coming years.

The next phase, which was crucial, was to ensure that the company had stable agreements with scientific collaborators and advisers of the highest level at an international scale. We had the chance to involve one of the few internationally recognized scientists, who has dedicated 40 years to microalgae and photosynthetic processes, as our Scientific Leader. Once all of this was done, we had to provide the company with the substantial financial resources required to develop a strategic business plan, as ambitious as AlgaEnergy’s one.  Fortunately, we were able to add a significant amount to the initial resources by the entry of our shareholder Iberdrola, the world leader in renewable energy, in 2009.

And why microalgae you asked? Because microalgae provide an inexhaustible business potential with a diversified risk in growing sectors. Some of them are very profitable already, while some of them still need some R&D. On top, if we add that the business model is CO2 consuming, this activity is much more attractive from a social point of view and from a personal as well.

What are their benefits and potential? What commercial applications are already profitable?

It is no secret anymore that mankind has to face a triple crisis: food security, energetic efficiency and the environmental sustainability.  To the present knowledge, microalgae culturing is the only biological process that has potential to palliate simultaneously and in the near future all of these crises, as an inexhaustible source of food and clean energy, while contributing to the environment.

Consequently, I cannot think about any business project which is more attractive: working on the development and fine-tuning of the CO2 reduction technology, in which AlgaEnergy has become an international reference, and at the same time, producing very valuable products for human nutrition, aquaculture, agriculture, cosmetics, etc.  In other words, no other human activity is in a position to contribute to changing the rules governing world society in such a revolutionary manner.

We have to bear in mind that microalgae consume up to 2 kg of CO2 per kg of biomass that is produced; they are inexhaustible and very productive, allow even a daily harvest, grow in all kinds of water (including waste water), have a very high content in proteins and are the original source of Omega-3 fatty acids, etc. There are many advantages that can be puzzled into a nice business model. In fact, several applications are quite profitable in fast growing markets.

With these advantages versus traditional crops… isn’t your activity being supported by the governments and the public sector?

Transcendent activities such as AlgaEnergy’s are increasingly capturing the attention and interest of the most developed governments. However, as you can expect, due to the crisis of the last years, several non-productive investments have been stopped or put on stand-by, particularly the R&D in Spain. In difficult times the shorter term needs to be prioritized, as it is natural. If on top you are an SME relying on the R&D, such as AlgaEnergy has been up to now, the limitations are sharpened.

Nevertheless, it is true that there seems to be a growing interest by the authorities to recover the time and opportunities lost since the half of the last decade until the beginning of the current one. In fact, the European Commission has taken up the baton and has recently launched a funding instrument for SMEs with innovative projects which have high growth potential, go in line with the development strategy for Europe (Horizon 2020), and can have a positive social and environmental impact. This is particularly interesting for the SMEs that comply with the requirements, since access to conventional funds for these kinds of activities is very limited now. The program, named SME INSTRUMENT, has already selected the top European SMEs that comply with the requisites, among which AlgaEnergy was also selected to enter the first phase of the program. During the first phase we have been working on the consistency of our business plan, with the help of a business coach and 50,000 € granted by the EC for this purpose. However, the second phase is the most interesting, to which we will submit our application in the present month.  The second phase of the SME Instrument grants a non-reimbursable fund of around 2-2.5 million €. However, the projects which make it through to the second phase, really need to stand out and have an impact in economic, environmental and social terms. It is the Champions League of the SMEs, and we believe that AlgaEnergy, as the first company worldwide which is capturing real noxious gas emissions from other industries and transforming them into natural products, will find its place in it.

What would the grant of the 2nd phase mean to AlgaEnergy?

There are very few pieces of news that have the same interest to us, if any. Indeed, the grant of the second phase of the SME Instrument would allow us to definitively boost our consistent Business Plan, and finally exploit in a very profitable way the enormous effort in R&D carried out during 7 years, which we have spent developing the most advanced production technologies and innovative products, and setting the grounds for AlgaEnergy’s future development. Having the support of the European Commission, apart from filling us with pride, would open quite a lot of doors to possible partnerships. Sincerely, anything could cause more satisfaction than that.

What final message about AlgaEnergy would you like to add to our readers?

I would advise them to follow this company. If in a short period of time it has consolidated itself as an international reference, due to the rigor in the planning and execution of its activities, in the future it shall be one of the large players contributing to improve life on our planet and preserving the environment.