Former teacher and professional wrestler Hiroshi Hase, Japan’s Minister of Education, Culture, Sports, Science and Technology, discusses the impact the 2020 Olympics is having on the country’s infrastructure, attitude to sport, education sector, and spirit of innovation. 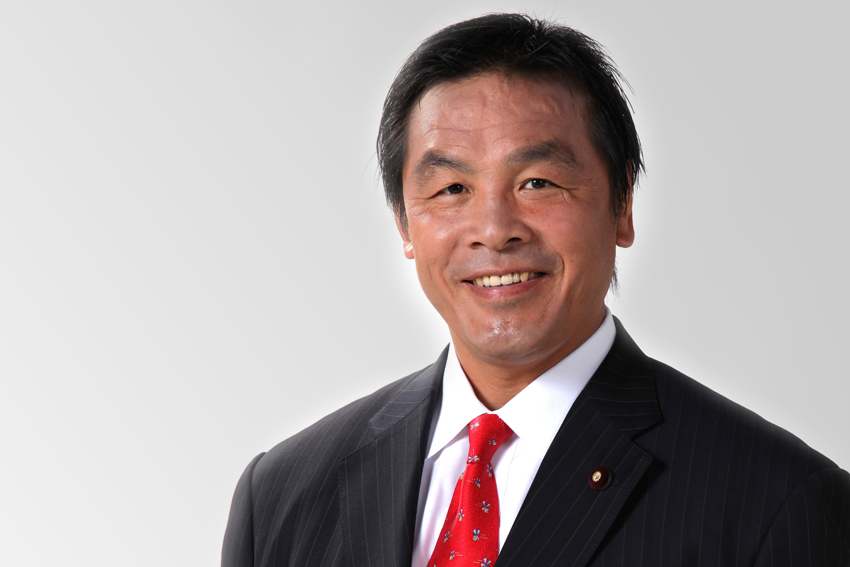 As a former Olympian, what is your vision to make the 2020 Tokyo Olympics a success and build a legacy?

Our nation was mercilessly devastated by the 2011 Great East Japan Earthquake, both economically and mentally; since the disaster, however, the Japanese people have shown a tremendous amount of resilience in confronting challenges ranging from reconstruction of demolished cities, to resolving the nuclear crisis. I believe our Prime Minister also emphasized our commitment towards overcoming national challenges at the International Olympic Committee (IOC) presentation before being selected as the host city for the 2020 summer Olympic games. Although we are still in the midst of recovery, we have already made astounding achievement through national unity, cooperation and publicizing of information – the world must see how far we have come. The 2020 Tokyo summer Olympic games will be an event that will showcase Japan’s recovery since the 2011 Great East Japan Earthquake.

I would also like to emphasize the topic of innovation. During the 1964 Tokyo Olympics, Japan boasted a variety of world leading innovative products to the world, such as the Shinkansen bullet train and color television. Similarly, I believe 2020 needs a new set of innovation too. First and foremost, we must address the issue of energy saving by utilizing high-end devices for information and communication. Also, we cannot ignore the topic of heat when talking about the summer Olympic games. In order to alleviate the issue of heat, we must develop the world’s most advanced construction material and thereby allow Tokyo to host the Olympic games in a comfortable and fashionable way. Terrorism is another topic that we must address. Tens of thousands of visitors are expected, and therefore we must creative, innovative solutions to seamlessly conduct security measures using identification technology.

The Paralympics is also central to innovation. For instance, by developing more comfortable and functional wheelchairs, training equipment, and prosthetic limbs, we would be able to use those as welfare equipment too. This naturally addresses the topic of diversity as well, and we hope to offer innovative solutions that will allow handicapped individuals to be further integrated in our society. My vision is to make the 2020 Tokyo Olympics a large-scale exhibition for all the innovative solutions that we have developed and hope to spread across the world.

Thirdly, even more so than the London summer Olympic games, the 2020 Tokyo Olympic events will be held in heavily urbanized areas; I believe there are plenty of lessons that we can learn from the London Olympics. The sports culture, more specifically the coexistence of sports and metropolitan areas, must be further integrated into our society. This is due to the fact that a matured society signifies an aging population, and thus maintaining the population’s healthy life expectancy is crucial to reduce social healthcare costs. In order to address this challenge, we must further encourage our citizens’ participation in sports and thereby establish a model system that effectively maintains the health of our citizens. It’s also important that we treat sports as an industry. Amateurism was the mainstream of sport in Japan. It’s necessary to make money through the communication and events of sport.

Lastly, I believe Japan’s sports education program, which requires all students to complete three hours of physical education class every week during mandatory education, should be shared with emerging nations. Sports will not only encourage community development, but also enhance self-realization and social participation amongst children and the younger demographic who confront hardship from poverty.

I strongly believe that the foundation of the 2020 Tokyo Olympics legacy will be established on our duty to fulfill the goals I mentioned as a pioneer and pass them on to our next generation.

How are your preparations coming along with regard to the stadium plan?

The original plan for the New National Stadium was retracted in its entirety; we have just started on our subsequent plan. Also, we have had some issues with the Olympic emblem design, and thus have also decided to start from a clean slate. I understand that obstacles consistently exist in all Olympic games, and thus the Prime Minister and I intend to respond to every piece of criticism with sincerity and clarify each issue we face to ensure a reliable and feasible operation of the event.

The very competitive world of international education has now become big business. How do you plan to enhance the internationalization of universities in Japan?

I believe that there needs to be further expansion of not only academic interaction between students and professors, but also promote collaboration in the field of research and development with those universities that rank within the top 100.

Is that the background for the top global university project? That’s another project that falls under the ministry.

Yes indeed. The government has set a goal of 600 trillion yen in annual GDP. In order to achieve this goal, we must enhance the capabilities of each and every individual through further interaction between students, professors and universities. And as a result, we must ensure improved productivity and economic power. Furthermore, I believe promotion of fundamental as well as applied research at both national and private universities is much needed. Through collaborative research across borders, we must continue to enhance our research and development standards in fields where we take the lead in order to ensure that our efforts are put into practical use.

To illustrate with an example, last year we had two Nobel Laureates from Japan: one from the field of fundamental research and one from medicinal research. The year before that, Japanese applied research led to the development of an energy-saving LED technology which eventually led to the Nobel Prize. Furthermore, on December 31st last year, for the first time in history, an element was discovered outside of the Western world and ultimately the naming rights for element number 113 was given to the RIKEN collaboration team in Japan. In addition, we decided on the fifth Science and Technology Basic Plan, which will start FY2016, as a five-year plan. In this plan, we set a goal of governmental R&D investments at 1% of GDP, approximately 26 trillion yen. I am confident that support from higher education and research institutes, paired with collaborative efforts across academia, is absolutely essential in achieving these government plans that are aiming to achieve the economic goal of 600 trillion yen. As a means of ensuring that Japan does not fall behind the international competition, I plan on securing more budgets for research and development from the government.

And on the back of that, how has the ministry been planning on promoting Japan’s education abroad? An increasing amount of foreign students come over here.

Regarding university education, I am expanding the budget spent on government-sponsored studies abroad students and researchers dispatched to top universities around the world.

Can you give me some insight to your profession as a former teacher and professional wrestler? What disciplines have you learned from those professions that put you in a position now to give you strength today to lead such an important and prestigious ministry?

Firstly, I have experience teaching Japanese to high school students in the past. It was my duty to train highly competent students who are able to adjust themselves through communication in today’s competitive market. I have also taught at cram schools, prep schools and universities. Prep schools truly are a support center for those who have the strong will to stay competitive in society. Therefore, I believe it is absolutely necessary to empower the field of education to act as a supporting entity for the development of highly competitive human resources.

Secondly, I was mainly in charge of liberal arts, specifically communication and sovereign education, when I was teaching at university. In order to survive in this society, no matter the field you are in, it is imperative to understand basic concepts. Whether it is public pension funds, medical insurance, long-term care or employment insurance, university students must understand these basic concepts surrounding social insurance systems before entering the workforce.

Further, not just university students but our people must understand that Japan is a law-abiding state that is structured with the constitution as its foundation.

Speaking on the topic of national security, we must be responsible and held accountable for the regional security as stipulated under the Japan-US Security Treaty. At the same time, as a member state of the United Nations, we have a role in contributing to global and regional peace. Given our relationship with the rest of the world it is extremely important for university students to embrace liberal arts education, and understand how each and every individual can demonstrate their abilities in society. In the diplomacy scene, communication theory proved to be very much necessary for me. I believe harmonious diplomatic relations cannot be established without a thorough understanding of bilateral and multilateral communication; the seven years I spent teaching has undoubtedly assisted me on the position I current hold.

Thirdly, as a professional wrestler I have lived, visited and performed in Puerto Rico, Canada, North and South Korea, China, Iraq, Baghdad, Moscow and Georgia. During my stay in each of these countries, I was constantly mesmerized by their local culture, history and lifestyles; this experience led me to think about the role that Japan must fulfill in the globalized society we have today. Also, my performance as a professional wrestler was not limited to just the inside of the ring, but my presence outside of the ring also mattered as a business, so I naturally became very observant of each area I visited and constantly thought about performances that will resonate with my viewers. Otherwise I would not have been able to stay lucrative as a professional athlete. The 20 years that I spent learning about the different social, economic and political backgrounds of various countries are greatly contributing to the obligations and duties I fulfill today.