The best springboard to business in the Gulf

Article - May 14, 2014
The first Middle Eastern country to diversify its economy away from oil serves as an ideal launchpad to regional industry and commerce 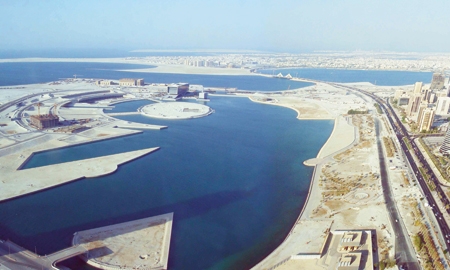 Many people perhaps think of Bahrain as being a predominantly petroleum-focused state, and while it is true that the government derives 87 per cent of its revenue from the oil and gas sector, it accounts for only 20 per cent of the nation’s GDP. The financial sector is close behind, contributing 17 per cent of GDP, and the kingdom has the highest concentration of Islamic financial institutions in the Middle East.

In addition, Bahrain is home to Alba, one of the world’s leading aluminium producers, besides a very large number of other international industrial and service groups, many of which have chosen the country as their regional centres of operations.

There is therefore already good infrastructure in place and skilled people available at all levels for industry and commerce.
The key phrase in Bahrain’s ambitions is “world class”.

The government is investing in pivotal infrastructure, in education and training, and in the creation of a welcoming and transparent legal, fiscal and regulatory framework to ensure that Bahrain can compete with the best in the race to attract foreign direct investment. Bureaucracy has been streamlined, trade agreements signed, laws overhauled and radically simplified, and accountability and regulation made transparent and open – to the benefit of local and foreign businesses alike – so much so that the Economic Freedom Index now recognises Bahrain as the freest economy in the Middle East.
In terms of physical infrastructure, new drivers of growth include the three industrial parks of the Salman Industrial City. Together they provide 1,100 hectares of industrial space and have already attracted almost $4 billion in investment from the US, Europe and Asia, and created 11,000 jobs in 200 companies. These figures are forecast to at least double and the Ministry of Industry and Commerce is already planning to reclaim more land to extend the area of the Industrial City.

Furthermore, a separate feasibility study is also now being undertaken for a completely new Economic City to be built by 2040 that will include industrial, commercial and residential zones, and account for an estimated 20 per cent of the nation’s GDP.
The newly built Sheikh Khalifa bin Salman Port, conveniently close to the Salman Industrial City, has enhanced even further the attraction of Bahrain as a regional logistical hub for the northern Gulf and for Saudi Arabia – the region’s biggest market and linked to Bahrain by a causeway. The Bahrain International Airport is also being extensively expanded to benefit airfreight operations.
With education and youth employment among the strategic objectives of Vision 2030, the government is investing 11-12 per cent of its budget on education. Already, according to Ausamah Abdulla Al Absi, CEO of the Labour Market Regulatory Authority, 79 per cent of those working in the finance sector are Bahraini citizens.
Among the recent investments from the UK is that by Reckitt Benckiser in the Bahrain International Investment Park, which opened its first manufacturing plant in the Middle East in June 2013. Minister of Works Essam bin Abdulla Khalaf emphasises the natural ties between Bahrain and UK, saying: “Because of our historical relationship, the UK knows Bahrain best and we know UK best… We know each other more than others.”
The experiences of local and overseas investors and contractors testify to a very positive experience in Bahrain. The Arabian Sugar Company (ASC) has invested $150 million in a new plant that was designed with European technology to produce the highest quality ‘Icumsa 45’ sugar. Located in the Bahrain Industrial Investment Park, it will serve the whole of the GCC market area. “If you come to invest to Bahrain for the Bahraini market, it is small. Thus you have to invest in Bahrain for the GCC and beyond. Bahrain would be the best place for many reasons,” comments ASC’s CEO, Dr Yves El Mallat.
He says key factors in the decision to invest in Bahrain include its educated labour force, inexpensive energy prices, prime location and tax advantages. He also foresees huge potential for expansion by being based in the kingdom.
“ASC has a designed ramp-up programme,” adds Dr El Mallat. “The first year our installed capacity is 1,800 tonnes per day. This year we aim to reach 80 per cent of this, and by the third quarter of next year we will be able to produce the full amount of 1,800 tonnes per day. Then we are planning to start expansion within two years. There is room: countries in the MENA region import 68 per cent of their needs. I believe that in the next 10 years we can double our production.”
Cebarco, a leading construction and civil engineering group also based in Bahrain, is garnering a first-class reputation in the region through its large number of prestigious projects it has completed over the past decade, which include the Sheikh Isa bin Salman Library and Conference Centre, Citibank’s headquarters, the Durrat Al Bahrain highway and the Bahrain International Circuit – home of the first Formula One racetrack in the Middle East.
The company’s Chairman Khalid A. Rahim believes Vision 2030 could usher in a new era for the construction industry, citing low-cost housing as one example. Cebarco is one of the main contractors on the GCC’s first ever public-private partnership (PPP) created to tackle the housing shortage. The $450-million PPP is being handled by Naseej and involves the development of more than 2,800 social and affordable housing units. It is the largest housing project ever to be developed in Bahrain in partnership with the private sector and Cebarco is proud to be part of another landmark project shaping the kingdom’s future.