From Guinness to Prada, the world’s best-known brands are eager to meet the African middle class’ growing thirst for consumer goods. 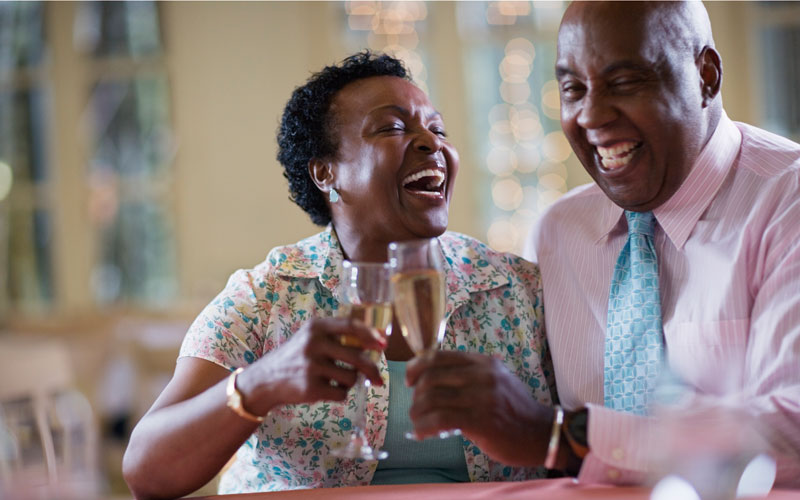 In what country does Guinness achieve its highest sales? Most of us would probably answer “Ireland,” conjuring images of red-haired people merrily downing pints in a dimly-lit pub. The correct answer is Nigeria. And it has been so for the past two years. Like many other countries in sub-Saharan Africa, Nigeria is targeted by big brands as a promising consumers market.

“Today, Africa is big for us and but if you project forward, it’s going to be even more significant. For example Nigeria’s GDP will increase ten times,” says Nick Blazquez, president for Africa and Asia of the beverage giant Diageo, which owns Guinness.

This is just one of the many signs of a phenomenon that thrills brands, investors and media alike: the rise of an African middle class with sufficient spending power to enjoy a range of consumer goods and services, or to raise a glass with friends at the weekend.

With a total population of about one billion, out of which some 200 million are aged between 15 and 24, making it the youngest population in the world, and home to some of the world’s fastest-growing economies, Africa is, according to investor and philanthropist George Soros, “one of the few bright spots on the gloomy global economic horizon”.

Africa´s economy is set to jump from $2 trillion to $29 trillion by 2050, according to Charles Robertson, chief economist at Renaissance Capital and co-author of the 2012 book The Fastest Billion: the Story behind Africa’s Economic Revolution. Meanwhile, the McKinsey Global Institute estimates that consumer spending will rise from $860bn in 2008 to $1.4 trillion in 2020.

The African Development Bank (AfDB) calculates that some 313 million people, 34% of Africa’s population, can be considered as middle class. Based on its assessment of the cost of living in the continent, it classifies as middle-class people who spend the equivalent of two to 20 dollars a day. However, it acknowledges that many Africans living on two to four dollars a day could easily slip back into poverty. But even when not including this fragile population, the AfDB estimates that there is a “stable” middle class of 123 million, 13% of the population. By 2060, adds the bank, the number of middle-class Africans will grow to 1.1 billion (42% of the predicted population).

Another factor contributes to the rise of a new class of relatively well-off, trendy, young consumers, and that is the urban boom. Forty percent of Africa’s population (just under 420 million) now live in cities. In the 80s, the percentage was only 28%.

The International Monetary Fund (IMF) says that between 2011 and 2015, African countries will account for seven of the world’s 10 fastest-growing economies. In its 2013 survey, the IMF puts in first position the newest country on the planet, South Sudan (which obtained independence in 2011), with a 35% GDP growth. In second place comes Libya with 20% GDP growth, followed by Sierra Leone with 17%. Two other African countries make it to number nine and 10: Gambia (+ 8.9%) and Mozambique (+ 8.4%).

But growth rates don’t tell the whole story. Obviously, countries that start from very low and are doing well are bound to register eye-popping rates. Others that already have relatively strong economies but have reached slower growth rates do not appear in that list, such as South Africa, Nigeria, Ghana, and Tanzania.

In any case, there are people behind those dry numbers. And they are consuming mobile telephony and internet, banking services, domestic appliances, fashion, travel.... A word has been coined to describe them: the Afropolitans. Wole Obayomi, head of consumer and industrial line of business for KPMG in Nigeria, explains that, “The Afropolitan consumers want to stay on top of market leading trends and are fashionable and brand conscious. However, they also want value for money and will look for the best deals.”

Nigeria is another striking example. According to a survey by Renaissance Capital, nearly half of Nigeria’s middle class – defined in this study as having an average monthly income of $500 to $600 – is planning to buy fridges, freezers and other white-line goods.

Another sign of the rise of the African middle class can be found in the success of mobile telephony. More than half of the populations of Ghana and Kenya own a mobile phone, as do 71% of adults in Nigeria and 62% in Botswana. Internet and mobile telephony are changing people’s everyday lives and the way in which companies do business. The majority of Africans discover internet through their mobile phone rather than with a computer and they use it to bank, farm and trade.

When they’re not busy texting, Afropolitans stroll down to the mall, or more likely, do both at the Wi-Fi cafe. While shopping malls are losing ground in the US, they are increasingly part of urban life in Africa. Before being attacked by terrorists last year, Nairobi’s Westgate was the cool place to shop and meet friends in the Kenyan capital. Johannesburg’s Sandton City Mall, Ghana’s Accra Mall, Lagos’ Palms, to name a few, illustrate what the American magazine The New Republic recently called “Africa’s obsession with shopping malls”.

The magazine’s South Africa-based journalist described how malls attract crowds in Africa because they are rare, open spaces where things function and where the great divide between the rich and the poor – who are still the overwhelming majority – is not embodied by a high, barbed-wired fence. In Africa, writes Eve Fairbanks, “The malls function as parallel cities. Inside the mall, you never have to glimpse a failure of the government. You can imagine yourself, if briefly, in a perfectly-run country.”

It is this boom in retail development that led American distribution giant Wal-Mart to acquire South Africa’s Massmart Holdings in 2011, with plans to use it as base for its development throughout the continent. It has also spurred beauty and luxury brands to set foot there. They are eager to target the very rich, the winners of Africa’s new oil, gas and minerals rush, but also the growing middle class. For example, Prada and Cartier have opened stores in Nigeria and in Angola. And the Estée Lauder group is developing in Nigeria, Botswana, Zambia and Côte d’Ivoire, while eyeing property opportunities in Mozambique, Angola, Ghana, Kenya and Tanzania.

All of this is, of course, very good news for both Africa and international investors. But it remains to be seen whether this bonanza will translate into real development for all, with access to food, health, education, and other basics such as electricity and transport.

According to the African Development Bank, there are indeed reasons for hope. It says that by 2060, Africans living below the poverty line will be a minority of “only” 33%. Moreover, it says that this trend is “unstoppable”.