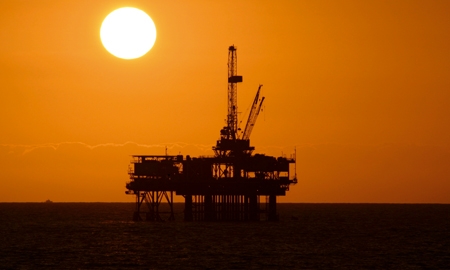 As with other developing countries, Tanzania is faced with fundamental energy challenges, all of which can have a major impact on economic growth. The lack of a reliable electricity supply is considered to be one of the main obstacles to the country’s development, and low investment in infrastructure and maintenance has created a power deficit of more than 200 megawatts.

Energy consumption in Tanzania is dominated by biomass (charcoal and trees) which accounts for 90 per cent of usage. Petrol accounts for 8 per cent, with electricity responsible for a mere 1.2 per cent. Other energy sources such as solar and wind account for less than 1 per cent.

The wholly government-owned Tanzania Electric Supply Company (Tanesco) is responsible for electricity generation, transmission and distribution. Despite the liberalisation provided by the Electricity Act 2008, the participation of the private sector is low.

Electricity reaches only 15 per cent of the population; the majority of consumers live in urban areas, and are concentrated in Dar es Salaam, while those in rural areas have, at best, very limited access to power. In order to bring electricity to the whole country, huge investments are required – hence the need for international and local investors.

In President  Kikwete’s new Five Year Development Plan, power generation is the number one priority, and the goal is to reach 3,000MW, and connect 30 per cent of the population by 2015. The government is developing a safe and conducive environment to attract increased investment into the sector, by informing international investors about current policy frameworks, and government incentives to boost private sector participation in the country’s energy business.Tanesco’s managing director, William G. Mhando, explains further: “In the short term, our immediate priority was our agreement with Symbion Power (owner of a 120MW power plant) for the generation of 112MW, which is now operational, and they will be working with us for two years. Also, we have entered into a contract with Aggreko, a company dealing with diesel plants rental, which you can hire for a certain period – and they are bringing in 100MW also this year.

“We also have 70MW in Tanga which we are negotiating with Semco, a Norwegian company, and with this we can fill the current gap.

“In the medium term we have a few other projects. A 300MW gas fired plant in Mtwara at Mnazi Bay, which we hope will be operational by December 2013. We also have another 240MW at Kinyerezi plant, which is financed by the Japanese company Sumitomo and will be completed by 2014.

“In terms of renewable energy sources, we are also planning to introduce solar power plants. Several people have consulted us about solar IPPs and we are currently in negotiations.”

The discovery of offshore gas deposits in the 1970s marked a new era for Tanzania’s energy sector. In 2004 Sonagas launched the country’s first gas-fuelled electricity plant. Following major recent gas discoveries in the Southern region of Mtwara, Tanzania's natural gas reserves have risen to more than 10 trillion cubic feet (tcf) from a previous estimate of 7.5 tcf. Three offshore gas fields have been discovered in the deep waters which brings the total number of offshore gas fields in Tanzania to seven.

Furthermore, Tanzania also has positive indications of hydrocarbon potential, and giants such as BP, Petrobras, ExxonMobil, and Statoil have already invested heavily in exploration off the coast of Tanzania. It may be just a matter of time before Tanzania strikes oil.