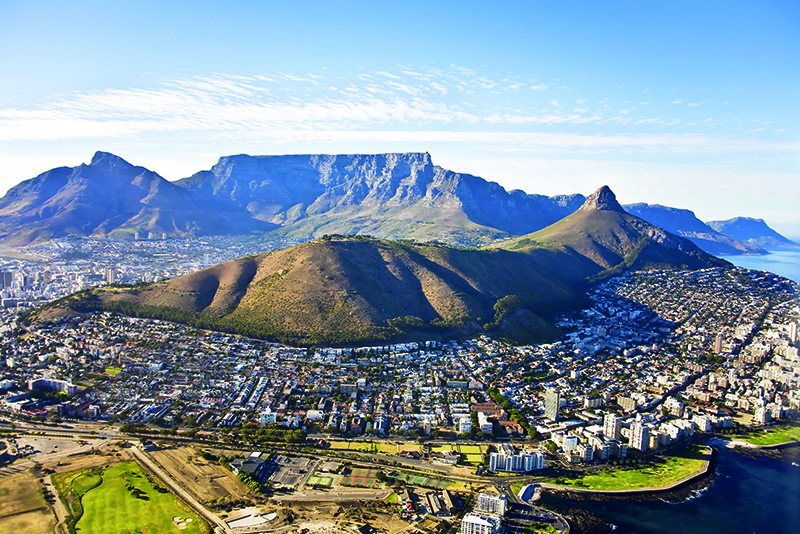 Lying at the southernmost tip of Africa is the South African province of Western Cape. Mountains, farmland, desert-like terrain, golden beaches, and UNESCO World Heritage sites all make up the eclectic patchwork of this beautiful region. A gateway to Africa for investors, Western Cape is also an economically dynamic, investment-focused region.

The third-largest economy in South Africa, the province of Western Cape contributes almost 14% to the national economy. Cape Town, the capital and largest city, is also the country’s second-wealthiest city and the economic hub of the region. Higher than the South African average, growth for the Western Cape is predicted to be 2.1% this year, increasing to 2.8% by 2018.

The province of the Western Cape and the city of Cape Town have successfully fostered an environment that is conducive to both investment and growth. Both the Integrated Development Plan (IDP) and the Provincial Strategic Plan (PSP) are closely tied to the priorities of the National Development Policy (NDP), and both focus on creating economic growth through infrastructural investment.

As Helen Zille, Premier of Western Cape province, notes, “We are basing ourselves on the same broad diagnostic of poverty and unemployment being the major problems. And we are looking at ways to intervene to deal with that by addressing all of the things that are required to grow the economy, to improve education, to align skills with the demands of the economy, and future demands of the economy, etc.”

Cape Town has allocated R6.5 billion ($535 million) for infrastructure investment this year, while at the provincial level, Western Cape has earmarked a further R17.3 billion for infrastructural public works. It is a planning approach that is helping to bring about real results. “Things are happening here because we as a government create a conducive climate for investment to grow,” says Cape Town Mayor Patricia de Lille.

The government of Western Cape fully embraces private-sector investment and involvement as central to economic growth. “The bottom line is that without foreign investment we are not going to experience the growth that we need,” Mrs. Zille explains. “Therefore we are very committed to that and we do everything we can to remove red tape and obstacles for foreign investors.”

Barriers such as excessive bureaucracy, corruption, and poor service delivery have all been tackled. The provincial government’s ‘See Grow/In Grow’ program has transformed service delivery in the region. Legislation has restricted the opportunities for corruption and the removal of red tape has remained a top priority. As Mayor de Lille notes, “We have cut a lot of red tape out of the system. I have repealed and updated over 200 laws, legislation and bylaws.”

Moreover, leaders at both levels have embraced a partnership approach to working with business. “You can’t do this without partners. It doesn’t matter where we operate as a government, it is how you build those partnerships that matters,” says Alan Wilde, Minister for Economic Development.

Communication and coordination are also essential to this approach, as Nils Flaatten, CEO of Wesgro, explains. “We must play to our corporate citizenry right,” he says. “We have driven ‘KYC’ (Know Your Clients). We are connected with them at a high level, and we know what kind of space they are in. Therefore, when we meet international businesses we can make suggestions.”

Offering lots of investment opportunity, Western Cape boasts a number of large growth sectors, as well as key development projects. Over the next five years, all major sectors are expected to expand – with construction predicted to grow the most, at 4.1%, and the mining industry the least, at 1.4%.

The service industries remain the main drivers behind the Cape Town economy, and also constitute over 70% of regional GDP. Cape Town is the second-largest finance center in the country, home to insurance services, investment groups, and outsourcing companies. Both finance-related services and retail/wholesale services are expected to continue to grow, at 3.5% and 3.1%, respectively. Other priority growth sectors include the oil and gas sector, agri-processing, tourism, and the green economy.

Investment in a number of key development projects has also strengthened the economy of Western Cape, with completed ones including the Cape Town International Convention Center and the Bus Rapid Transit system. There are also presently a number of proposed or ongoing key infrastructure development projects focused on stimulating regional economic growth. They include the Saldanha Industrial Development Zone, Cape Health Technology Park, the expansion of Cape Town International Convention Center, and the Port of Cape Town Precinct and Design Initiative.