By cultivating its natural advantages, Lombok, West Nusa Tenggara’s main island, is rapidly developing its economy and emerging as a regional hub. 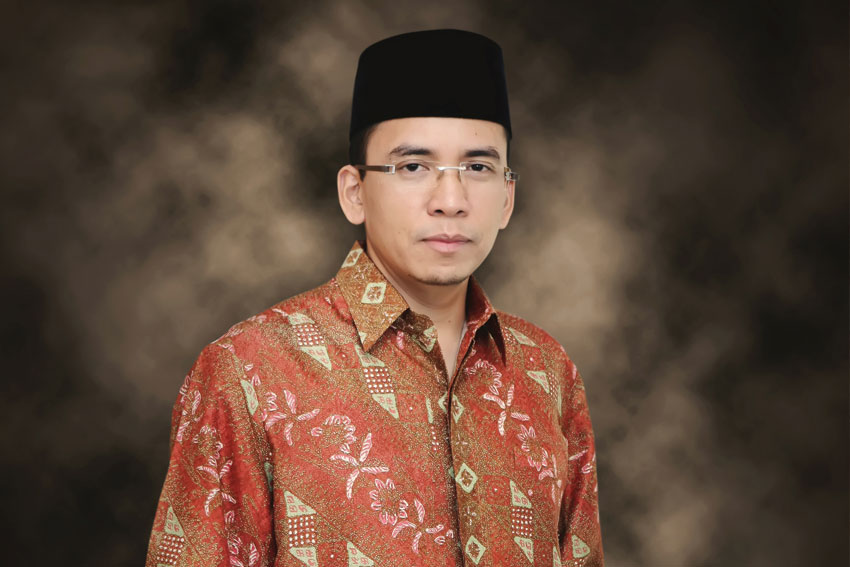 One part of Indonesia has emerged in recent years as a growing tourism hub, with a progressive SME development policy and potential to develop a major green field maritime hub.

This is West Nusa Tenggara, locally known as NTB, a collection of heavily forested islands making up a prosperous and increasingly internationally branded province of Eastern Indonesia. The province begins directly to the east of Bali – the country’s tourism mecca. This collection of islands is best known for Sumbawa and Lombok, with the latter having emerged in recent years as an increasingly popular tourism destination.

For many, Lombok has become “The Unspoiled Bali” and is known as a tranquil alternative to its often hectic and crowded neighbor. The Gili Islands in particular, off the coast of Lombok, have become major drawcards for visitors seeking a relaxing, eco-tourism experience on its pristine, car-free shores.

“In 2008, NTB received 480,000 tourists, and then by 2013, we reached 1 million tourist arrivals. In the year of 2016, we have already achieved 2 million tourists. As we can see, the growth accelerates very quickly under the right conditions”

The majority of the population of NTB is made of the Sasak ethnic group. They are related to the Balinese people, with religion the main distinguishing feature between the two peoples. The famous Gandrung dance – a fertility ritual undertaken by young women in golden eye masks (a well-known symbol of Bali) is also a Sasak tradition. The Gendang beleq marching drum dance is also a Sasak musical tradition. Here groups carrying enormous drums play in the streets wearing colorful costumes and public performances are a common site.

Dotting the green, forested landscape of Lombok are the charming, pile-built, bonnet shaped rice barns known as lumbung. These distinctive and quaint structures give villages a cozy, fairytale look.

Mataram on the west-coast of Lombok is the provincial capital. This historical sea port is known for its religious harmony with a plethora of Catholic churches, Hindu and Confucian temples and mosques existing side by side. The island’s Senggigi Beach tourism center is just a short distance from the city. White sand shores, crystal clear seas, fresh-water waterfalls and a spectacular view of Mount Rinjani have made this a gateway attraction for visitors.

It is in fact tourism that has driven Lombok forward in recent years.

Lombok’s highlands are verdant and lush, with the Gunung Rinjani National Park offering hiking paths for tourists interested in fresh mountain air and stunning views. The area is dominated by an enormous crater lake, with a surface area of 6.8 square miles that is one of the most popular hiker destinations. This lake, Segara Anak Toba, offers breath-taking views of nature and fresh water heated by volcanic activity beneath the surface.

The previously mentioned Gili Islands have become one of Lombok’s most popular tourism destinations. The three ‘Gilis’ (Gili Trawangan, Gili Meno and Gili Air) are tranquil destinations that offer nature-based, remote island experiences. Cars are not allowed on these islands so locals rely on bicycles and horses as the main forms of transport. The diving areas and beaches there are renowned throughout Indonesia and continue to draw more international and domestic holiday-makers.

The numbers speak for themselves, as the province’s youthful governor, Muhammad Zainul Majdi, explains, “In 2008, NTB received 480,000 tourists, and then by 2013, we reached 1 million tourist arrivals. In the year of 2016, we have already achieved 2 million tourists. As we can see, the growth accelerates very quickly under the right conditions.”

Perhaps due to the success of Lombok’s domestic efforts, the island has been incorporated into the national tourism development strategy (see page 7). Priority zones are being developed to demonstrate that the country of 17,000 islands has more than Bali to offer foreign visitors.

“We have a very good location for a potential port in Lombok called ‘Kayangan’. We have already started talking with the people there, so I believe the needs of land acquisition could be fulfilled. We will be preparing the regulations that will accommodate this plan now, and we are communicating with the central government to make the territory a Special Economic Zone (SEZ). This aims to give incentives for investors who plan to build and develop the Kayangan area”

To this end a special economic zone has been established on the idyllic virgin island of Mandalika. With incentives to invest and tax breaks, it is expected that the island will quickly transform into a popular area for travelers as facilities are put in place.

“Our Mandalika Special Economic Zone is one of the 10 main destinations for tourism development beyond Bali. Our geostrategic position in terms of sailing makes it possible to be developed as a global hub, especially in the northern area of Lombok”, says Governor Majdi.

In addition to increasing tourist numbers from traditional markets, Indonesia has also initiated a strategy particularly targeting the global halal tourism boom. Also known as ‘family-friendly’ tourism, halal tourism is aimed at creating conditions conducive to attracting visitors from the moderate Muslim communities. This entails upscaling the destination’s attractiveness by ensuring the availability of halal food, places of worship and accommodation catered to the needs of this group.

The primary source of these visitors include residents of affluent areas including Gulf Cooperation Council (GCC) states. Services demand also exists from non-Muslim majority countries that have fast growing Muslim communities.  These include the European Union, U.S., Canada, China and India.

Studies show that halal tourists usually travel with more family members, stay for longer periods and ultimately spend more money than other tourist groups. As a result, tourism branding campaigns for Lombok are adapting their approach and services to better suit this tourist niche.

Lombok’s historical links to Arab seafarers has given it a competitive advantage in this area. Many centuries ago, Yemeni traders established a community in the port of Ampenan, a coastal district of Mataram. This quarter still boasts architecture as well as historical and cultural heritage from this Yemeni period.

Underpinning the growth of areas of economic growth such as tourism are progressive local policies aimed at encouraging youth involvement in business.

These policies are starting to bear fruits eight years on, according to Governor Majdi. “In 2008 we introduced our program called ‘100,000 Wirausaha Baru’ (100,000 New Entrepreneurs). The backbone of this program is our youth and we aim to empower the young generations of NTB through its implementation. I believe that NTB’s economic structure can be strengthened not only in the agriculture sector, but also in the entrepreneurial sector. Through this strengthening we can create sustainable growth through micro and small-medium enterprises”.

On top of grassroots economic empowerment, Lombok is set to play a bigger role in the nation’s sea-based connectivity. Through developing port locations along the Lombok Strait it is possible to drastically cut down shipping costs and improve the movement of merchant marine vessels.

These favorable conditions have created investment opportunities for business people interested in cashing in on Indonesia’s ever growing sea transport and logistics sector. Once such site exists in the island’s north. Plans are afoot to provide a number of fiscal advantages for investors and business partners in developing this potentially lucrative maritime hub.

As Governor Majdi explains, “We have a very good location for a potential port in Lombok called ‘Kayangan’. We have already started talking with the people there, so I believe the needs of land acquisition could be fulfilled. We will be preparing the regulations that will accommodate this plan now, and we are communicating with the central government to make the territory a Special Economic Zone (SEZ). This aims to give incentives for investors who plan to build and develop the Kayangan area”.

Time will tell how NTB progresses in its goal to develop tourism, promote SME growth and become a key sub-regional maritime logistics hub. However the signs are positive and if recent achievements are anything to go by, this island may well be the next big investment destination for Eastern Indonesia.