From highlighting its natural beauty and welcoming culture to its rich soils and huge untapped business potential, Sierra Leone is encouraging tourists and investors to come and discover West Africa’s peaceful and stable ‘hidden paradise’. 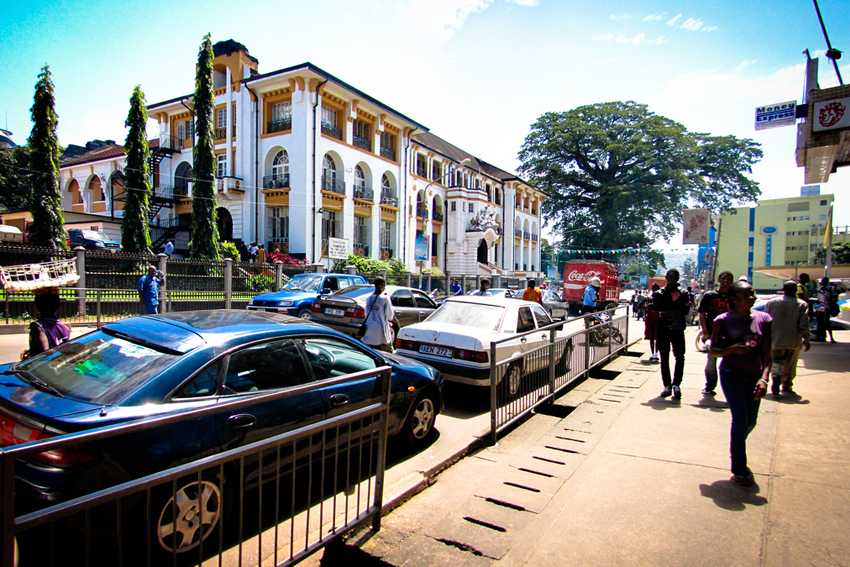 Sierra Leone stands out as an internationally lauded bastion of religious tolerance in a region where countries such as Nigeria, Mali and the Central African Republic have fallen prey to religious tensions and conflict marring their development. The West African nation takes its religious tolerance seriously and relations between the faithful of the two major religions, Islam and Christianity, as well as people with other indigenous beliefs, are not only respectful, but sometimes believers follow more than one faith. It is not unheard of to find a Sierra Leonean who identifies as Muslim, but also believes in Christianity, and known locally as a “ChrisMus”.

“Our country is one with the highest religious tolerance in the world,” Sidi Yahya Tunis, Minister of Tourism & Cultural Affairs, told The Worldfolio in a recent interview. “We have a strong inter-religious council where our Muslim and Christian leaders engage in regularly. Every function we go to, we offer Muslim and Christian prayers, especially during state functions. In this country, you see Muslims and Christians living side-by-side, celebrating inter-religious marriages. You have different tribes celebrating marriages between them without conflict too.

Such tolerance has been lauded by international groups and is a credit to the character of Sierra Leone’s youthful and fast growing population of more than 6 million people, who have a median age of 19 and about 60% of whom are under 25 years of age. The population is also a highly multilingual one, with 25 languages spoken. The country gained independence from the UK in 1961 and maintains English as its official language. However, the most widely spoken is Krio—an English-based Creole, spoken by the descendants of freed Jamaican slaves who settled in the Freetown area, a lingua franca, and a first language for 10% of the population but understood by 95%. Other languages include Mende (spoken by 29.5% of the population in the south), Temne (spoken by 24.7% of people in the north), Kono, Kissi, Kuranko, Limba, Fula (Pular) and Susu.

Richly diverse Sierra Leone is proudly a peaceful and stable nation that has already had three democratic and transparent elections since the end of the civil war (1991-2002), including the transition of power between the two major political parties.

Leader of the All People’s Congress (APC) party Ernest Bai Koroma won a second and final term as the country’s president in November 2012, having previously replaced Ahmad Tejan Kabbah of the currently in opposition Sierra Leone People's Party (SLPP) in 2007.

Since coming into office, Mr Koroma has pursued free-market policies and actively encouraged foreign investment to rebuild the country scarred by the war, and more recently by the outbreak of the Ebola virus in 2014. On March 17, 2016, the World Health Organization (WHO) declared Sierra Leone Ebola free and gave the government a new impetus to attract investment and diversify the economy to get its development back on track.

“Our government is focused on developing the country, improving the existing infrastructure, building new infrastructure, and creating the required enabling environment for the private sector to grow and create more opportunities for our citizens so as to move towards becoming a middle-income country,” comments Tourism & Cultural Affairs Minister Sidi Yahya Tunis.

In 2007, when the Koroma government came to power, Sierra Leone had just 5MW of functioning electricity generation capacity. Today, the sector produces 100MW, with 50% of the national energy mix coming from hydroelectric power.

The Public Private Partnership Unit, launched in November 2015, offers information on opportunities for private sector players looking to get involved in infrastructure projects and other large-scale ventures. In agriculture, for example, the country has more than 5.4 million hectares of arable land, but only 25% of it is under cultivation.

Below ground, as well as being a major iron ore producer, Sierra Leone has the world’s largest reserves deposits of rutile and sizeable deposits of bauxite. Plus in 2014, it exported more than 600,000 carats of diamonds and over 330kg of gold.

Mobile telecoms is one of the sectors where four private-sector companies have already made inroads, competing with state-owned Sierratel. And the nationwide terrestrial fiber-optic network is scheduled for completion in 2017 to provide faster and cheaper connectivity for the population.

The capital city of Freetown is a three-hour flight from Lagos, Africa’s biggest city, six hours from Europe and eight from the US East Coast. Its harbor forms part of the estuary of the Sierra Leone River and is one of the world's largest natural deepwater harbors.

The first English newspaper in West Africa and the second on the whole continent (the first being published in Cape Town in 1800), The Royal Gazette and Sierra Leone Advertiser was published in Freetown in 1801, and the city is home to the oldest public university in sub-Saharan Africa, Fourah Bay College, founded in 1827.

The job the government now has is to get the word out internationally about the country’s potential for visitors and investors alike, and not hide the light of West Africa’s ‘hidden paradise’ under a bushel.