Use of Arabic cultural arts bring greater peace and understanding

The UNESCO ‘Artist for Peace’ and ‘Arab Culture Prize’ winner Ali Mahdi has demonstrated that theatre has an invaluable role to play
in promoting dialogue and supporting peacekeeping processes, as well as showing the world the value of Arabic cultural arts. 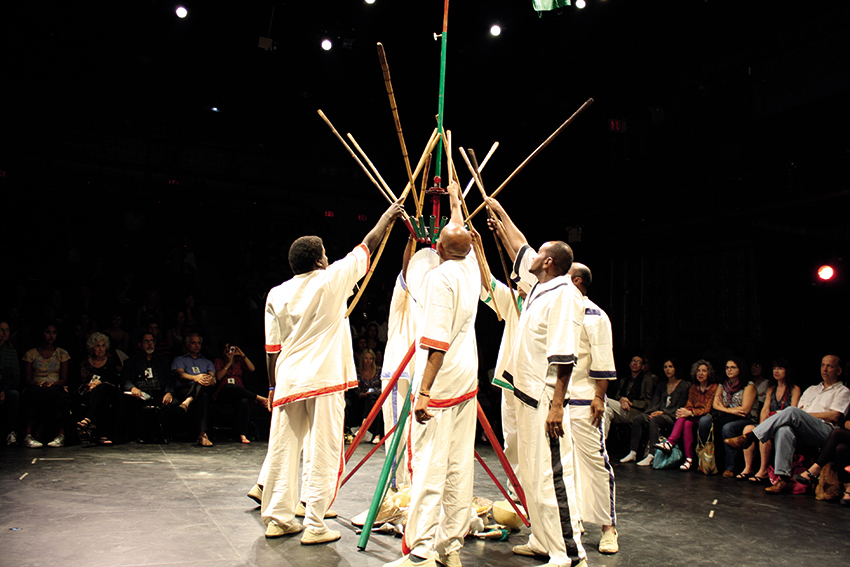 THE INTERNATIONAL THEATRE INSTITUTE IS THE WORLD’S LARGEST PERFORMING ARTS ORGANIZATION FOUNDED IN 1948 BY THEATRE AND DANCE EXPERTS.
SHARE

In an area of the world that has been deeply affected by conflict, the Sudanese actor and theatre director Ali Mahdi has not only managed to bring happiness, but also hope and inspiration through the mediums of drama, dance and music.

Indeed through his work as Director of the SOS Children’s Villages Sudan project, Mr. Mahdi has proved that theatre can be a tool for conflict resolution and a place for rebuilding and renewal.

Over the last decade, Mr. Mahdi’s project has toured the conflict affected areas of Sudan, showing that exposure to theatre, as well as to culture in general, is a powerful ally in reconstructing the dreams and restoring the confidence of children affected by tragic situations.

Thanks to this inspiring work, in October 2012 Mr. Mahdi was officially designated the UNESCO Artist For Peace for a two-year period during an official ceremony held in Paris, following in the footsteps of world-famous stars such as Canadian singer Celine Dion, who was a previous recipient of the award.

“The UNESCO Artist for Peace award gave me the opportunity to help not only in Sudan, not only in Africa, but to help internationally,” says Mr Mahdi.

On receiving the award in 2012, Mr Mahdi added: “It is a worldwide recognition of the work of arts, of my work with theatre as a peace building worker for the benefits of children and communities.

I want it to bring greater focus on the needs of children in Sudan. I will use my new role of UNESCO Artist for Peace to encourage the rich Arab countries in supporting more work with children and the work of SOS Children’s Villages in the Middle East and Africa.”

Mr. Mahdi, the star of various Arabic television, radio, theatre and movie productions in his 30 year career as an actor, started his profession after graduating from the University of Sudan by working at National Theatre in Sudan.

He then set up his own theatre company – The Mahdi Arts Centre – in the late 1980s, which ever since then has been producing independent productions.

“The Mahdi Art Centre is a civil community institution,” explains Mr. Mahdi. “The name of my theatre group is El Booga, which in the Mahdi language also means ‘Holy Place’. For the last 14 years we have been hosting a festival here in Sudan; The Booga International Theatre Festival. The Mahdi Arts Centre acts as a zone between the Sudanese culture and other cultures. We invite many artists from Europe, from America and different places, including the Arab world, to lead workshops. For example, we have international performers and members of the jury and media from the Emirates and Saudi Arabia.”

It is down to such positive work in his home country of Sudan that has seen Mr.Mahdi and his theatre gain even wider international recognition.

While Mr. Mahdi has participated in different performances across Europe, including the first Arab Institute in Paris, the idea of using theatre as a peace building device has also seen Mr. Mahdi and his theatre group appear in La Mama Theatre in off-Broadway, New York.

“In New York there was a big international symposium on the role of theatre in peace. And my performance was considered a good example of this idea,” says Mr. Mahdi.

It was such performances that first brought Ali Mahdi to the attention of UNESCO.

Back in 2010, two years before he received the ‘Artist for Peace’ award, the actor also honored with the UNESCO Freedom to Create main prize  as well becoming the UNESCO Arab Culture Prize winner for bringing drama performances to the front line and for the promotion of dialogue between Arabic culture and the cultures of the world.

Also thanks to his work in Sudan and across the Arab world, Ali Mahdi has since become the International Theatre Institute’s Vice President, helping to bring Arabic theatre even greater global exposure.

The International Theatre Institute (ITI) is the world’s largest performing arts organization founded in 1948 by theatre and dance experts, as well as UNESCO, and strives for a society in which performing arts and their artists thrive and flourish.

ITI advances UNESCO’s goals of mutual understanding and peace and advocates for the protection and promotion of cultural expressions, regardless of age, gender, creed or ethnicity.