U.S.-Bangladesh relationship evolves from one of aid to that of strategic partnership

America’s partnership with Bangladesh is broader, deeper, and stronger than ever 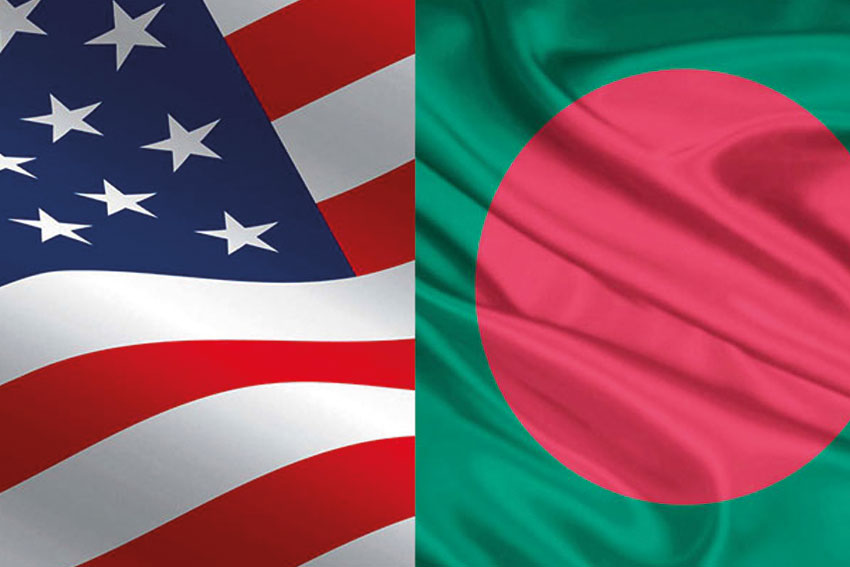 U.S.-BANGLADESH RELATIONSHIP EVOLVES FROM ONE OF AID TO THAT OF STRATEGIC PARTNERSHIP
SHARE

Bangladesh and the United States continue their deep and sustained diplomatic engagement. The mutual respect and close friendship was characterized by President Barack Obama in 2010: “The people of Bangladesh earned their independence, and since then, our two nations have shared a commitment to democratic values and created an enduring friendship.”

Indeed, when the Awami League Government led by Prime Minister Sheikh Hasina assumed office in 2009, Congressman Joe Crowley spearheaded passage of a resolution expressing the U.S. House of Representative’s support for Bangladesh’s democracy. “The Bangladeshi people have shown remarkable resilience, creativity, and principle. This is exactly the kind of country the United States should work with,” said Mr. Crowley during the passage of the bill in the House in 2010.

The same sentiment was echoed by former U.S. Secretary of State Hillary Clinton during her visit to Bangladesh in May 2012: “There is a tremendously positive path for this country – the changes, the economic growth – all of these are very encouraging. I am betting on Bangladesh. The United States wants to be your partner”.

Indeed, relations between the two countries have reached new heights during the past few years. Today, the U.S. is Bangladesh’s largest export destination, a major source of FDI, the second largest source of remittances, and an important development partner.

Despite some challenges, including the suspension and non-renewal of GSP benefits, the business and economic partnership has remained sustainable and grown at a remarkable pace. The signing of the Trade and Investment Cooperation Forum Agreement (TICFA) in November, 2013, ushered in a new era of economic cooperation between the two countries. The U.S. State Department praises Bangladesh for the “significant progress” it has made “toward a more prosperous and pluralistic society since its independence in 1971”. It has also pointed out that Bangladesh’s economy has shown a tremendous resilience to sustain an annual GDP growth rate of more than 6% in recent times.

Another sign of the strength of the relationship between the two countries is the annual dialogue meetings that have been conducted by Dhaka and Washington since 2012. The agreement setting up the talks, which was signed by then Bangladesh Foreign Minister Dipu Moni and her U.S. counterpart, Secretary of State Hillary Clinton, states the existence of “the strong bonds of friendship and shared values that exist between our two countries” and the desire to “deepen our partnership in addressing bilateral, regional and global issues to the mutual benefit of both Bangladesh and the United States.” The agreement further affirms that, “We believe that a strong partnership between Bangladesh and the United States, working together to further mutual peace, security, and development, is in the interests of the people of Bangladesh, the United States and the world.”

The fourth Bangladesh-U. S. Partnership Dialogue was held in Dhaka in April this year. It covered topics ranging from democracy and governance, trade and investment, security cooperation, sustainable development, counter-terrorism, migration, and climate change. The latter, although a global issue, is one which Bangladesh with its low elevation and high frequency of floods and storms, is particularly vulnerable to.

Another encouraging development is that President Barack Obama invited Prime Minister Sheikh Hasina to co-host the 2015 Summit on UN Peace-Keeping on the sidelines of the upcoming UN General Assembly. Further high-level engagements between the two countries to encourage coordination and cooperation on combating terrorism and extremism would do much to mitigate the problem in South Asia. Furthermore this would also help to ensure peace and stability across the globe and would certainly pave the way for a stronger partnership surrounding these core interests of both the countries.
For all of these reasons, it is evident that Bangladesh is the partner of choice of the U.S. in South Asia. Its progressive government has proven that it is open to collaboration for the benefit of both the American and Bangladeshi people, for the stabilization of South Asia and for international peace-building.