The country is a barely discovered gem of hospitality, dramatic landscapes, and ancient culture and history 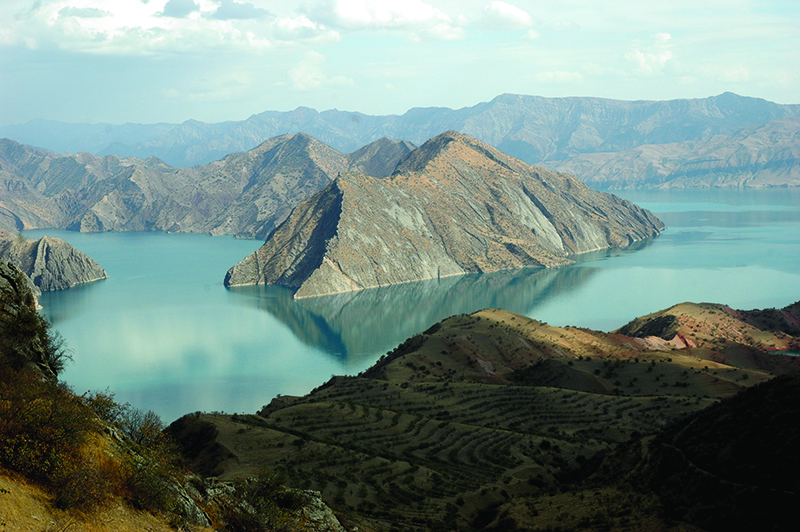 An ancient, fast growing and welcoming country, Tajikistan combines stunning nature with a fascinating culture. From luxury accommodation in the capital to charming villages, historical cities, mountain lakes, and even glaciers, it offers a unique experience for the discerning tourist.

One aspect that continues to intrigue visitors is Tajikistan’s ancient culture and traditions. This year, March 21 is the first day of Navruz, a pre-Islamic celebration thought to be more than 3,000 years old and an important national holiday in modern Tajikistan. The name itself translates as “New Day”, marking the start of the ancient Persian New Year, which is also the first day of spring. The Navruz tradition is widely celebrated by people living in South Asia, Central Asia, and the Middle East. Numerous festivals are held to honor the occasion, which have a strong emphasis on nature, renewal and prosperity for the coming year.

Navruz is just one cultural aspect of Tajikistan that points to its ancient and rich civilization. Historical records place it as part of the First Persian Empire during the fourth century BC, with it later becoming part of the territory conquered by Alexander the Great. Tajikistan became part of the Silk Road and remained within subsequent Persian-speaking empires, including that founded by Ismoil Somoni, its national hero. It was later annexed by the Russian Empire in the 1870s. The country’s time under the Soviet Union saw it heavily influenced by Russia’s cultural traditions, as well as undergoing a period of intense modernization and education.

Tajikistan is the only Persian-speaking republic among the former Soviet states of Central Asia. It traces its literary tradition to writers such as Rudaki, seen as the founder of Persian classical literature, and Ferdowsi, author of the epic poem The Shahnameh (The Book of Kings). Other figures that are part of the cultural and linguistic heritage include Omar Khayyam, known for writing the Rubaiyat, as well as the philosopher and scientist Ibn Sina, whose work strongly influenced the development of medicine. Mir Sayyid Ali Hamadani, the Sufi scholar, traveler and poet, is buried in the Khatlon Region of Tajikistan and appears on the 10 Somoni note.

The works of such thinkers are strongly promoted in modern Tajikistan, despite their vastly different philosophies on morality, religion and humanity. It is indicative of the rich diversity that makes up the country. Although the Tajik dialect of Persian is the national language, it is just one of dozens spoken across an ethnically diverse country. These include Russian, Uzbek and Kyrgyz, as well as an array of Pamiri languages in the country’s mountainous east.

A number of unique, World Heritage sites are located in Tajikistan as a result of its rich history. These include ancient cities, ruins and fortresses, Silk Road sites, and even a medieval Buddhist monastery complex unearthed some 60 miles from the capital, Dushanbe.

This city is itself modern, prosperous and green, with less than 1 million inhabitants. It was established as the capital of Tajik Socialist Soviet Republic during the 1920s and consequently became the capital of independent Tajikistan following the dissolution of the USSR. Last year the city celebrated its 90th anniversary. The name “Dushanbe” actually means Monday in Persian.

Increasingly the city is seeing more infrastructure develop to receive international visitors. A new terminal was opened at Dushanbe International Airport last September to allow for greater volumes of visitors and improve traveler comfort. Flights from regional hubs including Moscow, Istanbul and Dubai offer regular flight connections to the city. Tourist visas can now be issued on arrival, a government initiative aimed at improving the country’s tourism potential by making it easier for travelers to visit.

A number of five-star hotels have opened in Dushanbe over the past six years as demand for luxury accommodation, driven by economic development, foreign investment and high level conferences, continues to grow.

With 148 rooms and suites, the newest and largest is the Sheraton, managed by Starwood Hotels. This brand new hotel, located in a rapidly developing business district, offers international restaurants, cafes, bars and fitness facilities on par with any luxury hotel in the wider region.

The Serena Hotel is another popular luxury hotel in Dushanbe. It was built by the Aga Khan Fund for Economy and Development (AKFED) in 2011 as a uniquely Tajik experience, with local designs and symbols used in the décor and architecture. Established in 2009, the Hyatt Regency Dushanbe was the first major international hotel chain to open in the city. Nearby, a new luxury mixed-use development, Diar Dushanbe, is currently being built to cater to local and international demand for upmarket housing.

There is no shortage of high-level meetings and conferences taking place in Dushanbe. During 2014 it was nicknamed “The Diplomatic Capital of Central Asia” based on the high tempo of such events. The spectacular Kohi Navruz (Navruz Palace) hosted the 2014 Shanghai Cooperation Organization Heads of State Summit, which was attended by the presidents of Russia, China, Kazakhstan, Uzbekistan, Kyrgyzstan, Turkmenistan, Afghanistan, Mongolia and Iran.

The incredible building has been designed to reflect Tajik culture and diversity. Its various event halls are incredible to behold. Some have been painted in the ancient Persian manner with murals. Others are hand carved out of wood to reflect national symbols, while another is set with precious stones found across the republic. Murals of the nation’s heroes and poets have been set in a serious of domes around the outside of the building amongst gardens and fountains. The facility has been opened to the general public and even includes a bowling alley.

A series of resorts and cabins have been established in the adjacent Varzob Valley. Less than a 30-minute drive from the city center, this picturesque area offers nature, rivers and hot springs to Dushanbe residents looking for a relaxing getaway.

Tajikistan’s second largest city and northern business center is Khujand. Established more than 2,500 years ago, it is one of the oldest cities in Central Asia. A Greek settlement was even established here by Alexander the Great. Over the centuries it has played an important historical and economic role in Tajikistan’s development. Famous sites include the Panjshanbe Market (one of Central Asia’s largest markets), the Khujand fortress, and an impressive city museum. The city is also famous for its unique and delicious cuisine.

Khujand is largely powered by a nearby hydropower plant on the Kairakkum reservoir. This vast body of water is a major tourist attraction, especially during the summer months, and is nicknamed “The Tajik Sea” by locals.

Its most well-known resort is the brand new Bahoriston Sanatorium, meaning “Kingdom of Spring”. This amazing complex can host thousands of guests and offers not only crystal-clear waters for swimming or fishing, but also a full range of luxury facilities for sports, recreation, cosmetic treatments, and scenic hikes. Visitors can easily access Khujand itself, as well as mountainous nature and historical sites from this beautiful location. This year it is being used to host national Navruz events that include visiting delegations from neighboring countries which also celebrate the holiday.

Far and away the most popular destination for international tourism is the Pamirs in the country’s east. This vast, sparsely inhabited, high mountainous region was nicknamed “the rooftop of the world” by British explorers. It is home to vast swathes of ice and can only be comfortably explored during summer months. Over recent years ecotourism has prospered as more and more Westerners seek to access the remote wilderness.

From the capital city of Khorog, visitors can access glaciers, azure lakes and mountain streams juxtaposed against ancient ruins and friendly locals in traditional dress. It is home to the highest mountains in the former USSR and is regularly visited by hikers and alpinists from Russia, Europe and Asia.

Many cyclists and travelers take advantage of the Pamir Highway, which curves through spectacular scenery, mountain passes, remote villages and vast plateaus. Many rare and endangered fauna and flora can be seen along the way, including snow leopards, bears, Marco Polo sheep and wild mountain goats.

With everything to offer visitors from luxury accommodation in the capital, to a plethora of ancient sites and stunning nature, Tajikistan is a unique and welcoming country for tourism. It is certainly one of the region’s best-kept secrets for the intrepid adventurer.