Article - March 8, 2013
In February 2010, Kuwaiti lawmakers and the administration put aside their differences long enough to agree that the country was in sore need of an extreme infrastructure makeover 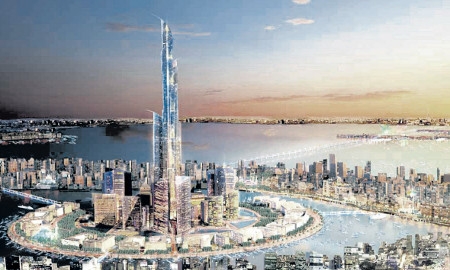 AN ARTIST’S RENDITION OF THE $132 BILLION SILK CITY, WHICH WILL HOST WHAT WILL BE THE WORLD’S TALLEST STRUCTURE: THE 250-STORY BURJ MUBARAK AL KABEER SKYSCRAPER
SHARE