President Tayyip Erdogan says that the G-20’s “narrow agenda focused on economic fundamentals” will be broadened by his country, encompassing issues such as inequality, climate change, and addressing the challenges of low-income developing countries 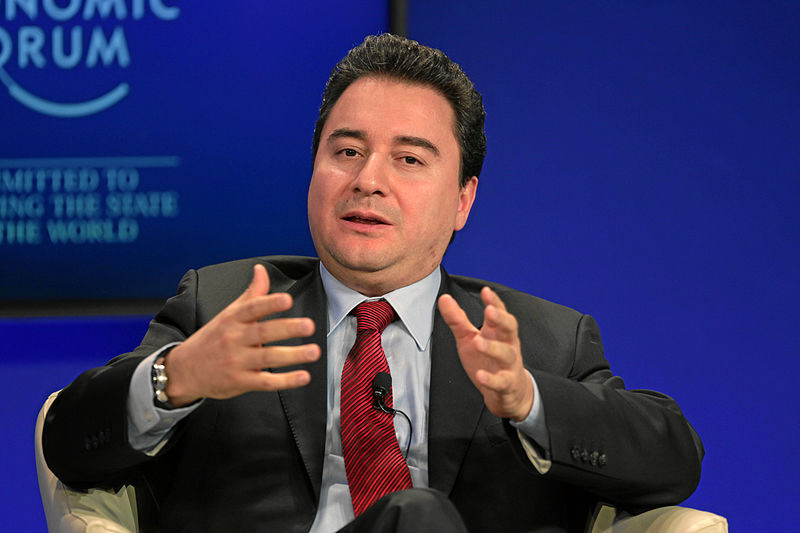 With the global economy still struggling to regain its pre-crisis momentum, ongoing unrest and the rise of Islamic State in the Middle East, and the U.S.-E.U. fallout with Russia over Ukraine, Turkey takes on the G-20 chairmanship at a crucial moment both economically and geopolitically—both for the country itself and the world.

Assuming the rotating presidency of the G-20 for the first time, Turkey, aims to take full advantage of its position to advance its role in global affairs and assert its presence in international diplomatic and economic institutions. It brings with it an expansive agenda which covers both domestic and global issues such as increasing employment; tackling corruption; strengthening the global economic recovery; creating inclusive, robust and sustainable growth; increasing energy security; and tackling climate change.

“Presiding the G-20, Turkey will have a unique chance to lead on issues such as trade, investment, financial stability, climate change, poverty and equality,” Turkey’s ambassador to the E.U. Selim Yenel tells The Worldfolio. “We are not particularly happy with the UN system, because it is restrictive, and only has five major players. Today there are many more relevant players, amongst which is Turkey. The G-20 is an area in which these countries can play a more significant role, and we would like to promote this.”

If the G-20 can fulfill the commitments laid down by Turkey, and previously by former chair Australia under the Brisbane Action Plan in November, global growth could rise by 2% from current sluggish levels (3.3% in 2014; 3.5% predicted in 2015) in as little as five years; this is according Turkey’s Deputy Prime Minister Ali Babacan who will oversee his country’s one-year presidency of the international forum.

“We will strive to build on the good work by our predecessors and lay the foundations for further progress for our successor, China. I hope that throughout our presidency, the G20 will continue to be focused, relevant and able to achieve positive outcomes in the areas of interest,” Babacan declared at a G-20 meeting in Istanbul in December.

“We are going to be giving special importance to the implementation of our growth strategies. The G-20 members have committed to more than 1,000 reforms to ensure that the objective of collective growth is met.”

Since the establishment of the G-20 in 1999, Turkey’s economy has grown impressively—360% between 2002 and 2013. It now stands as Europe’s sixth largest economy and 17th largest in the world.  A large part of Turkey’s economic ascendency can be attributed to its ability to attract foreign investment over the past 15 years. It is the second biggest reformer among OECD countries in terms of its restrictions on foreign direct investment (FDI) since 1997, and has managed to attract FDI of more than $100 billion in the past decade, with $13 billion injected alone in 2014. “Turkey has been a champion in attracting foreign direct investment,” says Ambassador Yenel.

This is perhaps why Turkey is the right country to bring forward a three-pillar agenda which includes strategies for ‘Investment for Growth’—the other two pillars of its G-20 programme being ‘Inclusiveness’ and ‘Implementation’ (hence why it has been dubbed the “Three ‘I’s” agenda).

“In most of the advanced and emerging market countries, there is a substantial need for investments, especially in infrastructure. We would like to introduce a new narrative to address investment gaps of G20 countries via concrete and ambitious investment strategies,” said Deputy Prime Minister Ali Babacan at the G-20 Istanbul meeting in December.

Under the pillar of ‘Inclusiveness’, Turkey aims to assure that the benefits of growth and prosperity are shared by all. This is particularly pertinent at a time when inequality has been brought to the fore in the aftermath of the global financial crisis. To achieve its goal, Turkey will emphasize issues pertaining to small and medium enterprises (SMEs), follow up a commitment on strengthening gender equality in employment, and address youth unemployment.

Another major feature of this pillar is addressing the challenges of low-income developing countries (LIDCs). Turkey has pledged to not only focus on the G-20 group, but to increase the representation of poorer countries at the forum. It aims to bridge the gap between developed and undeveloped economies by giving special importance to better integration of SMEs in poorer countries into global value chains. “As there is a strong correlation between participation in global value chains and GDP per capita,” Turkish Prime Minister Dr. Ahmet Davutoglu pointed in his message to the G-20.

Turkey’s presidency will also include engagement groups on energy and tourism, as well as forums for labor unions, youth, think tanks and women. It is offering a greater platform to the B-20 – a working group for the private sector that leads engagement with G20 governments on behalf of the international business community.

Only two months into Turkey’s chairmanship and of course it remains to be seen if it will achieve all it has set out to do. In November, two weeks before it passes the torch to China, Antalya will host the G-20 summit. It will be an opportunity for politicians, policymakers, business leaders, journalists and indeed citizens across the globe to assess whether Turkey has truly left an indelible mark on global policy and affairs during very testing times.