According to the OECD, by 2030 the global infrastructure gap is expected to total a staggering $70 trillion. This is a gap more closely resembling a gape, which is why infrastructure and energy are pressing issues on the table at this G20 Summit 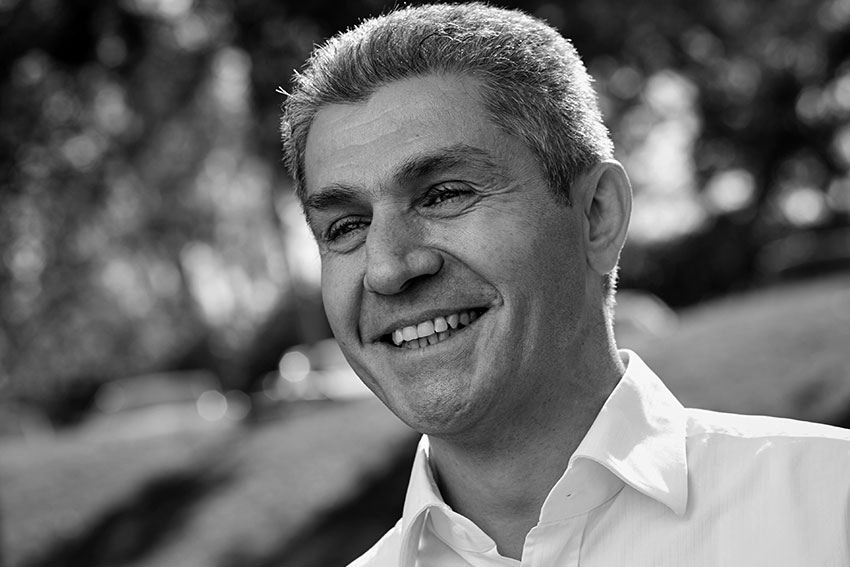 Over the past decade, Turkey has unleashed a number of large-scale projects and this trend shows no sign of slowing down. Using the public-private partnership (PPP) model the country is building tunnels, bridges, airports and canals, while its energy companies are contributing to massive pipeline projects spanning Eurasia that will deliver Caspian and Middle Eastern oil and gas to European markets.
The $10.2 billion Istanbul Grand Airport (IGA) is perhaps the finest example of these mega projects. “Our project is the biggest PPP project in Turkey and it will have a huge impact,” says Nihat Özdemir, Chairman of Limak Holding, a member of the airport consortium.

“We are planning to conduct an economic impact study within the coming months to show this project in detail. As you know, there is a huge debate in London on whether to build an additional runway at one of their airports. Both Heathrow and Gatwick were lobbying to be chosen but they were both advocating increasing the capacity in order to remain connected, attractive and competitive in the global market. We are building the world’s biggest airport for the same reasons.

Speaking on how this enormous project is being financed, Mr. Özdemir says, “IGA is a PPP project with a 25-year concession period. We are going to close financing in the fourth quarter of 2015. It is a long-term financial solution, which is mutually beneficial both for creditors and our consortium. A total of EUR 4.5 billion out of EUR 6 billion will be provided by a group of private and state banks.”

“Istanbul New Airport has many standout features,” he continues. “To name a few of them: it is going to have the world’s largest terminal complex, which is more than 1.3 million meters squared, under one roof serving 90 million people per year. In the initial phase we are going to have one terminal and three runways but when all phases are completed, it will be handling more than 150 million passengers with its three terminals and six runways. It will be serving more than 150 airlines and more than 350 destinations. It is expandable up to 200 million people per year. Currently more than 7,500 people are working for this project. It will generate 100,000 direct and 1.5 million indirect jobs.”

But why does Turkey need to build the world’s biggest airport? Mr. Özdemir replies, “The Turkish aviation industry has experienced double-digit growth rate since 2002. On the other hand, Istanbul is a popular destination for O&D (origin and destination) passengers as well. The recent MasterCard 2014 Global Destination Cities Index ranks Istanbul as the third most popular European destination for international travelers, behind London and Paris.”

Turkish firms are not only helping to address the infrastructure gap in Turkey itself, but also across the globe. Builder of the Eurasia Tunnel project, Yapi Merkezi Construction has been active in the Middle East and North Africa, and is now looking towards sub-Saharan Africa. “Africa needs a lot of infrastructure and this provides an opportunity for us to grow. Some of the major African cities also now need metros and tramways. We see a lot of potential there,” says Chairman Başar Arıoğlu.

“Regional countries need a politically and economically stable Turkey to enable their energy resources to reach the global market. Lots of countries should support Turkey in this goal”

Mithat Cansız, CEO of Turkish Petroleum International Company, says the country is geo-strategically situated in a very favorable position between the energy hungry west and the energy-surplus east, but he envisions a greater role for Turkey than mere transit.

“The Ukraine-Russia crisis and ISIS issue in Iraq have obviously increased the strategic importance of Turkey. In this context, as an alternative to Ukraine, Turkey can play a much more crucial role in transiting Russian oil and gas to Europe,” he comments.

Agreements Turkey has with the Iraqi central government and regional authorities have also helped facilitate the flow of crude oil from northern Iraq to the international market. A further agreement is in place for the transportation of 3-6 trillion cubic meters of natural gas from its energy-rich neighbour.

“Consequently, I am not satisfied with the role which has been cast for Turkey as just a transit country; I want it to be cast as an important international energy hub,” says Mr. Cansız. “Existing and planned oil and gas pipelines like BTC (Baku, Tbilisi, Ceyhan), BTE (Baku, Tbilisi, Erzincan), Blue Stream, TANAP (Trans Anatolian Natural Gas Pipeline), Kirkuk-Ceyhan, North Iraq-Ceyhan, and the Iran-Turkey gas pipeline reinforce this.”

Besim Şişman, CEO of Turkish Petroleum, says Turkey adds the element of stability to the global energy picture. “Even in its most troubled times, Turkey’s message to the world has been that peace is important. We can build not only an energy bridge, but also a cultural bridge. The G20 countries need to acknowledge that Turkey is the one economy that can connect the east and west, and to support us in this goal.”