Creating value in the indigenous upstream oil and gas sector

Article - December 19, 2012
Amni Petroleum has shown that an indigenous oil and gas company can survive and prosper in Nigeria – no mean feat, given the intense competition in this highly lucrative sector 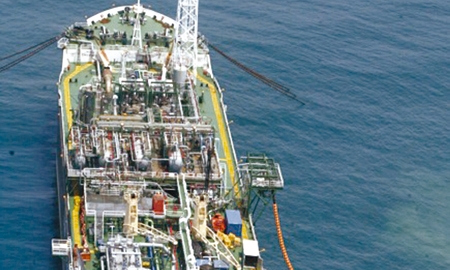 Since its incorporation in 1993, Amni International Petroleum Development Company Ltd has discovered and developed vast gas reserves, and has forged strategic partnerships with major players including Abacan, Total and Afren. The company was originally granted two five-year Oil Prospecting Licences (OPLs) which it successfully developed, and has since gone from strength to strength.

Exploration and drilling activities began in early 1995, in partnership with Liberty Technical Services, a subsidiary company of Abacan Resource Corporation of Canada. Full production started in December 1996, and during the first year of operation, a total of 6 million barrels of oil was produced, most of it exported.

As a result of this successful work programme, the OPLs were converted into long-term Oil Mining Leases (OMLs) in 1998 and 1999.

As part of an initiative to bring more accountability to operations in mid-1998, the partnership between Amni and Abacan was dissolved. Amni assumed sole operatorship of the concession, but the company faced enormous challenges, mostly financial, during this period. However, these hardships strengthened the company, giving it the advantage of experience, and Amni has lived up to the Latin motto “fortitudine vincimus” (through endurance we conquer).

Today Amni has set new standards for itself, and is determined more than ever to exceed them.

In 2005, Amni entered into agreements with Canada-based Total through its subsidiary Total E&P Nigeria Limited (formerly Elf Petroleum Nigeria Limited), under which Total acquired a 40 per cent interest in OMLs 112 and 117. Total relinquished its rights to the crude oil from the current developed reservoirs in Ima Field effective from April 2007.

Total subsequently relinquished both its right to participate in and any future right of re-entry into the development of Okoro/ Setu Fields. This allowed Amni, in March 2006, to enter into agreements with Afren Energy Resources, a wholly owned subsidiary of Afren Plc, for the Okoro/Setu (exclusive area) fields development.

However, Amni still maintains healthy deals with Total, with whom they have an agreement for IMA Gas, by which Amni develops the gas reserves until production, with Total then covering costs out of revenues from gas production.

The outlook for 2012 and 2013 is good, with Amni aiming to have at least eight producing wells under full field development – and the company is, as ever, looking for interesting partnerships. Founding Managing Director, Chief Tunde J Afolabi, a professional geologist with over 30 years experience in the oil and gas business, says:

“When Amni succeeds, its partners succeed, and vice versa. It is a symbiotic relationship where one does not look at the other as a junior or senior partner.

“The fact that we have operated all over the world with a varied background and the fact that we speak the language in terms of what it takes to succeed in business, I think is something that any company that is in business and who would like to partner would find comforting – they would not be joining with a novice, and they will succeed.”