Tanzania has it all for investors

Article - August 17, 2011
Tanzania is the ideal tourism investment opportunity because of its unspoiled and safe environment, hospitable people, vast land and diverse attractions 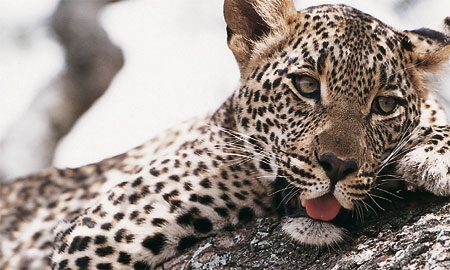 Travel and tourism in Tanzania is the country’s largest foreign exchange earner and provides employment for thousands of Tanzanians. The industry touches all parts of the economy and in 2008 it generated $1,27 billion in revenue for Tanzania. Also, the travel and tourism sector directly and indirectly provides employment for some 624,000 people. According to the World Travel and Tourism Council’s Economic Impact 2010 report, over the next 10 years the sector is expected to achieve annualized real growth of 5.8% and will be responsible for 776,000 jobs in 2020.

From pro-business policymaking to the development of key infrastructure and efforts to promote the country internationally, the government is throwing its full support behind the travel and tourism sector. Through the Tanzania Tourism Board (TTB), it is actively raising the nation’s global profile as an attractive tourism destination through various media campaigns and trade-fair publicity promotions around the world.

Investors potentially stand to make solid returns in the sector, thanks to the steady and fast-paced growth of tourism, the country’s focus on attracting high-end tourists, and incentives on offer. Opportunities to get involved include the hospitality sector. Some of the newest players on the Tanzanian hotel scene include Doubletree by Hilton, Holiday Inn, Kempinski AG, and Serena Hotels. Their presence already added greatly to the country’s increasing global appeal as a holiday destination.

Tourism-related transport infrastructure, such as cruise terminals and marine infrastructure could be built. Cruise ships and ferries could be run on Lake Tanganyika, Lake Victoria or at Dar es Salaam. Also, an existing railway line between Dar es Salaam, Tanga and Moshi could be rehabilitated and used to create a luxury tourist line passing through numerous attractions along the way, such as the Saadani National Park. An extension to Mombasa could even be envisaged based on the existing infrastructure.

Tanzania would also like to position itself as a hub for MICE tourism – meetings, incentives, conferences and events – and as such it needs to develop its facilities. Large convention centers, with a seating capacity of 5,000 to 10,000 people, would greatly boost the country’s position in that respect. Also, sport facilities present interesting opportunities as Tanzania promoted itself alongside the FIFA 2010 World Cup, with much hospitality infrastructure being refurbished and upgraded to meet international standards.