Transport and infrastructure, drivers of growth and connectivity

The government is working on five transportation modes: sea, lake and river, rail, road and air. Through interconnection, DRC aims to establish a unified and competitive supply chain. Similarly, it is to integrate efforts not only in infrastructure, but also in equipment and human resources 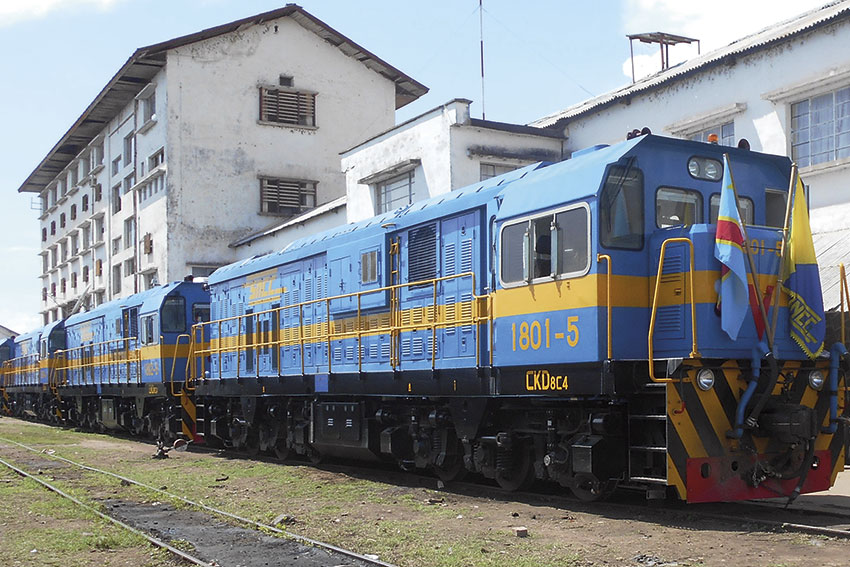 Emerging and developed countries alike require significant investment in critical infrastructure in order to reach their full potential. In the case of the DRC, its size, as well as its history of conflict, present both challenges and opportunities.

Based on the country’s unique geography and history, the government is working on developing five modes of transport infrastructure: sea, lake and river, rail, road and air. Through its access to the sea, the extraordinary resource of the Congo River and its regional interconnection, the DRC is seeking to establish a unified and competitive transport system, encompassing efforts not only in infrastructure, but also in modern equipment and human resources.

The DRC’s inherited system of roads and rail transport dates back to the colonial area, most of which has either been damaged or destroyed by conflict, or is ageing and in need of significant upgrade or repair. As a result, with the right amount of investment, the DRC now has the opportunity to bring its transport system decades forward, while creating jobs, attracting investment and improving the ease of doing business. Also, since it is an almost landlocked country with less than 40 kilometres of coastline, the DRC needs this transport infrastructure for regional inclusion, socioeconomic development and trade.

“Our geographical position requires the development of an intermodal transport network, domestically and beyond our borders,” explains Justin Kalumba Mwana Ngongo, Minister of Transport and Communication Channels. “We must seek partners to develop intra-African trade, making it an important development factor.” To develop and modernise the sector, the government has established a holistic approach based on three pillars: infrastructure (ports, airports, roads, railways etc.); equipment (trains, planes, ships, technology, etc.); and human capital, which includes the individuals equipped with the knowledge, training and skills to make the transportation system work.

Because the system is in need of such a significant overhaul, officials have the chance to develop an extensive intermodal transport system; which will significantly reduce transportation costs for trade, and increase general efficiency of the sector. In line with the government’s modernisation strategy, a new airline has been established, Congo Airways, as well as a project to construct a deep water port, in addition to a signal system extending inland some 4,700 kilometres up the Congo River.

“A country’s transportation network and communication channels represent the veins in a human body; without blood, the body cannot live. Communication channels are a country’s lifeline,” Mr Kalumba emphasises. In order to cover the whole territory, all modes of transport need to be utilised and connected in a way that encompasses the larger context of national and international trade. Since almost all international trade comes through sea ports, the government is planning a deep water port in the coastal city of Banana. To connect the country’s far-flung provinces to one another by road, the Reunification of the DRC by Road project was established in 2012 to rehabilitate 6,287 kilometres of roads that will improve connectivity from the interior of the country and to the main border crossing with neighbouring countries. In less than four years, over 4,800 kilometres have been executed, 78 per cent of the total envisioned. “Our geographical position requires the development of an intermodal transport network, domestically and beyond our borders We must seek partners to develop intra-African trade”
Justin Kalumba Mwana Ngongo, Minister of Transport and Communication Channels

Many other significant achievements have followed, including the rehabilitation and modernisation of the country’s international airports: Ndjili in Kinshasa, Luano in Lubumbashi, Bangoka in Kisangani and Goma; the creation of the TRANSCO company and purchase of 500 buses to improve urban public transport; the elimination of illegal taxes and charges in river and lake transport, as well as the acquisition of 38 train wagons to modernise rail transport, the rehabilitation of the ITB Kokolo boat and the construction of the MB Gungu vessel.

Connecting the two major cities of Kinshasa and Kisangani, which lie on the banks of the Congo River, divided by some 1,700 kilometres of navigable waters, could also help bring the DRC into the modern era of transportation. Thanks to the country’s natural geography, no dredging will be required, only a modern system of signals. From there, the government plans rail and road links to all corners of the country.

In terms of rail transport, the DRC already possesses the third largest network in all of Africa, and this mode of transport is second only to the Congo River. Today, the DRC boasts more than 5,000 kilometres of railways, but a significant portion is obsolete; dating from the colonial era.

Once again, policymakers see this infrastructure deficit as an opportunity to build a truly modern network that is in line with the country’s hopes and goals for the future. “It is important to include local knowhow and expertise in infrastructure works, in order to have adapted projects at competitive costs that really respond to the population’s needs,” concludes Mr Kasweshi.