Punta Cana. So close to being in paradise

Article - March 11, 2013
With white sand beaches and the most attractive accomodations, Punta Cana has become one of the most popular tourism spots in the world 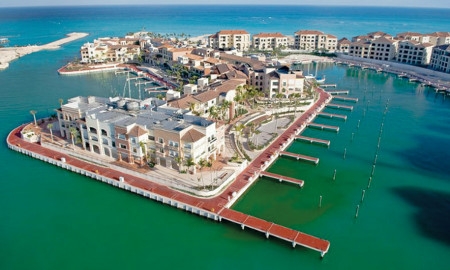 Punta Cana, as the country’s most popular and best known tourist destination, is a focal part of President Medina’s strategy to increase investment and tourist numbers in the country.
Last year 2 million people visited the Eastern area of the country where Punta Cana sits, making up 65% of all tourists to the Dominican Republic. This success in the east dates back to the area being the first to understand the role tourism can play in the future.
Back in 1971 local businessman Frank Ranieri was the first with the vision for tourism in the Dominican Republic and built Punta Cana’s first hotel.
He even personally leveled a stretch of land to create the runway for the first international airport in the country.
Mr. Ranieri invested in further development in Punta Cana and that funding led to the building of more infrastructure such as water electricity and roads at a quick rate, attracting foreign investment from companies such as Spanish tour operator Barceló.
In the beginning there was very little in the way of infrastructures and each hotel complex had to build their own. Times have changed in Punta Cana, however, as Ernesto Veloz, President of the Eastern Area Tourism Companies Association explains.
‘‘We have done a lot to develop tourism in the Eastern area of the Dominican Republic and we are pushing for future growth for the local people and hotel owners there. We have built roads, health care facilities and developed plans to improve education and the control of epidemics.
‘‘However investment could be greater. Currently the hotels do not have the money to be continuously updating. I think the Dominican government could do more to help in this way and create incentives so an investor in hotels can maintain a high quality of infrastructures without investing great sums.
‘‘The potential is huge here. In Punta Cana we have eight excellent golf courses designed by the sport’s best people and golf fans visit us from all over the world. Of course the beaches help to bring them here too, as well as the best hotels and the world’s first private airport,’’ Mr. Veloz explains.
‘‘What we must do is sit down and plan in what direction we wish to grow, and work out the best way to get there,’’ he insists.
One million of those visitors in the East last year came from the United States and Canada and Mr. Veloz believes the upward trend of North American tourists will continue.
‘‘Our North American visitors come in search of sun and good beaches and we have plenty of those. Madrid is eight hours away by plane while you can reach parts of the U.S. in only three.
‘‘European numbers have dropped due to the economic crisis, but while we once had 100 Germans coming for 15 days, we now have 300 Americans here for 5 days.
‘‘Last year we had an 89% room occupancy rate,’’ Mr. Veloz adds.