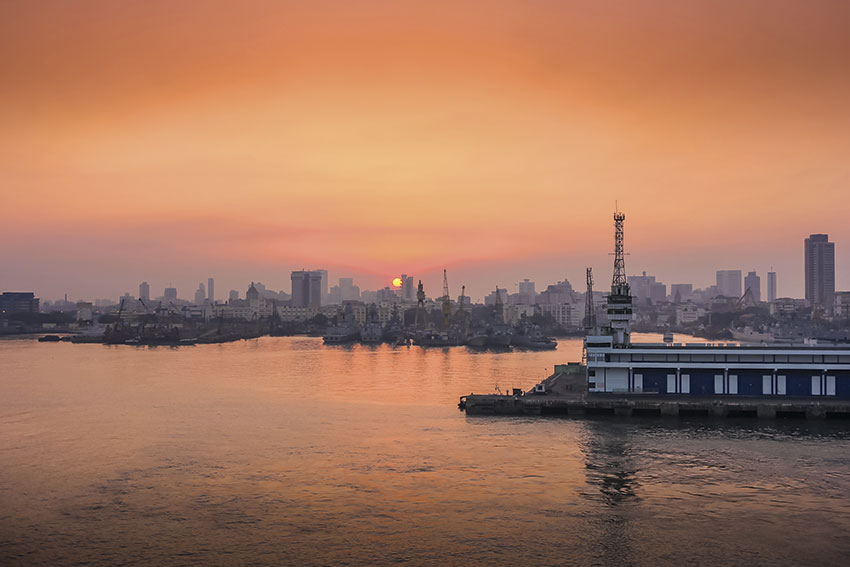 The second most populous state’s stunning offering of beaches, wild life, arts and crafts, heritage sites, and even Bollywood is perfectly positioned to be a natural leader in tourism.

Mrs. Valsa Nairs-Sing, Principal Secretary, Tourism and Culture for the Government of Maharashtra, believes that the state, which focused on industrialization has seen a shift in the past two years to tourism. “By the end of the “Visit Maharashtra Year 2017” we must be able to say that this is a state recognized for tourism.” She continues, “Maharashtra is the state with the largest number of foreign tourist arrivals in India.”

She continues, “One word to define brand Maharashtra is richness; the richness of its cultural legacy, embodied by the remains of the Maratha Empire and its architectural marvels.”

With over 120 million Indians calling the Western state home, tourism will be widely considered a big game changer due to the sectors employment potential that will prove opportunities for skilled and unskilled individuals alike. Mumbai, the state capital and most populous city in India with 18 million inhabitants will feel the economic benefits of the tourism increase.

India’s travel and tourism industry has huge growth potential and is an area expected to bring in major sources of revenue for the South-Asian nation. Tourism in India accounts for 6.8 percent of the GDP and direct contribution totaled $44.2 billion in 2015. By 2025, the direct contribution of travel and tourism to GDP is expected to grow 7.2 percent per annum to $88.6 billion.

Already at the forefront of tourism in India, the state makes up a large percentage of foreign and domestic tourists visiting every year. “Maharashtra is the leader in the country with respect to foreign tourist arrivals (20.8%) to India and one of the leading states for domestic tourist visits (7.2%),” state’s Minister of Home Marketing, Public Health and Tourism, Ram Shinde.

The state government is willing to offer airlines incentives to boost regional connectivity within the state by underwriting seats of the airlines. The motion ensures the viability of business proposals to connect small cities such as Kolhapur, Aurangabad, with bigger cities like Mumbai. Other incentives include the E-visa scheme, which is expected to double tourist inflow to India. “Enforcing the electronic travel authorization (ETA) before the next tourism season, which starts in November, will result in a clear jump of at least 15 per cent, and this is only the start,” according to Madhavan Menon, Managing Director of Thomas Cook India.

Furthermore, as tourist numbers increase, it is expected to attract the foreign direct investment (FDI) for the tourism sector including hotels. As part of a single-window system, 100 per cent FDI is allowed through the automatic route as an attempt to embrace investors with open arms. The reforms are across 15 sectors and the purpose is to further ease, rationalize and expedite the process.

Although there are major attractions for major investments and FDI, there are some concerns about infrastructure and connectivity. Investors with hotels located by the ocean are concerned with the state of roads leading there says Mrs. Valsa Nairs-Sing. “This is a challenge we need to address with the right policies and incentives.”

“By the end of the ‘Visit Maharashtra Year 2017’ we must be able to say that this is a state recognized for tourism.Maharashtra is the state with the largest number of foreign tourist arrivals in India. One word to define brand Maharashtra is richness; the richness of its cultural legacy, embodied by the remains of the Maratha Empire and its architectural marvels”

Lalsa Nairs-Sing, Principal Secretary, Tourism and Culture for the Government of Maharashtra

The chief Minister of Maharashtra Devendra Fadnavis believes that there are steps taking to address these concerns. “We are creating a super expressway from Nagpur to Mumbai. It is an 800-kilometer access control road. This road can drive our entire economy as it brings closer together all four parts of Maharashtra,” he says.

Maharashtra is a vast canvas rich in the colorful art and culture with an impressive historical legacy. It is a majority Hindu population with Muslim and Buddhist minorities. The diversity offering of the state includes, scenic mountains, and untouched widespread coastline, that also include innumerable wildlife sanctuaries and forest areas. “Maharashtra is also the Tiger capital. Ninety percent of the country’s Tigers are in Maharashtra and sixty percent of the world’s tigers are also in the state alone.”

The new tourism campaign to be launched this year envisions Maharashtra as the number one tourist destination by developing a robust tourism infrastructure and facilitating investment in the sector.