Article - April 29, 2014
Visitors to Pakistan can witness for themselves the land of legend where ancient history lives on, whilst enjoying first-class hospitality and a vibrant culture 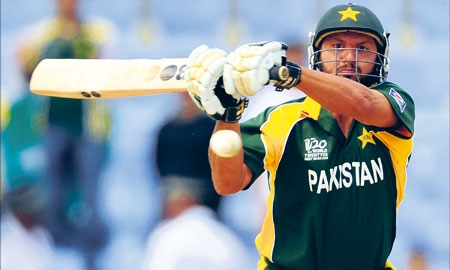 Breathtaking geography, enchanting relics from ancient civilisations and a hospitable, young and dynamic population greet visitors to Pakistan today. As a tourist destination, it is one of the world’s best-kept secrets. Not only does Pakistan offer some of the highest and most spectacular mountain ranges in the world, but it also boasts the architectural splendour of the Mughal Empire, the drama and adventure of the Khyber Pass, and the captivating beauty of the Karakoram Highway, which travels 800 miles beside the Indus and Hunza rivers, over high mountain passes into central Asia.

Although subject to undeniable security problems in some areas, Pakistan offers a number of advantages. Tourism is minimal and much of the country remains undiscovered by international travellers. Pakistanis are by nature a welcoming people and meet travellers with genuine interest and enthusiasm. Its ancient bazaars offer unrivalled shopping. The cuisine is one of the most multi-facetted in the world and the culture and music among the most colourful to be found anywhere.

Located at the crossroads of South Asia, Central Asia, China and the Middle East, Pakistan’s culture reflects its rich heritage and diverse influences. The Indus Valley civilisation, one of the oldest in the world dating back at least 5,000 years, flourished in the land that presently makes up Pakistan. Waves of conquerors and settlers, including Persians, Greeks, Scythians, Arabs, Afghans and Turks, all contributed to its culture over the centuries. The Mughal dynasty that dominated the Indian subcontinent in 16th and 17th centuries left behind numerous architectural treasures. British rule in the 18th century had a profound impact on modern Pakistan as well, where English is one of two official languages and is spoken widely across the country.

The historic city of Lahore is considered Pakistan’s cultural capital and showcases several outstanding examples of Mughal architecture, such as the Lahore Fort and the Shalimar Gardens, both of which are UNESCO World Heritage sites. The Badshahi Mosque (pictured above) epitomises the beauty, passion and grandeur of the Mughal era and is Lahore’s most famous landmark. Capable of accommodating 55,000 worshippers in its main prayer hall and a further 95,000 in its courtyard and porticoes, it remained the largest mosque in the world from 1673 to 1986, when overtaken in size by the completion of the Faisal Mosque. This elegant landmark, located in the capital city of Islamabad, occupies some 54,000 square feet, with 300 foot-high minarets and a 130 foot-high main prayer hall. Shaped like a desert Bedouin’s tent, it overlooks the city and sits against the picturesque backdrop of the Margalla Hills.Pakistan’s mountainous northern region has long been a favourite for climbers, hikers and adventurers. “One would forget Switzerland for instance, if you were once in view of K2,” the world’s second-highest mountain, says Khawar M. Butt, Chairman of Pakistan’s English Biscuit Manufacturers and leading businessman. “If you really want to see heaven on earth it is our northern region.”

Gilgit, the capital of Gilgit-Baltistan province in the country’s northeast, is a flourishing town located at an elevation of 5,000 feet and is best known for its cold weather, warm-hearted people and a variety of fabrics, chinaware and handicrafts. Gilgit is a major hub for mountaineers and nature lovers as it connects with popular destinations like Naltar, Hunza, Nagar, Skardu, Deosai, Haramosh and Astore. Also in the country’s stunning northern region, Shigar is a small peaceful village situated on the banks of a river that shares its name. The valley in which it stands is one of only two routes leading into the high Karakoram mountains, and was once a separate kingdom in its own right.

Nowadays, all that remains of this kingdom is the Shigar Fort Palace, which is known locally as Fong Khar and was once the palace of the former Raja. Anyone wishing to make a stop here should take a look at the Serena Hotel Group’s unique properties, the Serena Shigar Fort and the Gilgit Serena Hotel. Located on the route to Pakistan’s famous peaks, Serena Shigar Fort is a unique heritage site that offers travellers the opportunity to experience the restored original architecture of the 17th century Raja Fort Palace, while enjoying the modern amenities and services of a luxury guesthouse. Gilgit Serena is a lodge-type hotel set against a backdrop of the stunning Karakoram mountains.

In terms of cuisine, Pakistan’s enduring history has also left its mark. By around 3000 BC, sesame, eggplant and humped cattle had been domesticated in the Indus Valley, and spices like turmeric, cardamom, black pepper and mustard were harvested. Today, these colourful and aromatic flavours are used along with brown cardamom, green cardamom, cinnamon, cloves, nutmeg, mace and black pepper in a wide variety of dishes throughout Pakistan.