Jordan is moving ahead with its 25-year master plan for sector development, with tourism receipts growing yearly as more tourists are attracted to this mystic land 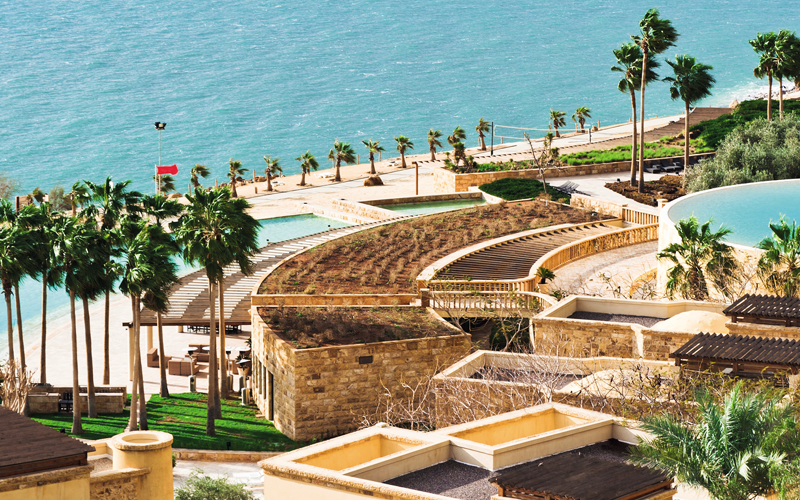 Nestled in the Fertile Crescent lies a peaceful nation with a long and rich history to share with the world. In this region lies the ‘Cradle of Civilization’, Jordan, home to some of the world’s most ancient and meaningful sites. It is bordered by Israel and the Dead Sea on the west, but it is also bordered by Syria on the north, Iraq on east and Saudi Arabia to the south. Despite instability among its neighbors, Jordan remains a safe and stable land that benefits from strong diplomatic ties with the U.S. With Jordan’s rich cultural heritage, its stunning beauty and mouthwatering foods, as well as the fact that tourism is considered an important economic sector, the country is poised to move ahead with its 25-year master plan for the sector’s development.

Recently, a memorandum of understanding was signed between USAID’s Economic Growth Through Sustainable Tourism Project and the Jordan Tourism Board to help promote and market Jordan, meaning USAID will fund Jordan tourism’s social media and TripAdvisor marketing efforts. This is big for the country, and it is one more avenue through which the countries will have strengthened their 60 year-long diplomatic ties.

Thanks to Jordan’s storied and intricate cultural heritage, leisure demand remains the key tourism driver. One of the main elements of the kingdom’s tourism master plan is the development of this area. The current goal is to increase tourism receipts by 30% to JD4.2 billion ($5.9 billion) for 2015, and one of the pillars toward achieving this goal has been product development. From 2004 to 2010, the number of hotels in Jordan increased 22%, and the number of tour guides increased by nearly 60%. These benchmarks will make it easier for visitors to access the country’s impressive sites, and they will contribute toward strengthening Jordan’s brand as a distinctive, world-class destination for major international markets.

Jordan is also diversifying its growing tourism sector. A variety of tactics have successfully attracted more Asian visitors over the course of one year. Visitors from Pakistan increased 64.2%, while visitors from both Bangladesh and Malaysia increased more than 40%. In light of this success, the country is looking toward Africa to attract more visitors by marketing the country’s numerous holy sites.

As Jordan experiences more success in attracting tourists, Queen Alia International Airport (QAII), the largest airport, serves as an example of how developing infrastructure in the nation can help with tourism expansion. Despite declining tourism numbers from the West, the airport reached the record number of 700,000 passengers during August 2014.

“I have always said, and I maintain this, that infrastructure in itself does not create a new market,” says Kjeld Binger, CEO of Airport International Group (AIG), the Jordanian firm in charge of rehabilitating, expanding and operating QAII. “However, it is very helpful. So, having an infrastructure that makes people say ‘Wow!’ when they arrive I believe has a very positive effect on the country’s incoming visitors.”

The growing number of tourism arrivals has made the call for a new airline carrier louder. Although Royal Jordanian is experiencing difficulties, AIG’s heavy investment and concession agreement are reasons for optimism about future development. Mr. Binger says the total investment estimates have been changed from $900 million to somewhere in the range of $1.2 billion. Additionally, estimates for capacity after 25 years have been changed from 12 million passengers to 16 million.

“There is a tangible optimistic vibe materializing in higher investments,” Mr. Binger says.

Jordan’s tourism sector has been a major asset of the country since 1953. In over 60 years, the small bureau that started supervising tourist affairs in the kingdom has evolved into the current Ministry of Tourism, overseeing a sector of the economy that constitutes 13% of the country’s GDP.