A huge rise in international tourism earnings were unveiled at the annual tourism and travel summit in Madrid, where industry leaders congregate to tackle the sector’s future development and challenges 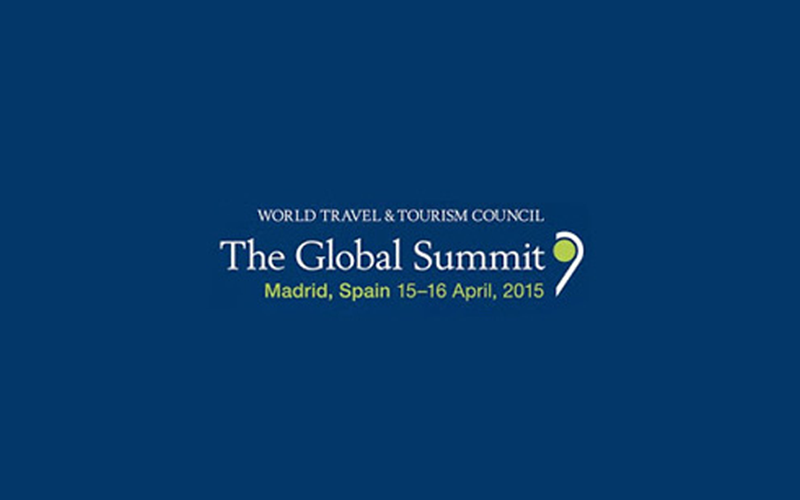 The World Tourism Organization (UNWTO) announced that global tourism receipts increased by US$48 billion in 2014, as the 15th Summit of the World Travel and Tourism Council came to its conclusion in Madrid on 16th April.

A further $221 billion was generated from international passenger transport, announced UNWTO Secretary-General, Taleb Rifai, who was joined at the two-day event by more than a thousand industry professionals to discuss the important issues of the sector.

Tourism has become an “a cornerstone of social transformation in the world,” said Mr. Rifai in his speech to attendees. “In a scenario with decreasing commodity prices, spending on international tourism grew significantly in 2014, proving the sector’s capacity to stimulate economic growth, boost exports and create jobs.”

CEO of the World Tourism and Travel Council, David Scowsill, was also keen to highlight the importance of the industry on a global level. “Travel & Tourism is one of the most important generators of jobs and wealth in the world, contributing over $7.6 trillion in GDP to the world economy and supporting 277 million jobs, which is 1 in 11 jobs on the planet.”

The WTTC summit, which brought its travelling roadshow to Europe for the first time in eight years on April 15-16th was convened under the theme of ‘Disruption and Reinvention.’  While the industry’s achievements during 2014 were main talking points, much of the discussion at the summit focused on ‘disruption’, considering the economic upheaval of the last decade, the threat of terrorism and geopolitical uncertainty.

Although all speakers acknowledged the challenges, many were also highly optimistic about the industry’s ability to overcome them, with general opinion expressing that the success of the sector could only be optimized if government and companies worked together.

“It is an indisputable fact that it is people who will shape the future of our industry – our consumers, the world’s citizens and governments, the entrepreneurs of tomorrow, and our own employees,” said WTTC chief Mr. Scowsill.“We need to engage and listen, sharing the messages that this industry needs to convey.”

The role of technology in the future tourism sector was also one of the most highlighted issues at the summit, which played host to CEOs of companies such as Amadeus, Ryanair and Booking.com.

“There are challenges, but there are opportunities too, and technology will be key to competing,” said Luis Maroto, Amadeus CEO. “Technology companies have to work with travel providers to meet the new demands of the traveler – if we work together we can sustain growth in the travel industry.”

With further regard to the continued development of the of the tourism industry,  the leading global travel organizations in the Global Travel Association Coalition (GTAC), which includes the UNWTO and WTTC, launched a manifesto for future growth at the Summit. The manifesto, 'Powering Travel and Tourism into the Next Decade: An Agenda for Growth and Development', sets out four policy areas for governments and industry to address. The demands relate to travel facilitation, infrastructure development, environmental sustainability and investment in human capital.

UNWTO Secretary General Taleb Rifai described it as "an agenda to align our advocacy and action", and issued a call for action amongst the industry’s players, who will reconvene at next year’s WTTC Global Summit in Dallas, Texas.