Tough decisions get Egypt back on track

The new reform program seeks to revive Egypt’s growth prospects by restoring stability and confidence in the economy, and implementing structural reforms that will create jobs 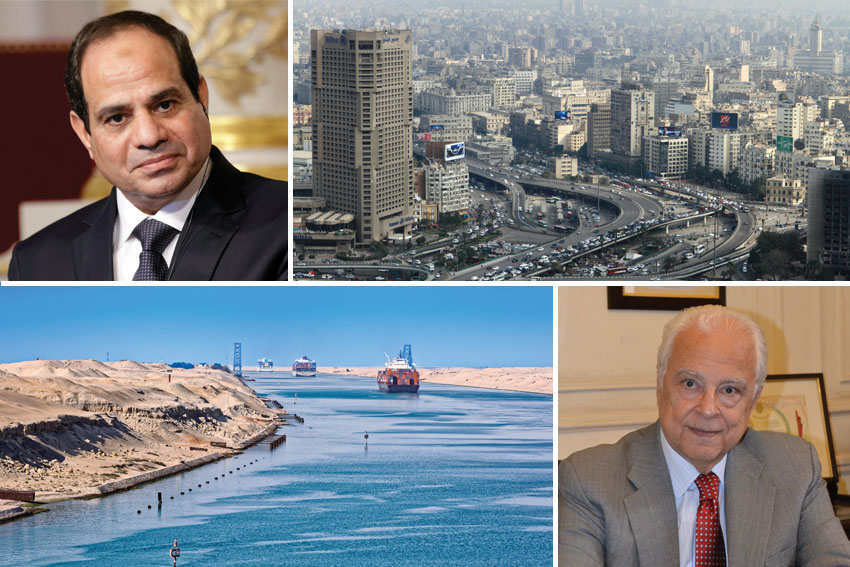 In spite of the many great challenges that Egypt continues to face as a nation following an extremely tumultuous recent period in terms of security and economic issues, 2016 turned out be another breakthrough year on certain fronts.

If 2015 was marked by the momentous Egypt Economic Development Conference – a bold statement to the world that the country was back on its feet again and open to business (investment deals worth a total of $130 billion were signed at the landmark event), 2016 was characterized by the implementation of the boldest reform plan seen in Egypt since the 1980s; reforms that persuaded the IMF to agree to a long-delayed $12 billion loan program over three years, intended to restore public finances and refresh the interest of foreign investors.

The new reform program seeks to revive Egypt’s growth prospects by restoring stability and confidence in the economy, and implementing structural reforms that will create jobs. As noted by IMF Managing Director Christine Lagarde on announcing the loan, “the program is by the Egyptian government, for the Egyptian people, and to help the Egyptian economy.”

“God will also judge and so will history. All the difficult decisions that many hesitated to take over many years, that they were afraid to take, I will not hesitate to take for one second”

Egyptian President Abdel Fattah el-Sisi has ensured that he is committed to pushing through the reforms necessary to turn the economy around, seemingly undeterred that one of major facets of the plan is the slashing of subsidies, a potentially politically troublesome issue that previous administrations have thought best to avoid.

“It is not only you who will judge me,” said President el-Sisi addressing the nation on the reforms. “God will also judge and so will history. All the difficult decisions that many hesitated to take over many years, that they were afraid to take, I will not hesitate to take for one second.”

And President el-Sisi hasn’t gone back on his word. Just since October 2016 the government has implemented tough measures that successive governments had postponed, such as imposing a value-added tax, capping public sector salary increases, cutting fuel subsidies, and allowing the Egyptian pound to float so its value halved against the dollar. While the immediate impact of these actions has been a spike in inflation, Mr.  el-Sisi has sought to help the poorest segments of society with cash handouts and a government-funded food program.

As a positive consequence of the measures in the short-term, the Egyptian finance ministry is aiming for an economic growth rate of 5% in the next financial year, according to its 2017/18 budget (up from 4.3% in 2016). The ministry also hopes to reduce the budget deficit to 9.5% of GDP, and the total public debt to 94%, while targeting an unemployment rate of 11%, down from the current 12.6%. With further sound implementation of the reform program, growth could rebound to 6% by 2021 – similar to the levels in 2005-2010 – according to the IMF.

In terms of long-term economic strategy, then there is Egypt’s Vision 2030 too, of which the final draft was also outlined during 2016 by President el-Sisi. The government’s sustainable development plan for the next decade and a half aims to raise GDP growth to 12% by 2030 and expand the contribution of the private sector to 75% of GDP up from 60%. Additionally, the unemployment rate is targeted at 5% in 2030 (down from 12.8% in 2015), while the population poverty rate should fall to 15% (down from 26.3%).

On unveiling these ambitious plans, President el-Sisi pointed to the developmental progress already made by his government over the previous 24 months, including the 5,000-kilometer national road network currently under construction, the state’s success in addressing its power shortage problem (new power added to Egypt’s national grid by the end of 2017 will amount to half of the country’s total generating capacity), as well as the fulfilment of the New Suez Canal project.

The Vision 2030 program, which aims to revive Egypt’s leading role in the Arab world, is not just a purely economic strategy however. Aside from sustainable economic development, the program aims to turn Egypt into a fairer, more interdependent society, characterized by equal economic, social, and political rights.

Whether Egypt can achieve such lofty ambitions remains to be seen over the coming decade or so. But one thing that is for certain is the immense potential the country holds. It has a dynamic and young population, a large market size, a favorable geographic location, as well as access to important foreign markets, while the opening of the parallel Suez Canal, large investments in the energy sector, and the discovery of a major gas fields also bode well for Egypt’s development.

Despite the many internal and external challenges affecting the country, you can always count on Egyptians to show remarkable grit and determination too, affirms Osama Bishai, the Chief Executive Officer of one of the Middle East’s leading construction and engineering firms, Orascom Construction.

“Egypt has always been a country where growth expansion and achievements are made by real hard work,” he says. “We never had sudden influxes of wealthy oil discoveries. It’s all done through hard work, focusing on markets and creating value.

“Egypt also represents a huge consuming market of currently 90 million people. And you can see that over the years, when its people and organizations went through tough times, they’ve weathered through and sustained their existence. It is the nature of the Egyptian people.”

“We are a nation that has developed a survivor culture. We’re the only country that has nowadays almost the same borders we used to have 5,000 years ago. That’s got to tell you something”

Mohamed S. Younes, Chairman of one of the leading fund managers of Egyptian securities, Concord International Investments, agrees. “We are a nation that has developed a survivor culture,” he says. “We’re the only country that has nowadays almost the same borders we used to have 5,000 years ago. That’s got to tell you something.”

Mr. Younes particularly believes that the key to the nation’s future success lies with its large youth population. “We’re a country with 90 million people; and this is growing at a fantastic rate,” he stresses. “Twenty-seven percent of the population is under the age of 30, which is such a tremendous resource. Embracing this the right way and taking advantage of it is the greatest challenge.”

The New York-based Con has seen first-hand the interest of U.S. investors in the Egyptian market.

“In the last year, Concord generated two billion dollars by selling [Egyptian companies] Amon and Bisco Misr, which were both sold to U.S. investors. It’s a matter of timing, investors are prepared to come to the market.

“We will keep buying the companies and offering them, that’s what we do. We are interested in managing money. We want to be the best at what we do, which is investment management, and we want to do this by being completely focused. So, we’re not jumping and venturing into buying banks or brokers, we’re not interested in the headlines.”