Article - August 17, 2011
TOL is an active partner in the development of Tanzania’s industrial and medical capacity 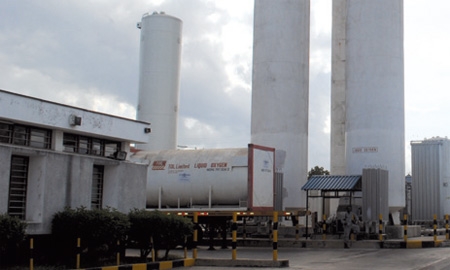 Under revived management, Tanzania’s TOL Gases is making an about face and is on the brink of becoming one of the country’s more successful companies.

Established in 1950 as East African Oxygen Ltd. and later partially nationalized, TOL Gases is once again privately owned; this time, by a group of Tanzanians in association with the Swedfund. According to Juma Matawalo, the former managing director, the company is determined to raise production, increase market share, diversify, and turn itself into a profitable enterprise.

“I wanted to be remembered as the first managing director to enable the company to pay dividends to the shareholders,” says Mr. Matawalo. He adds that TOL aims “to capture and expand the company’s market share of around 54% to around 70-80%, increase revenues, decrease costs and earn more profits.”

Because the company relies heavily on investment, TOL Gases constantly seeks new ways of attracting capital. Indeed, it was the first company listed on the Dar es Salaam Stock Exchange back in 1998. And, since 2005, it has spent Sh3.2bn (USD2.2m) on upgrading and expanding production and distribution infrastructure.

TOL Gases is Tanzania’s leading producer and distributor of industrial and medical gases, as well as welding and healthcare equipment. In terms of expansion, TOL Gases is beginning to export oxygen to Kenya now and will soon enter Burundi. According to Mr. Matawalo, however, the company needs to expand its production capacity to meet the growing local and regional demand in CO2. He has also identified the need to modernize the usage of gases in hospitals as a way to increase sales.